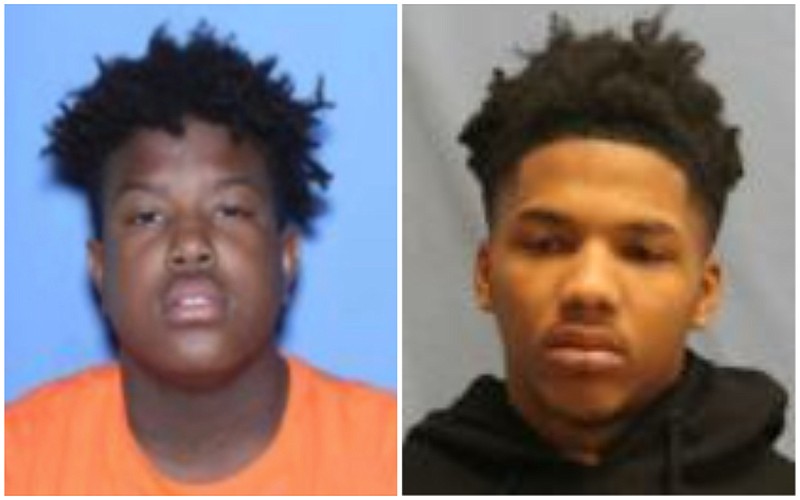 Police on Monday took into custody a second suspect in a Little Rock shooting that killed a 10-year-old girl and left a man critically injured, according to authorities.

Eric Hall Jr. was the second suspect to surrender in the Saturday shooting, which happened at Boyle Park, Little Rock police said in a Twitter post on Monday. Another suspect, Ladarius Burnett, has also surrendered, according to a separate post by police on Sunday.

Officers responded just before 4 p.m. Saturday to the park for reports of a subject down, according to a news release from Little Rock police. A 10-year-old girl who was shot later died at Arkansas Children’s Hospital, police said.

The 10-year-old, who was identified by her mother in a Facebook post Sunday as Ja'Aliyah Hughes, was a fifth grader at Otter Creek Elementary within the Little Rock School District.

The district released a statement Monday stating they would make counselors available for staff, students and family affected by the shooting.

“Losing a child is one of the most unimaginable tragedies that could happen,” Superintendent Mike Poore said in the release.

“That burden becomes even more overwhelming when the loss of that child is from senseless violence. The 10-year-old was a bright student who had her life ahead of her and we can only imagine what she would have become," he said.

Kejuan Mcgill, 22, of North Little Rock, was also shot, according to a police report. Mcgill was transported by private vehicle to Baptist Health Medical Center, where he was taken into surgery.

This story has been updated. It was originally published at 12:40 p.m.