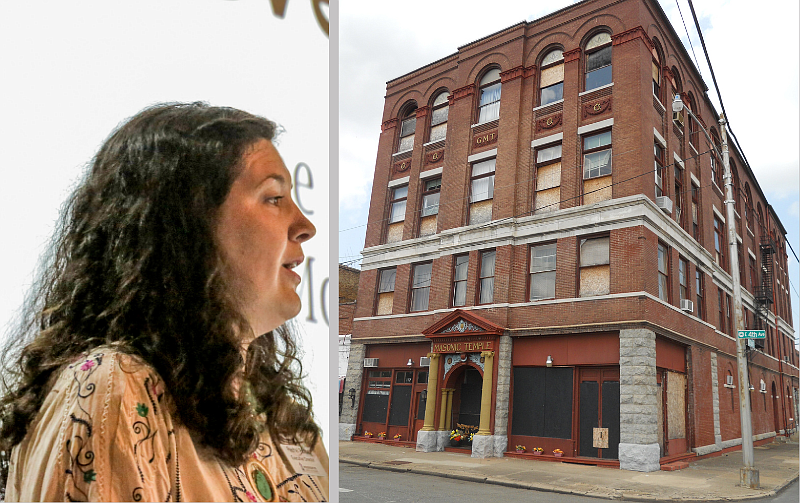 But born out of that cancellation was a new endeavor for the organization to celebrate Women’s History Month called “Rightfully Hers,” a mapped trail of locations associated with women's activism or women activists in the state.

The organization built an interactive digital map with information about all the locations and women. Participants who visit at least five sites in-person and submit photos documenting the experience will receive a commemorative button.

“This is something that people can enjoy from your living room, if you want to just look at it on your laptop or on your phone at home,” said Rachel Patton, a board member of AWHI who contributed to the project. “Or you can get out and actually go see the sites.”

Members of the institute brainstormed ideas for some kind of scavenger hunt or map and landed on the idea for the trail, which lends itself to safe in-person exploration, something AWHI President Amanda Whitley said is desirable during the pandemic.

The organization then decided to expand the focus of the event to all women’s activism in Arkansas history, across all regions of the state. The trail includes both individuals, events and locations that are related to women’s history.

Some notable women highlighted on the trail include author Maya Angelou, raised in Stamps, and Hattie Caraway, the first woman ever elected to a full term in the U.S. Senate, who lived in Jonesboro.

Events featured on the trail include the Little Rock Kellwood Garment Workers’ Strike, which occurred in 1966 and pushed for unionization and integration of the factory, and a 1919 meeting of the African American Order of the Eastern Star in Pine Bluff to support the 19th Amendment and voting rights for Black women.

“I'm glad that with this project it's not only the women, it's also sites that are relevant to women's history in Arkansas and kind of really bringing that history to life,” Whitley said. “A lot of people need to see those sites and those buildings or those placards to actually believe that it happened.”

Patton said members also tried to include in the trail women from minority backgrounds, especially women of color — a group overall underrepresented in traditional historical accounts.

"We don't do a good job across the country identifying sites that are historically associated with women or with people of color," especially women of color, Patton said.

Whitley said although the opportunity to earn a button expires at the end of March, the trail won’t go away, and as the weather warms throughout the spring and summer, people can keep exploring.

“It's a never-ending project,” Whitley said. “We won't necessarily add more sites to it right now, but you can always go back.”