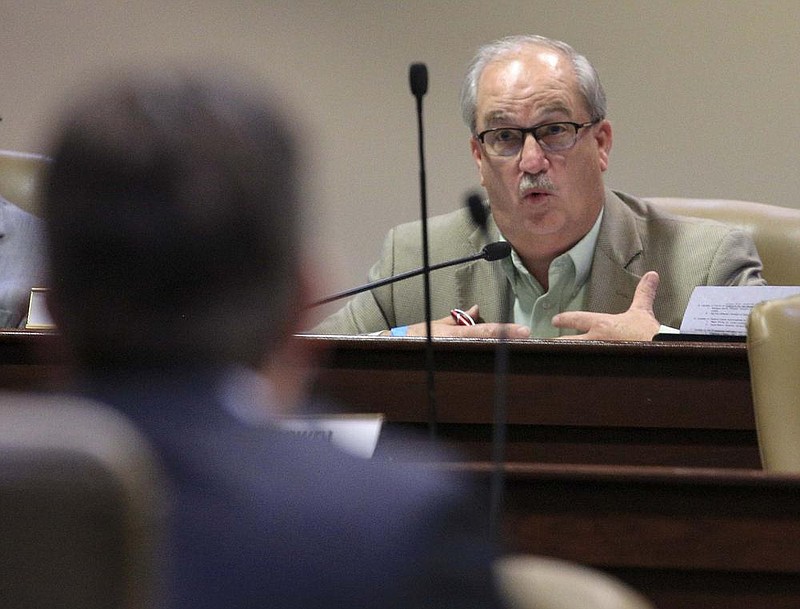 A bill that would allow health care workers, hospitals and insurance providers to decline to provide services that violate their conscience has passed in both chambers of the Arkansas Legislature.

Senate Bill 289 by Sen. Kim Hammer, R-Benton, called the "Medical Ethics and Diversity Act," would allow providers to opt out of procedures they don't agree with based on their religious or moral beliefs.

Co-sponsor Rep. Brandt Smith, R-Jonesboro, said the bill gives a remedy to those providers to defend themselves and emphasized that the legislation is procedure-specific, while opponents of the bill say it's unnecessary and will lead to discrimination.

"Why do you need a remedy for something that's not happening?" House Minority Leader Tippi McCullough, D-Little Rock, said. "There will be some that will use this to discriminate or to make folks feel uncomfortable in a lot of ways. To take one of our liberties, religious freedom, to believe as you wish, and to twist it to infringe on other's rights, even medical rights, is reprehensible."

The bill will go back to the state Senate for concurrence on amendments approved by the House. If approved there, then it heads to the governor's desk.

Smith said SB289 is modeled after laws in place in Mississippi and Illinois, neither of which have faced a legal challenge in regard to discrimination, including from the American Civil Liberties Union.

Other lawmakers have noted the differences between those two laws and Arkansas' bill, including a provision of the Mississippi law that prohibits discrimination based on race, ethnicity, religion or sexual orientation, among other characteristics.

He added that the bill has been vetted by the Alliance Defending Freedom, a faith-based legal advocacy group.

Smith invoked the 2020 U.S. Supreme Court case Little Sisters of the Poor v. Pennsylvania, which involved a Catholic charity that did not want to provide contraception coverage for its employees. The court ruled in favor of the charity, upholding a rule from then-President Donald Trump's administration.

"It went against the tenets of their faith and their conscience," Smith said.

SB289 has the backing of Arkansas Surgeon General Greg Bledsoe as well as the Arkansas Family Council, a conservative education and research organization.

"State law's current conscience protections are narrowly focused. They protect only a limited number of people," the organization said in a blog post Monday afternoon.

The bill has opposition from reproductive-rights and disability-rights groups, as well as from the University of Arkansas for Medical Sciences; the local chapters of the National Association of Social Workers and the American College of Emergency Physicians; and the Arkansas State Chamber of Commerce, whose president spoke against the bill in committee last month on behalf of Walmart and Tyson Foods.

SB289 was advanced by the House Public Health, Welfare and Labor Committee on the second try last week. It was voted down last month in the first time it went before the committee, after opponents of the bill said it could have implications on the dispensing of birth control and on the care for gay, lesbian and transgender patients.

The amended version of the bill also includes a section on protocols for employers of health care workers to handle practitioners declining to participate in a health care service for reasons of conscience.

The American Civil Liberties Union of Arkansas said in a written statement after the bill's passage that most states, including Arkansas, have rules allowing providers to decline to provide abortions and that no state has enacted a law that would allow health care providers and institutions to refuse to provide "a whole host of healthcare services to any patient."

At least one other state, South Carolina, is considering a similar bill during the 2021 session.

The House's vote was 72-20 and was mostly along party lines. Two Republicans, Reps. Craig Christiansen, R-Bald Knob, and Joe Jett, R-Success, voted no on the bill.