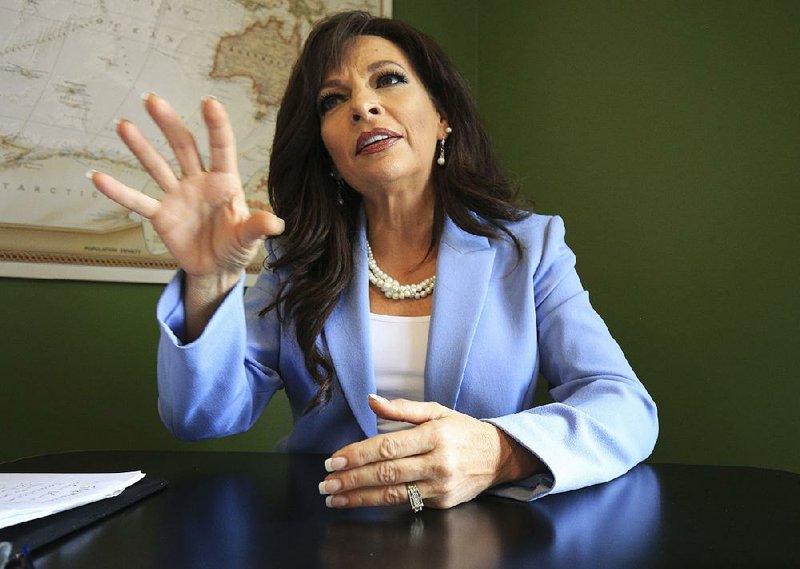 FILE — In this March 27, 2018 file photo, Jan Morgan talks to a reporter at a deli near the state Capitol about her position on issues such as Arkansas Works.