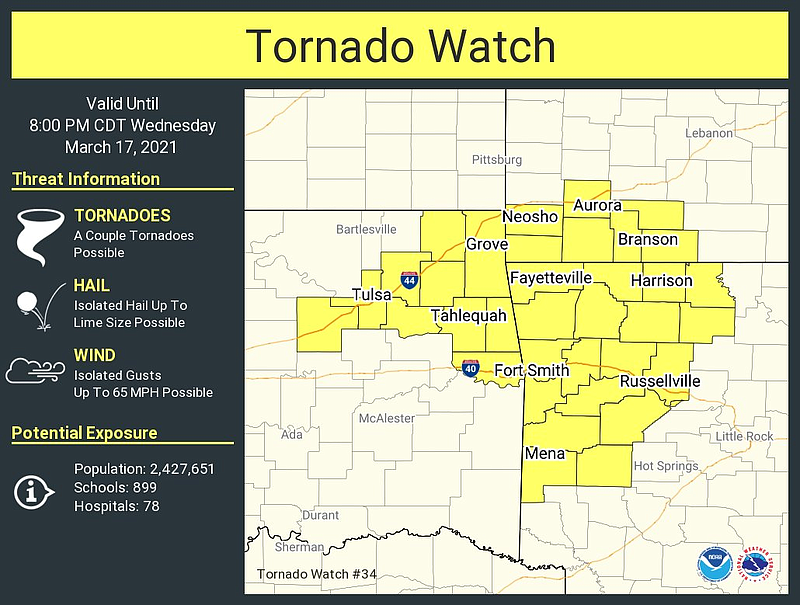 A tornado watch is in effect from 2-8 p.m. for parts of western and Northwest Arkansas, the National Weather Service said Wednesday afternoon.

The tornado watch is also in effect for parts of Missouri and Oklahoma, the Weather Service said.

Severe storms remain possible in other parts of Arkansas, with a second round of storms expected to develop across western portions of the state, according to the National Weather Service.

While tornado potential is considered low in Central Arkansas, forecasts show the area at an “enhanced threat” for weather outlooks including hail up to the size of a golf ball, up to 80 miles per hour winds.

At least 100 outages were reported for North Little Rock Electric customers, according to an outage map on the company’s website.

Entergy reported over 3,500 customers impacted by outages as of 2 p.m. Wednesday, according to the company’s outage map.