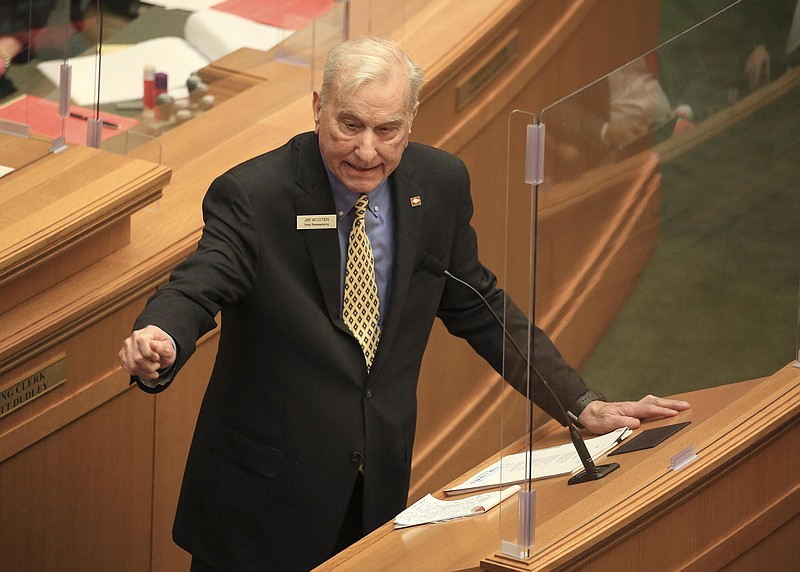 Speaking against House Bill 1371, which would fund private school vouchers for students in need, Rep. Jim Wooten, R-Beebe, called the measure “the final nail that’ll be driven into education, public education, as we know it in this state.” (Arkansas Democrat-Gazette/Staton Breidenthal)

A proposal to fund private school tuition for qualifying students with up to $4 million in state income tax dollars failed in the Arkansas House with bipartisan opposition Wednesday, after barely making it out of committee the day before.

House Bill 1371 by Rep. Ken Bragg, R-Sheridan, failed on a 44-52 vote, with two lawmakers voting present, after nearly an hour and 45 minutes of debate.

The bill would have created a scholarship fund capped at $4 million to allow certain low income students, foster children, students with disabilities and students from military families to attend private school, creating 571 scholarships worth about $7,000 each.

It also would have created a pot of grant funding of up to $6 million for public schools with high populations of low-income students, a provision that won the bill the support of the committee that rejected a version of the school choice legislation during the 2019 legislative session. Another school choice voucher bill failed in 2017.

Supporters of the bill said it would create a way for students who fall through the cracks to access an educational experience that helps them succeed while creating another way to meet the needs of public schools.

But opponents said it would chip away at public schools and expressed concerns about the means by which participating private schools would be held accountable.

A "clincher" motion that would have made it more difficult to run the bill again failed on a voice vote, but Bragg said afterward that he did not intend to bring the bill up again.

Bragg said he was disappointed by the outcome and cited opposition from public school superintendents as the chief reason the bill failed.

"Everybody I talked to, with few exceptions, said that was the reason they wouldn't vote for it," he said.

Under the legislation, individual and corporate taxpayers would receive a tax credit for contributing to education nonprofits called student support organizations to support either of the two funds.

If the total tax credit amount claimed for eligible contributions to either fund was greater than or equal to 90% of the respective $4 million or $6 million caps, the cap would be increased by 25% for the next fiscal year, according to the bill.

Students whose families make less than 200% of the federal poverty level would have qualified for the program.

Rep. Jim Wooten, R-Beebe, called the bill "the final nail that'll be driven into education, public education, as we know it in this state."

Bragg said after the vote that he'd thought the public school grant provision would be a way for the bill to gain support, but it was "totally ignored by school administrators."

"I think that's the attitude about letting a student go to private school," Bragg said, adding that the legislation was a "bigger compromise than we've done before."

The grant program would have allowed public schools with high populations of students from low-income families to use the funds for technology, building upgrades, social and emotional well-being programs, parent support centers and resources for skills development for students, among other things outside schools' budgets.

"If we are putting into code over a page of needs that public schools have ... then we're admitting that we're not there yet. Our public schools need help and support as well as accountability and improvement," said Rep. Megan Godfrey, D-Springdale.

The legislation aimed to expand the number of scholarships offered for Arkansas students to attend private school. The Succeed Scholarship, managed by the Reform Alliance, is a voucher-like program that for 2021 provided 665 scholarships worth about $7,000 each. The program is for foster children and those with disabilities.

"Public schools serve the vast majority of Arkansas children because it works for the vast majority. ... It's not a one-size-fits-all template. It's a mosaic," Rep. David Ray, R-Maumelle, said. "You do have choice. If you're rich."

Another nonprofit, ACE Scholarships, serves nearly 500 students in the state. That program is for low-income students whose parents must work out a payment plan with private schools for the tuition costs that aren't covered by the ACE program.

"The Succeed Scholarship has been working well for years," said Rep. Carlton Wing, R-North Little Rock. "We as taxpayers should want the best possible outcome for each child."

The Arkansas Department of Education was neutral on HB1371.

Two members of the House Education Committee who voted yes on the bill when it went before the panel Tuesday did not vote for it Wednesday: Rep. DeAnn Vaught R-Horatio, voted no, and Rep. Bruce Cozart, R-Hot Springs, did not vote.

Cozart had success in the House with a bill he sponsored that would raise Arkansas' median teacher salary by $2,000 over the next two years.

The bill allows districts with below-average teacher salaries to raise them using a pool of money equal to the district's average daily membership times $185. The goal is to raise the average annual salary to $51,822 in the next two school years.

The bill was approved with no debate by a vote of 97-0. 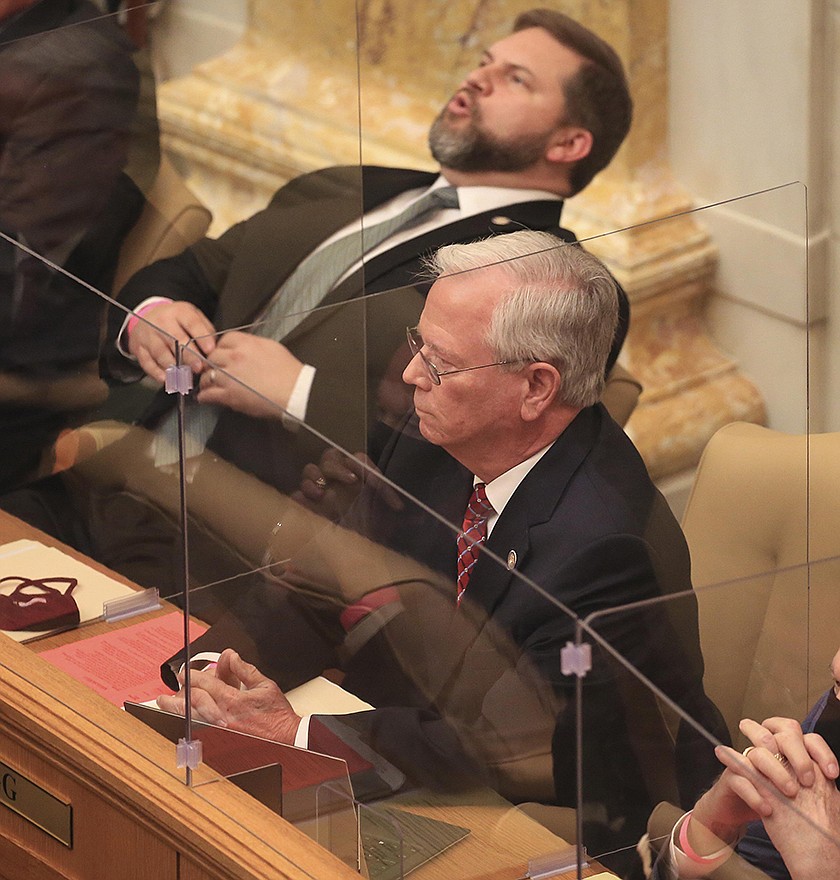