Tax filing deadline moved to May 17 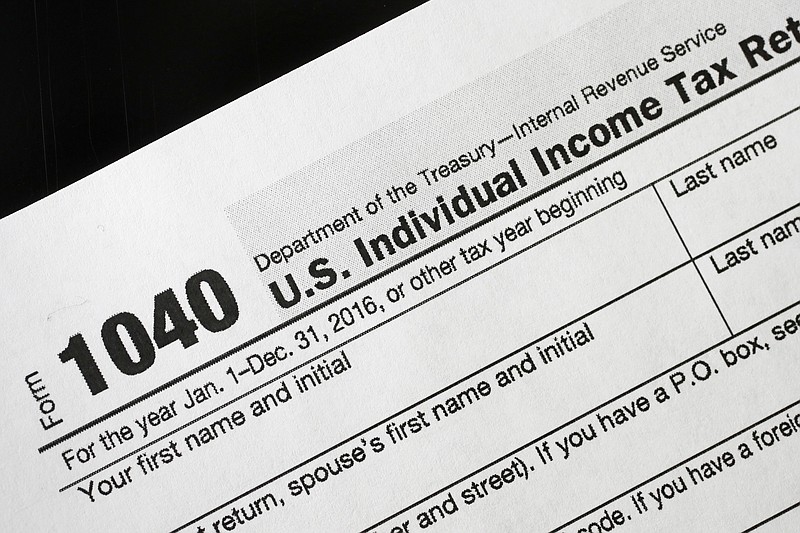 Americans will be getting extra time to prepare their taxes. The Internal Revenue Service says it's delaying the traditional tax filing deadline from April 15 until May 17.

The IRS announced the decision Wednesday and said it would provide further guidance in the coming days. The move provides more breathing room for taxpayers and the IRS alike to cope with changes brought on by the pandemic.

"The IRS wants to continue to do everything possible to help taxpayers navigate the unusual circumstances related to the pandemic, while also working on important tax administration responsibilities," IRS Commissioner Chuck Rettig said in a statement.

The decision postpones when individual taxpayers must file their returns and when their payments are due. The IRS said taxpayers who owe money would not face any further penalties or interest if they pay by May 17. The new deadline also applies to people who pay self-employment taxes.

[Video not showing up above? Click here to watch » https://www.youtube.com/watch?v=_Dfc_OLNrHY]

Taxpayers do not need to take any action to take advantage of the new deadline. Those who need more time beyond May 17 can request an extension until Oct. 15.

The new deadline does not apply to estimated tax payments that are due April 15. Those remain due by that day.

The decision to extend the deadline was made after an intense year for the chronically underfunded IRS. The pandemic hit in the middle of last year's tax filing season, setting the agency back in terms of processing. The IRS also has been a key player in doling out government relief payments, and is currently helping to send out the third round of payments in the middle of the current tax filing season.

Additionally, the extension gives the IRS time to issue guidance on recent tax law changes. The American Rescue Plan excludes the first $10,200 of unemployment benefits from federal taxes for those making less than $150,000.

The $10,200 income exclusion is intended to cover 17 weeks of the $600 federal benefit passed under last spring's Coronavirus Aid, Relief, and Economic Security Act.

"From rebates to tax credits, there is a lot to unpack," said Julio Gonzalez, CEO of Engineered Tax Services in West Palm Beach, Fla. He helped advise on the 2017 Tax Cuts and Jobs Act, working with Congress on tax reform.

"There is so much more in this [relief] bill that many Americans do not yet know about, or how to best utilize."

The IRS must issue guidance for taxpayers and tax preparers alike as millions of returns already filed likely do not account for this change.

A number of lawmakers and professionals from the tax-preparation industry have urged that the filing season be extended to accommodate for those pressures.

The House Ways and Means Committee applauded the move.

"This extension is absolutely necessary to give Americans some needed flexibility in a time of unprecedented crisis," said Chairman Richard Neal, D-Mass., and Rep. Bill Pascrell Jr., D-N.J., chairman of the panel's oversight subcommittee.

Rettig is expected to speak to the committee today about how the IRS is managing this filing season and the need for this extension.

The agency has struggled in many respects, including in its work over the past few years to process tax returns from individuals and businesses alike. The details are laid bare in information the IRS provided to the House Ways and Means Committee, as well as the Treasury Inspector General for Tax Administration.

A spokesman for the inspector general this week confirmed the figures but said they had not independently audited information it obtained from the IRS for accuracy.

The IRS has not started processing more than 12.3 million paper tax returns it has received over the past two years, the majority of which have been filed by businesses, the data shows. The lag time has created major headaches for some companies, potentially precluding them from taking full advantage of tax breaks implemented in past stimulus laws, Democratic aides said.

That backlog has harmed average American families as well. The IRS has not started to process at least 2.4 million individual paper tax returns from the 2019 tax year, according to the federal data, which reflects the agency's work up to Monday. As a result, those Americans may not have received stimulus payments under the relief bill Congress adopted in December, since the stimulus law tied their eligibility for checks to 2019 tax filings.

The IRS cautioned that not every individual in this group may have been eligible to receive the aid, adding that it did not have statistics on the number of Americans still waiting for the earlier stimulus payments.

These 2.4 million Americans will collect previous stimulus payments as part of their 2020 returns, if they are eligible.

The tally includes about 7 million returns that the IRS has designated for "error resolution," meaning they will require manual review that takes months to wrap up. The Washington Post first reported on these figures last week. But the IRS has millions of additional tax returns to review, including those involved in investigations related to issues such as identity theft, contributing to its immense workload.

Acknowledging the issues, the Treasury Department said in a statement Wednesday that the backlog reflects "serious challenges stemming from inherited problems and diminished capacity." An agency spokeswoman said the IRS so far has sent out 90 million stimulus payments under the American Rescue Plan. "It will take time to work through these challenges we inherited, but this investment will help us in tackling them head on," the department added.

The agency's struggles have triggered bipartisan concern on Capitol Hill over the past few months. In February, for example, Republicans on the House Ways and Means Committee -- including Rep. Mike Kelly, a member of its oversight panel -- wrote the IRS on behalf of constituents who have contacted lawmakers' offices, trying to track down missing refunds.

"We cannot have millions of hardworking Americans and small-business owners waiting up to a year to receive money that they are owed, and the federal government paying billions of dollars in interest on top of that," said Kelly, adding that his office never received a response to the earlier letter. "This needs to be fixed."

Democrats, meanwhile, have said the situation points to the need for additional changes at the IRS.

The recently adopted $1.9 trillion stimulus includes billions of dollars to help modernize the agency, but party lawmakers say a more permanent fix is necessary to prevent similar backlogs in the future.

"It's much harder for the IRS to build the plane while flying it," Sen. Ron Wyden, D-Ore., the chairman of the Senate Finance Committee, said in a statement. "We need sustained funding so the IRS can build and maintain these systems over the long-term."

Information for this article was contributed by Sarah Skidmore Sell and Martin Crutsinger of The Associated Press; by Tony Romm and Jeff Stein of The Washington Post; and by Erin Arvedlund of The Philadelphia Inquirer.