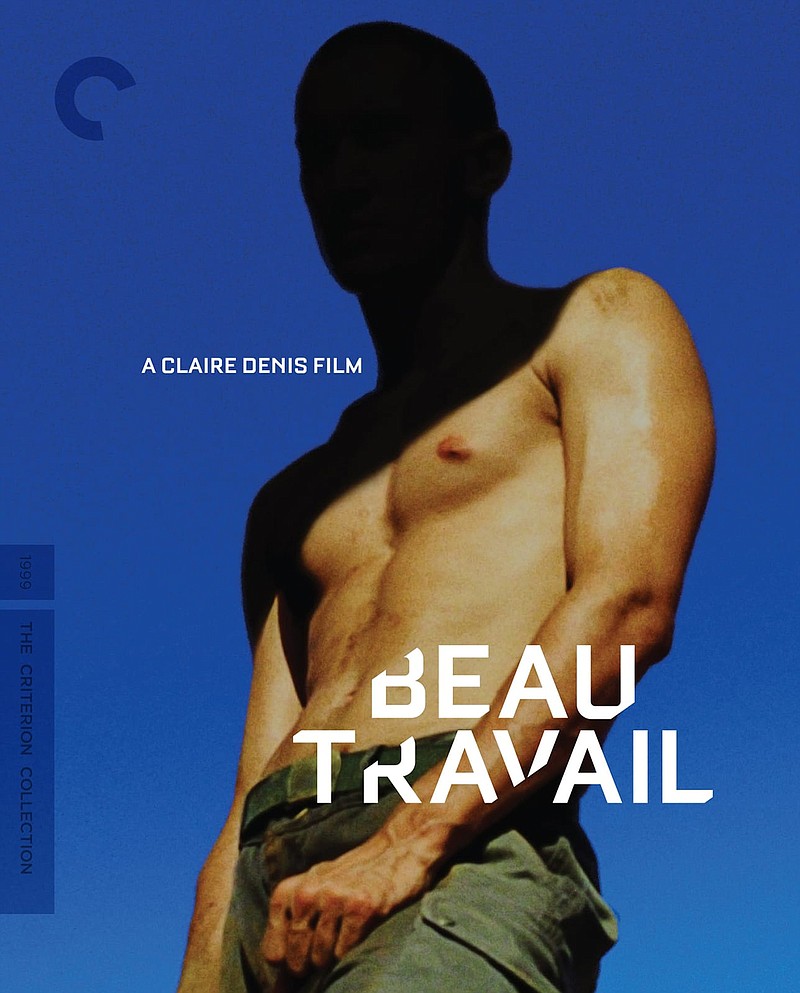 Claire Denis' 1999 interpretive take on Melville's "Billy Budd" (aka "Beau Travail," in which an envious Master-at-Arms sets his sights on destroying a handsomely charismatic sailor by baselessly accusing him of mutiny) very much takes into account the novella's thinly veiled homoerotica, presenting a squadron of the French Foreign Legion situated in Djibouti that plays up the libidinous gaze, but also adds layers of further intrigue, including the politics of French colonialism, the landscape of sub-Saharan coastal Africa, and our treacherous human ego.

Embedded with his young, obedient troops, Galoup (Denis Lavant) takes an immediate dislike to the winsome, likable Gilles Sentain (Grégoire Colin) for no other reason that his charming nature and pure spirit are everything the craggy, ethically pockmarked officer is not. Told in haunted reminiscence by Galoup, no longer with the Legion, he well recognizes his villainy in this affair, leading to what he believes to be a tragedy (Denis lets us know things about Sentain's fate that Galoup does not), and feels the need to lay out his conscience. To his credit, he makes no excuses for his behavior -- Sentain, quiet and dignified by nature, doesn't even try to counter Galoup's senseless cruelties against him, until he's persuaded to act on behalf of a fellow Legionnaire -- but, in accepting what he's done, he's forced also into accepting who he is, leading to one of the more breathtaking closing moments of film in the last few decades (not just my opinion: the esteemed critics at vulture.com just named it the capper of a recent "best endings" list).

Denis tells her story in typically cryptic ellipticals, allowing the film's stunning visual work, forged by legendary French cinematographer Agnès Godard, to convey the layers of complex emotion, desire and futility of Galoup's memory. She uses the ultra-disciplined order of the Legion, an army unto itself, with members ranging from all over the world, and their regiment of constant training, toiling, and bonding, to create a perfect backdrop of order from which to present Galoup's apostasy, the chaos of his envy and desire, which ultimately leads to his excommunication from the only family he ever had.

Special Features: This new 4K digital restoration also offers extras including a conversation between Denis and Barry Jenkins; new interviews with Lavant and Colin; and select commentary from DP Godard.

Reviewed from The Criterion Collection Blu-ray