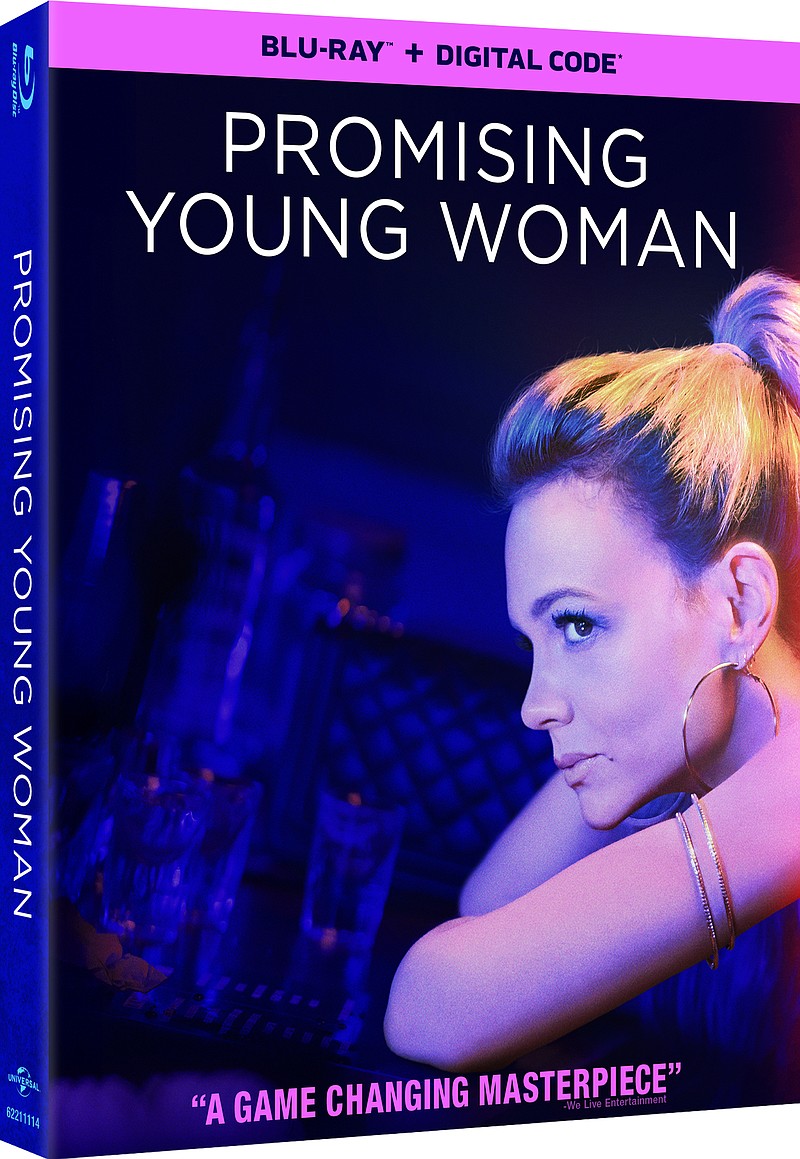 Edgy and provocative, this daring mystery thriller laced with moments of chilling black comedy, which this week picked up five Oscar nominations -- Best Picture, Best Director, Best Original Screenplay, Best Actress and Best Editing -- is certain to become one of the signal films of the pandemic year of 2020. (Remember the brief weird debate about whether Carey Mulligan was "hot" enough for the lead role? What was that about?) It follows the progress of a 30 year-old medical school dropout (Mulligan) who has moved back in with her parents in suburban Ohio and spends her evenings feigning drunkenness in clubs and allowing men to pick her up and take her home only to reveal her sobriety at the most inconvenient (for them) moments.

This behavior, we eventually learn, is owed to a traumatic event in her past -- one that was inadequately addressed by the legal system. A shocking revenge fantasy that will break your heart, "Promising Young Woman" is perhaps a touch too strident (and extreme) for some tastes, but it is an indelible souvenir of our ongoing moment. With Bo Burnham, Laverne Cox, Clancy Brown, Alison Brie, Jennifer Coolidge, Christopher Mintz-Plasse, and produced in part by Margot Robbie.

"Castle Freak" (not rated, 1 hour, 46 minutes?) Heavy on voyeurism (although it's not clear why) and burdened with uneven pacing, this horror drama follows a woman who recently lost her vision. Accompanied by her scheming boyfriend, she decides to visit an Albanian castle she inherits from her mother. What could possibly go wrong? Allegedly a "reboot" of the 1995 film of the same title. With Emily Sweet, Elisha Pratt, Kika Magalhães; directed by Tate Steinsiek.

"Don't Tell a Soul" (R, 1 hour, 23 minutes) A spare, tautly focused and violent thriller in which teenage brothers, desperate for money to aid their sickly mother, enter into a battle of wills with a security guard who's fallen into a well while chasing them after they attempt to rob an elderly neighbor. With Fionn Whitehead, Rainn Wilson, Mena Suvari, Jack Dylan Grazer; written and directed by Alex McAulay.

"Money Plane" (not rated, 1 hour, 22 minutes) Poorly written, nonsensical, and loaded with cliches, this bomb of a supposed action thriller with a much better cast than it deserves follows a thief with $40 million in debt who takes on what he believes will be his final job: robbing an airborne casino serving notorious criminals. With Adam Copeland, Katrina Norman, Denise Richards, Thomas Jane, Kelsey Grammer; directed by Andrew Lawrence.

"Songbird" (PG-13, 1 hour, 24 minutes) Thrown together to callously take advantage of our current situation, this exploitative mess offers just what none of us want, a story set in 2022 in which a pandemic -- covid-23! -- ravages the world. Again. With KJ Apa, Alexandra Daddario, Demi Moore, Bradley Whitford, Craig Robinson, Peter Stormare; co-written and directed by Adam Mason.

"The Third Strike" (not rated, 1 hour, 28 minutes) An assertive and straight-talking documentary that concerns the Decarceration Collective, a scrappy group of women battling to free those sentenced to life in prison for nonviolent drug crimes. Written and directed by Nicole Jones.

"The Stay" (not rated, 1 hour, 27 minutes) A decently produced indie thriller, thwarted a bit by over-explaining what's in the works, in which two couples rent a secluded house for a weekend getaway, where their plans to recreate and relax are interrupted by their interactions with a creepy caretaker. With Michele Martin, Rob Mayes, Scott Hamm, Kipp Tribble; co-written and directed by Scott Hamm.

"The Process" (not rated, 1 hour, 44 minutes) This realistic look at the challenges of making it in the cutthroat music industry is framed by the experiences of a Massachusetts rapper and his pals trying to negotiate the local scene. Having a decent soundtrack is a big plus. With Jason Gervacio, Adam Lawn, Corey Teixeira, Christine Nordstrom; written and directed by Jake Fay.