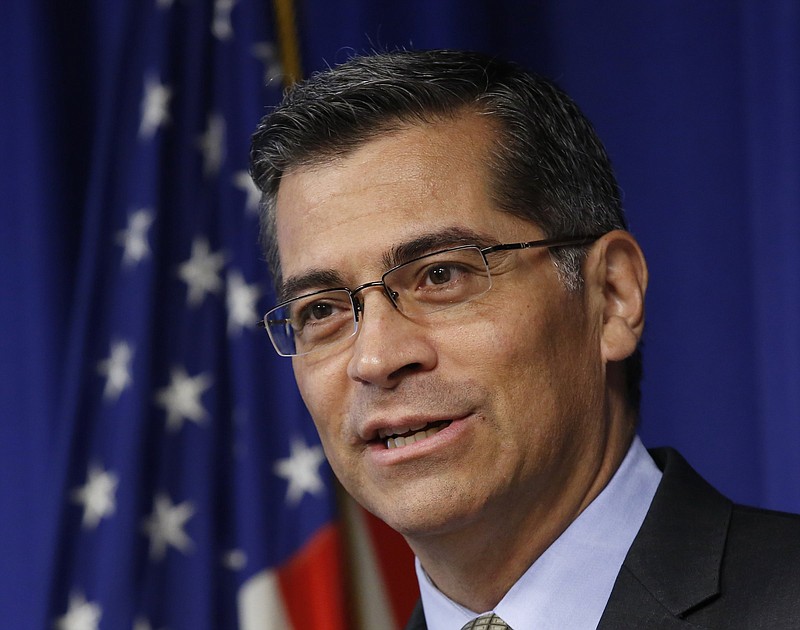 The U.S. Senate on Thursday confirmed Xavier Becerra, a son of Mexican immigrants who became a member of Congress and California's attorney general, as President Joe Biden's secretary of health and human services after a bitter partisan fight that centered on his qualifications and support for abortion rights.

The vote was 50-49. Sen. Susan Collins of Maine was the only Republican to support his confirmation.

Becerra will become the first Hispanic to oversee the sprawling agency and will take charge as the Biden administration is working to lead the nation out of the coronavirus pandemic, which has already killed more than 538,000 Americans and has taken a particularly devastating toll on people of color.

Biden has said racial equity will be at the core of his coronavirus response, and people who know Becerra say that health access and health equity will be major themes of his work. As a member of Congress, he helped write the Patient Protection and Affordable Care Act, and he pledged in his confirmation hearings to work to strengthen it.

[Video not showing up above? Click here to watch » https://www.youtube.com/watch?v=DtWIfpH4RrY]

Biden's selection of Becerra set off an immediate debate over whether he, as a lawyer, was the correct choice to lead a department that oversees high-profile medical agencies including the Food and Drug Administration, the Centers for Disease Control and Prevention, and the National Institutes of Health. Republicans argued he was unqualified.

When the Senate Finance Committee took up his nomination, it split over whether to send the nomination to the full Senate for a floor vote, which prompted Sen. Charles Schumer of New York, the majority leader, to use a procedural maneuver to move forward with Thursday's confirmation vote.

Separately, without opposition, the Senate confirmed veteran diplomat William Burns as CIA director on Thursday, giving him control of the nation's premier spy agency as the U.S. government confronts threats from China, Russia, Iran and elsewhere.

The approval, by voice vote, came soon after Sen. Ted Cruz, R-Texas, lifted a hold he had placed on the nomination.

Burns is a former ambassador to Russia and Jordan who served at the State Department for more than 30 years under both Democratic and Republican presidents. He pledged at his confirmation hearing last month that he would deliver "unvarnished" intelligence to the White House. At that hearing, he described China as posing the "biggest geopolitical test" to the United States and said that Russia, though a declining world power in some ways, remained a disruptive and potent threat.

This week, intelligence agencies released an assessment showing that Russia and Iran had sought to influence the outcome of the 2020 U.S. presidential election, but that China did not interfere.

Burns was warmly received by Republicans at his Senate hearing, but his confirmation was held up this month by Cruz. The senator said he would release it only when the administration "meets its legal obligation to report and sanction the ships and companies" building a gas pipeline from Russia that is strongly opposed in the U.S. and Eastern Europe.

Like the Trump administration before it, the Biden administration is opposed to the Nord 2 pipeline because it believes it will harm European energy security, particularly for countries in eastern and central Europe like Ukraine and Poland. Last month, the administration added a layer of sanctions to a Russian vessel and the shipowner for their work on the pipeline. Senior Republican lawmakers called the move inadequate and have demanded stronger action.

On Thursday, Secretary of State Antony Blinken issued a statement condemning the pipeline as a bad deal "intended to divide Europe and weaken European energy security."

"The [State] Department reiterates its warning that any entity involved in the Nord Stream 2 pipeline risks U.S. sanctions and should immediately abandon work on the pipeline," Blinken said.

Soon after the statement was issued, Cruz lifted his hold.

Information for this article was contributed by Sheryl Gay Stolberg of The New York Times; and by Eric Tucker of The Associated Press.