Rogers students learn about the chain reaction of giving 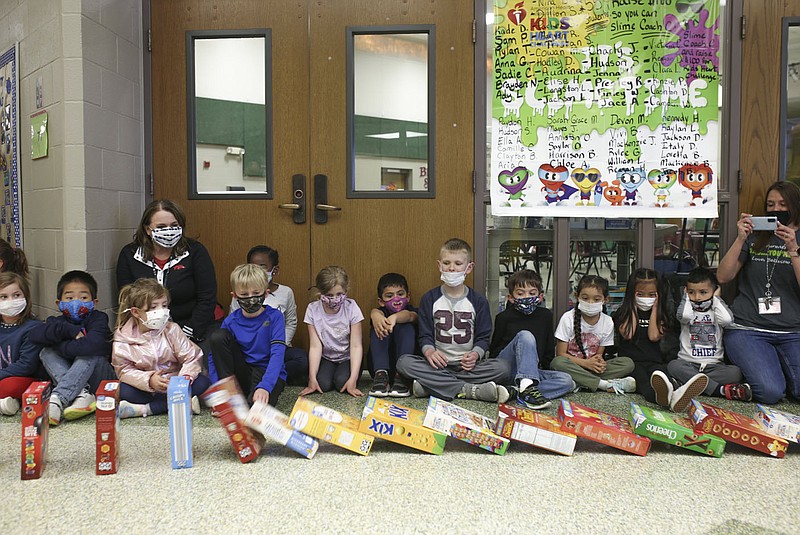 Students participating in the event lined the school's halls with 1,010 cereal boxes and watched as they toppled like dominoes, counselor Whitney Macechko said.

The challenge encourages students to donate food to help prevent area children from going hungry so they can focus on school and get better grades, said Shaylan Dillon, Samaritan Community Center marketing manager.

The cereal boxes were collected through a food drive at the school this week, Cox said.

Maggie Duffy, an 11-year-old fifth-grader, said it was crazy to watch the boxes topple and to see how many were donated.

"I learned it's really important to help people out in need," she said. "You can make a difference bringing in just one box of cereal."

Evening Star Elementary in Bentonville and Northside Elementary in Rogers also participated in the challenge Friday, said Shannon Green, Samaritan's food drive coordinator. More schools are planning their own events in April and May.

Cereal producer Kellogg's donated more than 3,000 boxes to the center in support of the challenge and to help local families in need, Green said. Kellogg's Frosted Flakes mascot Tony the Tiger joined students for the events at all three participating schools Friday, she said.

Cereal producer Post Consumer Brands also plans to donate a to-be-determined amount of cereal and to participate in future challenges as well, she said.

Bellview relied only on donations from students to complete its challenge, Macechko said.

The event didn't present any challenges for participation during the covid-19 pandemic, Cox said.

"This was the best thing we could have done during the pandemic, because it doesn't involve anything other than kids bringing in boxes," he said. "It's really been a great thing to do, because the kids have just been dying to do something fun."

This is the first year the center has featured the challenge, but it will be offered annually if it continues to be a success, Dillon said. 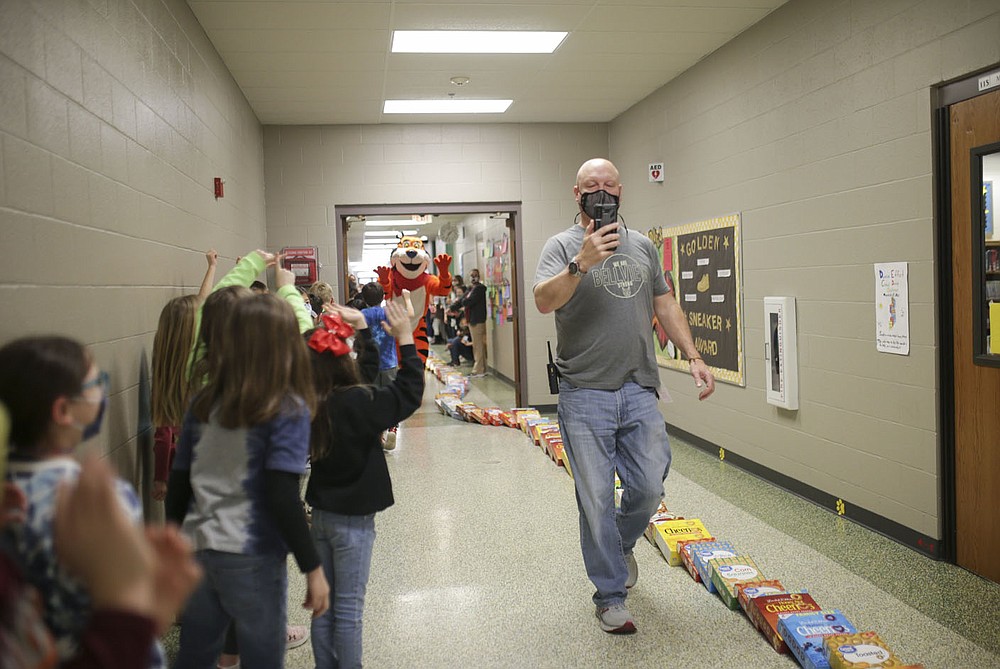 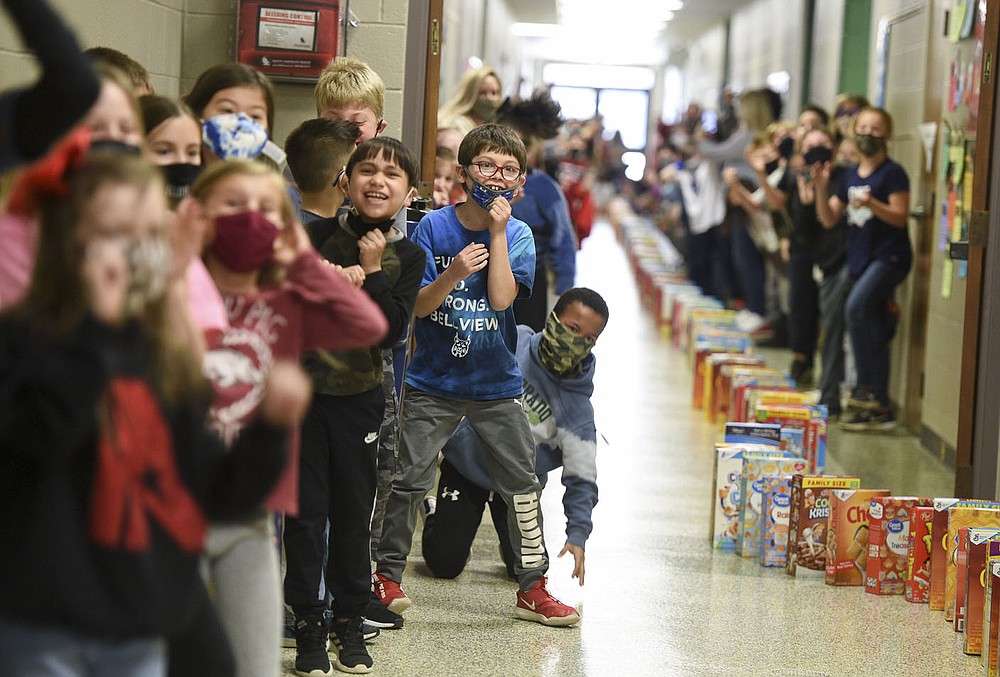