We had a great time in Utah touring gardens and other sites as well as attending lectures in the fall of 2019. Here are your mystery plant answers! 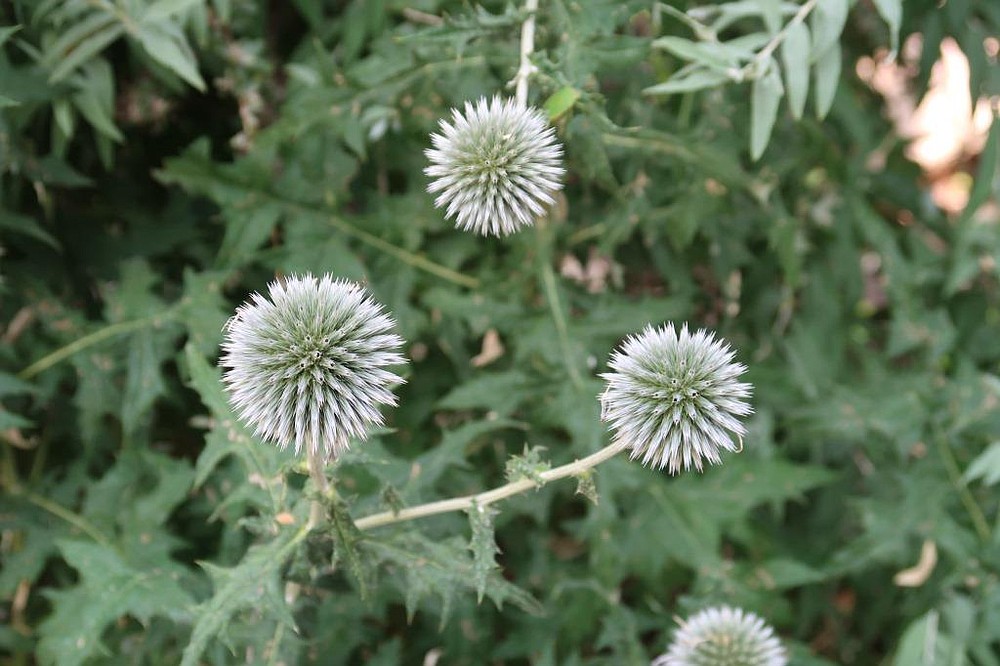 Globe thistle -Echinops sp. – These are great perennials for the dry, sunny garden. This member of the aster family, is native to Europe. They are not true thistles, nor invasive. The plant does well in any soil, as long as it is well-drained. It provides good color and contrast in the perennial border, especially toward the back, or in the cut flower garden from mid-summer through early fall. The many small, blue flowers that make up the round head of Globe Thistle are very attractive to bees and butterflies. 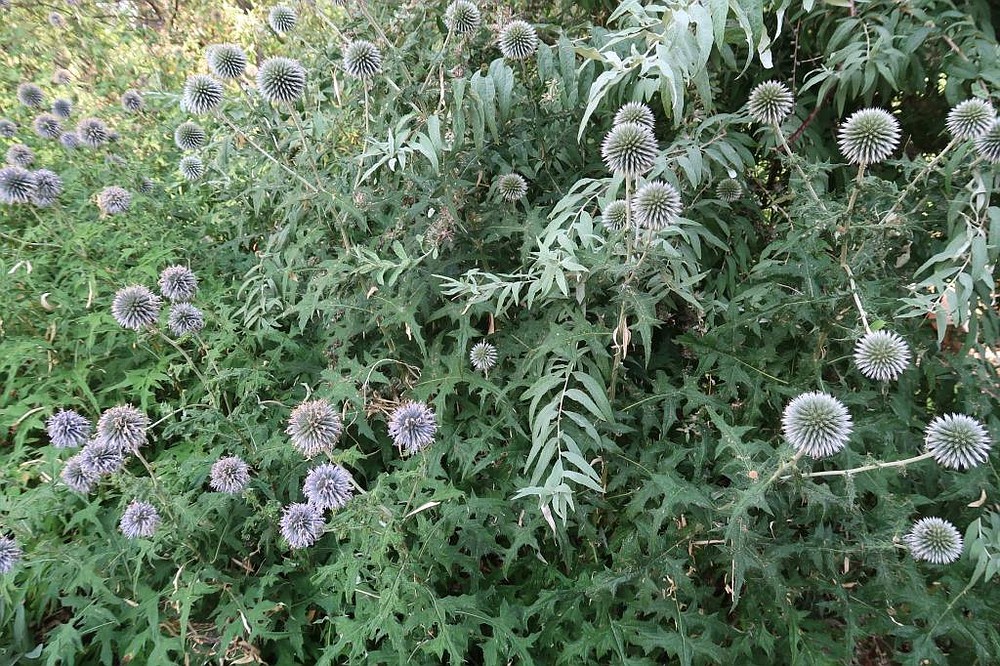 The plant is tolerant of drought, deer and rabbits. 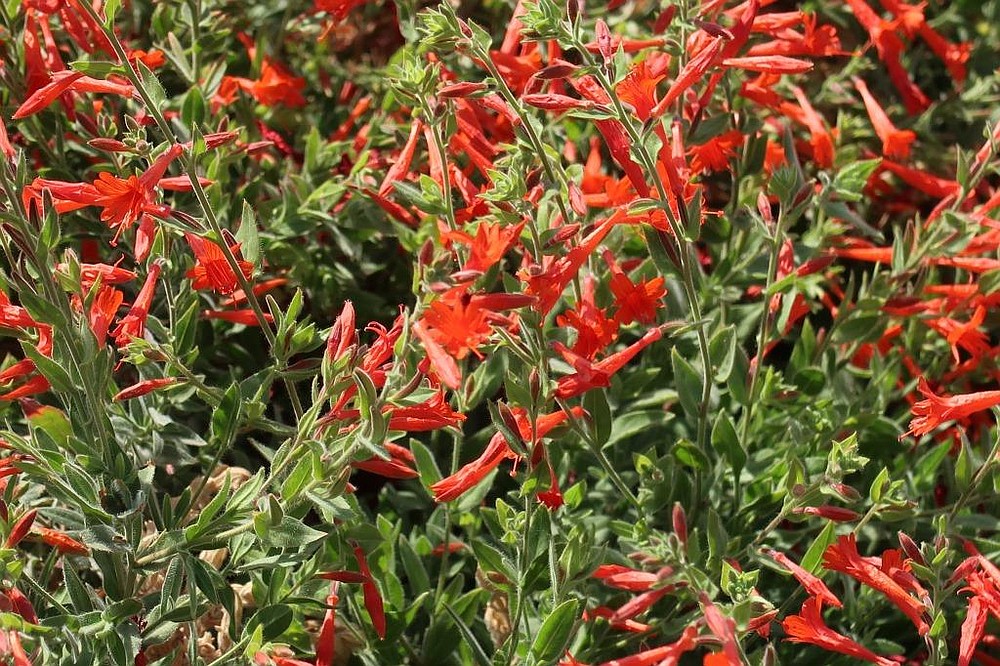 It is native to dry slopes and chaparral of western North America, especially California. Terrific hummingbird plant, it blooms from late summer through early fall. Full sun to part shade. It is a perennial plant, notable for the profusion of bright scarlet flowers in late summer and autumn. 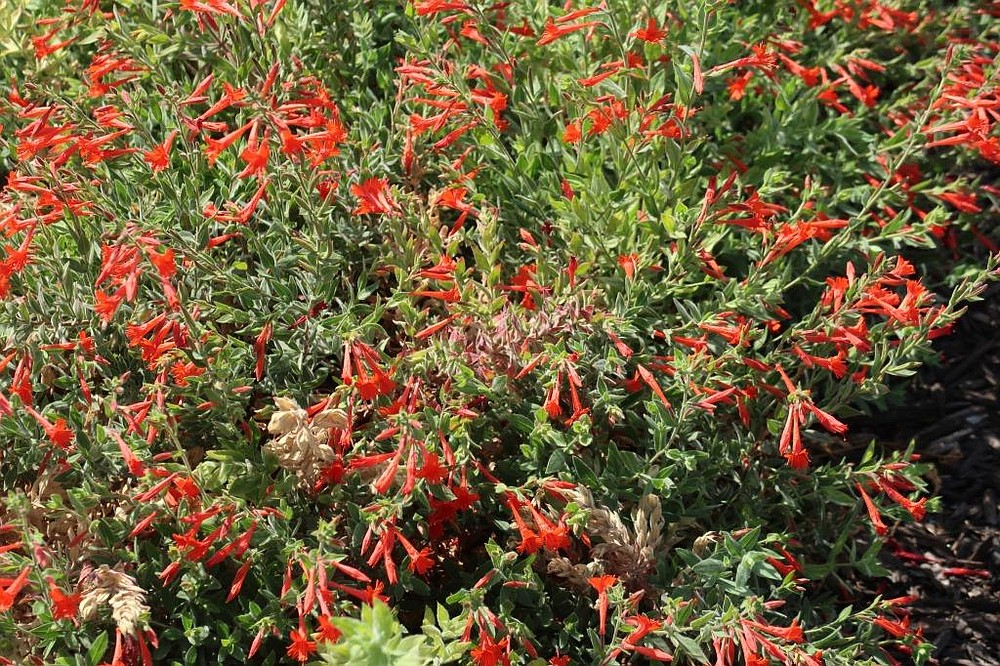 It would not take the heat and humidity of Arkansas well. 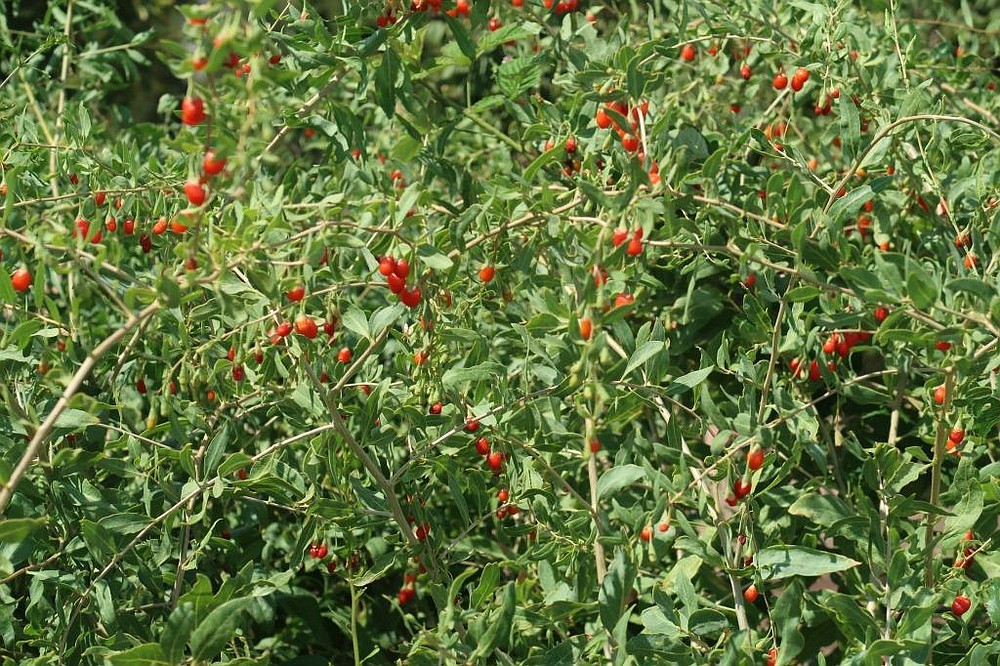 hit the market several years ago as a wonder fruit. The small reddish orange fruits are related to tomatoes, and supposedly high in antioxidants. The plant makes a fairly large bush which blooms 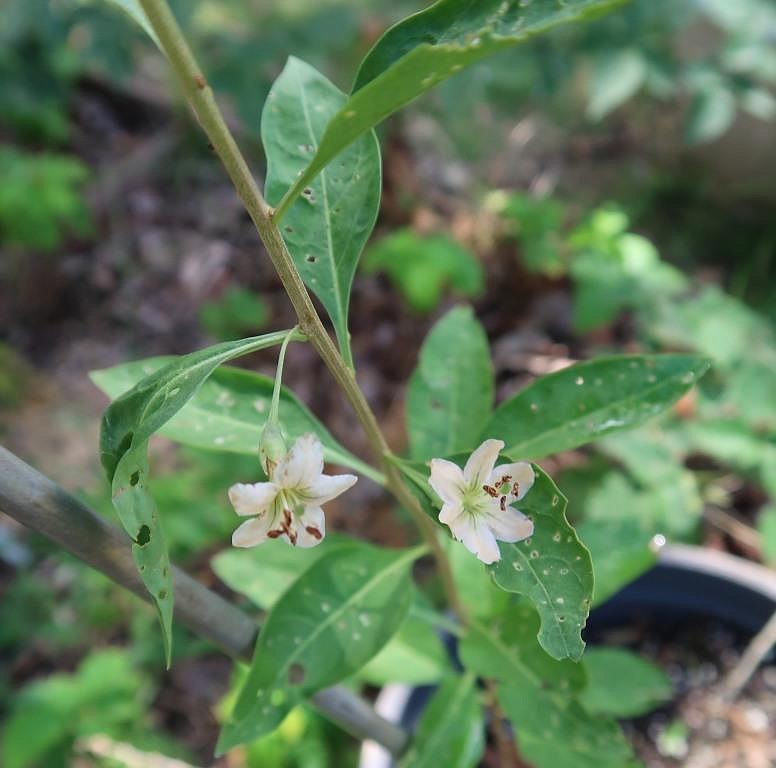 and sets fruit all summer long. 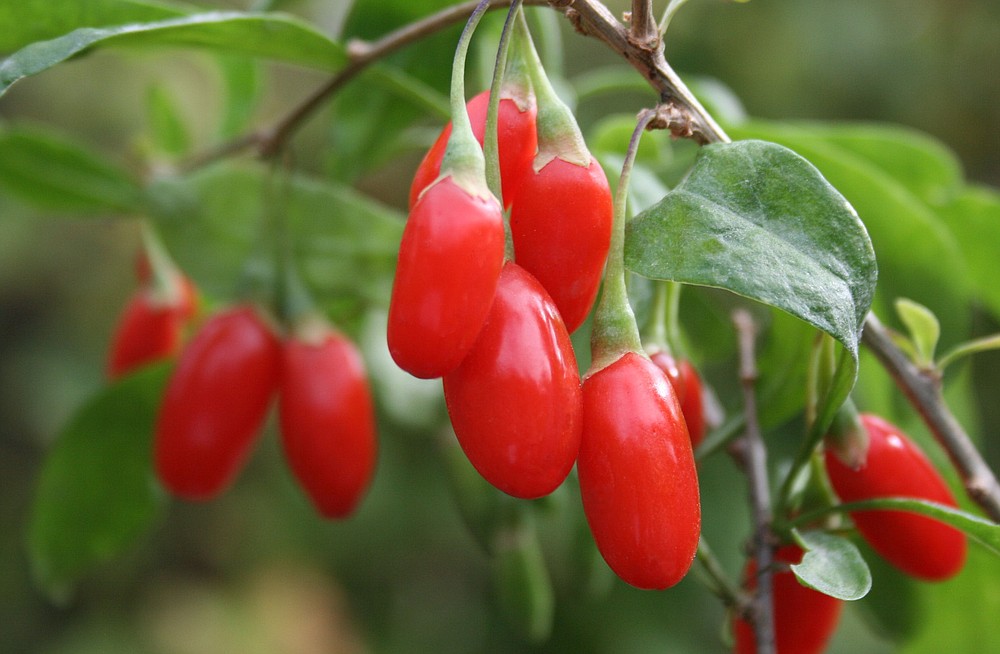 I personally don’t think they have much flavor, but they are perfectly hardy statewide. The Goji plant is a slightly thorny deciduous woody shrub, typically 3 to 6 feet tall when cultivated and pruned, though plants can reach 12 feet tall in their natural state. It’s cultural needs are similar to tomatoes. Fruit are borne on the current year's wood, mainly from that which is grown in the spring and fall. 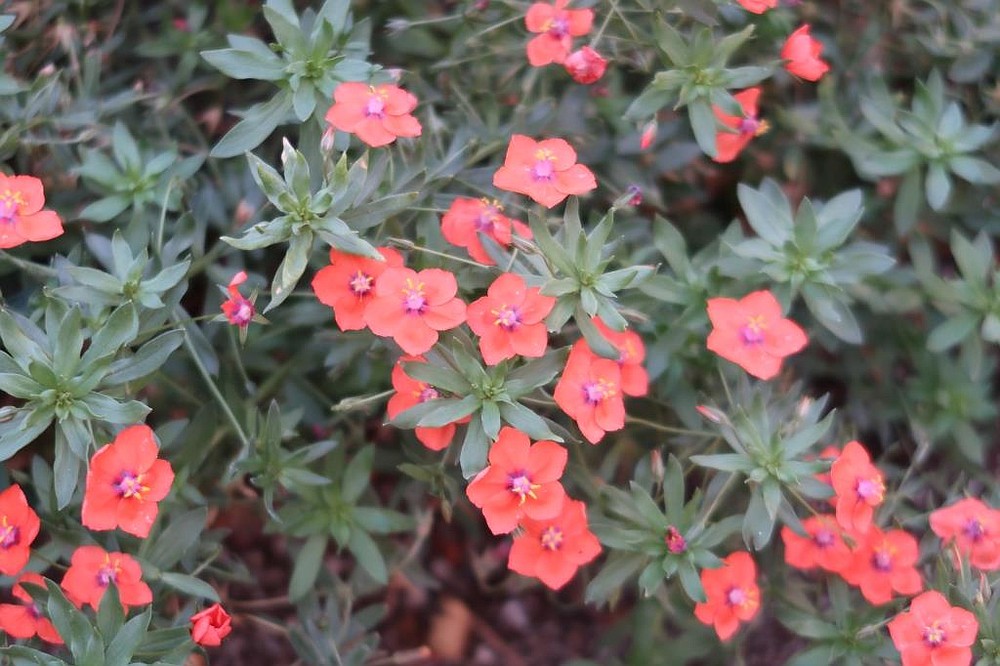 Scarlet pimpernel has a prostrate and spreading habit and without blooms is often mistaken for chickweed. This annual member of the amaranth family is classified as a weed in some states. Scarlet pimpernel is also sometimes called poison chickweed. It contains some toxins, which if consumed, can be toxic to livestock and humans. 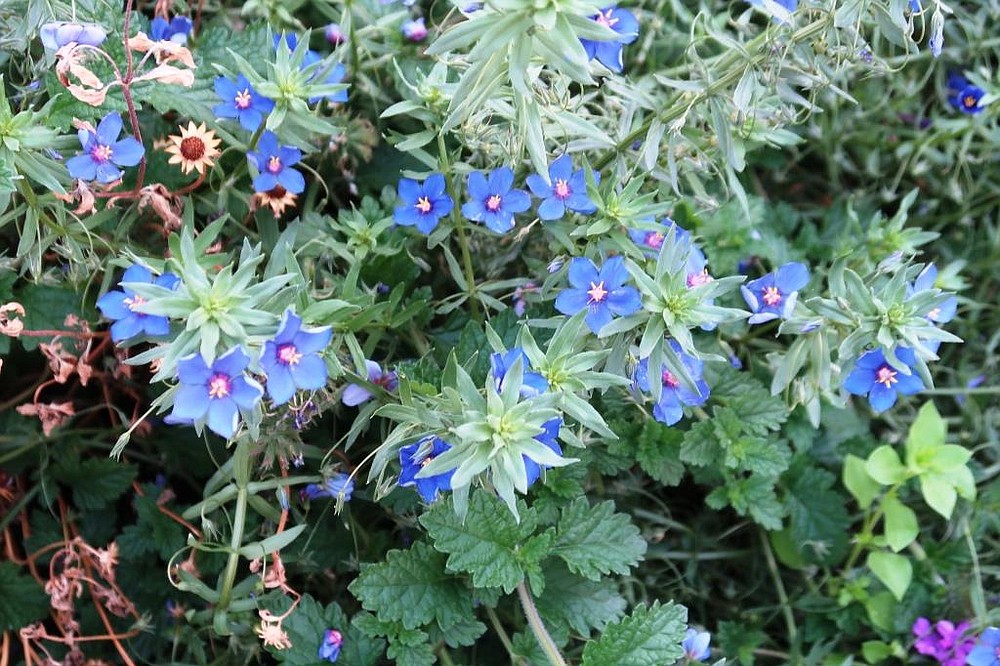 Another common name, 'Poor man's weather glass', is in reference to its small flowers that close up quickly as bad weather approaches. Scarlet to orange flowers are the most common, but there are now various colors available including blue and pink.