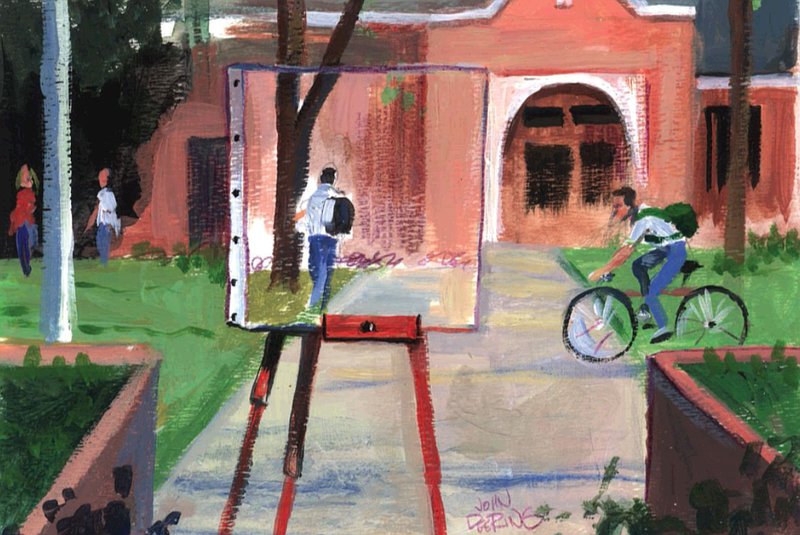 In 2010, the Conway Area Chamber of Commerce developed a strategic plan for the rapidly growing central Arkansas city. That plan led to roundabouts, additional parks, more efficiency in financing city government and other improvements.

Chamber officials hoped to begin developing a new strategic plan in March 2020. Then the pandemic came along.

"In July, we convened our steering committee and asked them if they thought we should move forward," says Jamie Gates, the chamber's executive vice president. "They emphatically agreed that it was more important than ever to have an updated plan. So we went out in August and September and surveyed the community. We received more than 1,800 responses, a 30 percent increase from the 2010 effort. We offered 39 possible priorities and said 'mark all of these that should be included in a strategic plan.'"

The results surprised Gates and economic development officials in the city. In 2010, the priorities were streets, job creation, education and public safety. This time the top category was overwhelmingly arts, culture and entertainment. It was followed by parks and recreation, bike paths and trails, and job creation.

"I was really conflicted," Gates says of the decision to move forward with the strategic plan during a pandemic. "I didn't know if it was appropriate. I was worried about participation. And I didn't want the result to be a plan that focused on the trauma and uncertainty that surrounded us. Thankfully we already had an incredible steering committee in place for big decisions like this.

"It was an important moment when we heard committee members say that people needed an opportunity to imagine a better future and that the plan would bring the community together during a time of isolation."

The steering committee consists of seven women and six men. Two of the members have lived in

Conway for less than three years. Only one went to high school in Conway. Six have lived there from 20 to 25 years.

The committee hired the Winthrop Rockefeller Institute on Petit Jean Mountain to move the plan forward.

"Since November, the folks from WRI have been at work facilitating 56 Zoom meetings with almost 200 residents," Gates says. "We've had more than 1,000 hours of professionally facilitated, intentional, goal-setting conversations about our community."

These are the things that surprised him:

• The strong belief on the part of steering committee members that it was important to develop a strategic plan during the pandemic.

• The shift in priorities toward quality of place.

• The fact that Zoom meetings were more engaging than town hall-style meetings since they allowed glimpses into people's real lives.

"It has been inspiring to see people so committed to participating in the process," Gates says. "Folks are Zooming while feeding their kids or just doing the best they can. There's a different--but just as authentic--sense of community when you get those glimpses into people's lives."

In some ways, Conway represents the future of Arkansas. This is a state that's becoming more urban with a majority of Arkansas' 75 counties now losing population. For years to come, most growth in the state will be in the Little Rock metropolitan area (of which Conway is a part), northwest Arkansas and the Jonesboro region. These areas are positioned to thrive while rural parts of Arkansas struggle.

This will be true even in places outside the northwest Arkansas, Little Rock and Jonesboro metro areas. Think of Russellville, Clarksville, Batesville, Arkadelphia, Magnolia, Pine Bluff and Monticello as examples of towns where the presence of colleges and universities will serve as the kind of catalyst that communities in surrounding counties don't have.

Last fall, business-to-business service platform Upwork released a study revealing that the shift to remote work in this country will prompt a record number of American workers to relocate. Among the study's findings:

• Remote work will increase internal migration. From 14 to 23 million Americans will move as a result of remote work. Combined with those who are moving for other reasons, near-term migration rates may be three to four times what they normally are.

• Major cities will see the biggest loss of population. The study showed that 20.6 percent of those planning to move are based in a large city.

• People are seeking less expensive housing. More than half (52.5 percent) are planning to move to a house that's significantly more affordable than a current home.

• Americans are moving beyond regular commuting distances, with 54.7 percent of them moving more than two hours away from their current location.

In an editorial that appeared in an in-house publication, the Conway Area Chamber of Commerce noted: "Our community has always been optimistic and ambitious. It's easy to view this migration as a huge opportunity. And it is. Compared to big cities, we have affordable housing. Thanks to Conway Corp., we have tech infrastructure that allows businesses to operate seamlessly from home. Finally, we have a great community and quality of life.

"But we have to be honest with ourselves. The willingness to pick up, move and take your job with you is also a threat. We have thousands of technology workers in our community. Are we a town that's determined to keep each of them here? Because of our three colleges, we get first crack at thousands of the state's brightest young minds. Will we educate them only to see them move-- diploma in hand--to northwest Arkansas, Franklin, Tenn., or Frisco, Texas?"

"Cities without a sense of urgency are cities that will be left behind," the editorial said. "Not only left behind by their peers, but literally left behind by people choosing to live elsewhere. As a community, we need to make a promise and keep it. That promise is to never stop working to reach our potential, to never stop putting the best ideas from around the country to work here, to never accept a watered-down quality of place because we wouldn't try."

The strategic planning effort made clear that residents of this college town understand that economic development in the 21st century is much more about quality-of-life initiatives than it is about industrial parks and smokestack chasing.

"There's no reason Conway can't have northwest Arkansas' wayfinding signage and bicycle amenities," the editorial stated. "There's nothing stopping us from having the live music venues and development standards of Franklin, Tenn. If we want the public art and aquatic amenities of Frisco, Texas, we can have them. It will just take all of us--government, residents and organizations--working together."

Faulkner County has come a long way since the first permanent white settlement in central Arkansas was established near the confluence of Cadron Creek and the Arkansas River, about five miles west of what's now Conway. In the early 1800s, the term Cadron Settlement referred to 30 or 40 families scattered along this part of the Arkansas River. Many of those early settlers were veterans of the War of 1812. In 1818, a trader named John McElmurry and three investors laid out what would become the town of Cadron.

"Naturalist Thomas Nuttall visited Cadron in 1819 and described a tavern and a settlement of a few families," Aaron Rogers writes for the Central Arkansas Library System's Encyclopedia of Arkansas. "In the spring of 1834, members of the Cherokee tribe died of cholera and measles near Cadron Creek while traveling from Georgia to Oklahoma along the Trail of Tears. By the 1850s, Cadron had vanished."

In 1869, Col. Asa Peter Robinson moved from New York to Little Rock to help build a railroad. Robinson was granted 640 acres upon his retirement in place of a salary. He platted what was known as Conway Station in 1871.

"The town grew along the westward bend that was created when the railroad track's course was changed slightly to utilize the shallower grade of Cadron Gap to the west," Rogers writes. "Conway became a center for farmers in the surrounding area to sell or gin their crops and buy supplies. The city, incorporated in October 1875 as simply Conway, was named for a famous Arkansas family that included the state's first elected governor, James Sevier Conway.

"Controversies surrounded the creation of Faulkner County in 1873 and the choice of Conway as its seat. Eventually the town and Faulkner County became home to large German and Irish populations. A fire in 1878 destroyed part of the town."

In 1890, Hendrix moved to Conway from Altus, where it had been established in 1876 as Central Institute.

Three years later, Central College for Women was established. In September 1908, Arkansas State Normal School opened as the first college for teachers in the state. It became Arkansas State Teachers College in 1925, State College of Arkansas in 1967 and UCA in 1975.

There were other key developments in the second half of the 20th century that spurred growth. In 1951, the Arkansas Game & Fish Commission finished work on Lake Conway. The 6,700-acre lake is the largest in the country constructed by a state fish and wildlife agency.

In 1957, the state's Civil Defense Agency relocated to Conway. It built an underground facility in 1965.

In October 1959, what was then known as the Arkansas Children's Colony at Conway became the state's first center for developmentally disabled people. The name was changed to the Conway Human Development Center in 1981.

In the 1960s, the Arkansas Educational Television Network selected Conway as its home.

"R. Lee Reaves, a former state senator, was selected to serve as the first director of the educational station," Tiffany Verkler writes for the Encyclopedia of Arkansas. "Several communities vied for the station, but Conway was selected after land was made available by Arkansas State Teachers College and a significant contribution came from Conway Corp. Network headquarters were built, and the first broadcast aired Dec. 4, 1966. During the next 15 years, four additional transmitters were added to expand coverage to virtually the entire state."

Nabholz Construction Corp., which began at Conway in 1949, grew into one of the largest construction companies in this part of the country. Demographics Inc., which started in 1969 under the ownership of Charles Ward of Ward Bus Co., became the nationally known information management company Acxiom.

Now Conway--with its strong leadership and focus on quality of life--is positioned to be an Arkansas success story for years to come. It's all about people wanting to live there.

"Attitudes already are very different from 2010 when things like streets and job creation dominated the conversation," Gates says.