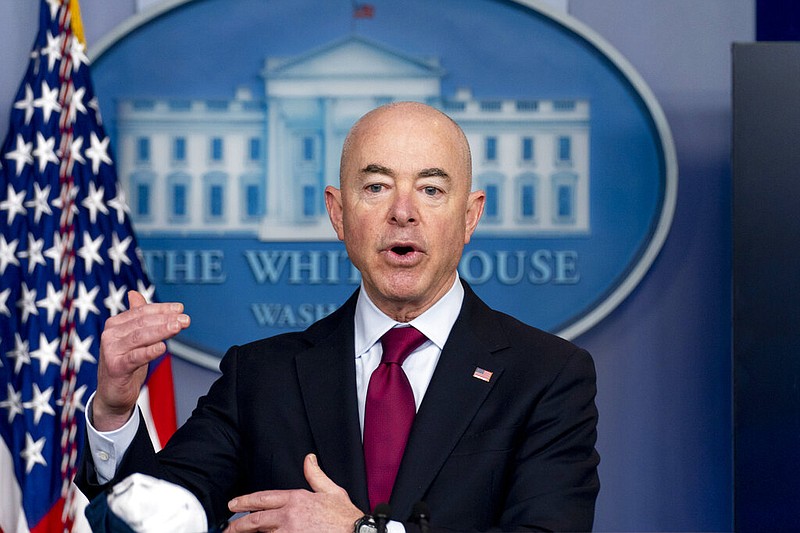 [Video not showing up above? Click here to watch » https://www.youtube.com/watch?v=zu4CIeyntV4]

Mayorkas, who appeared on almost all of the major political shows Sunday morning, sought to push a consistent message as the Biden administration is being pressed about the soaring number of migrants seeking entry into the country, as well as the conditions in crowded detention centers for migrant children.

"The border is closed. We are expelling families. We are expelling single adults," Mayorkas said on NBC's "Meet the Press" on Sunday, adding that unaccompanied minors should not attempt to make any journey to the U.S.-Mexico border. "We strongly urge, and the message is clear, not to do so now. I cannot overstate the perils of the journey that they take."

Mayorkas said the administration's "message has been straightforward and simple," and Biden last week disputed that the surge was a result of his overturning some of former President Donald Trump's policies.

[Video not showing up above? Click here to watch » https://www.youtube.com/watch?v=-Ey4OHSurvU]

Biden told reporters Sunday at the White House that "at some point" he would go to the border and that he knows what is going on in the border facilities.

"A lot more, we are in the process of doing it now, including making sure we reestablish what existed before, which was they can stay in place and make their case from their home countries," Biden said upon returning from a weekend at Camp David.

[Video not showing up above? Click here to watch » https://www.youtube.com/watch?v=9O-psqHZGdM]

Republicans have blamed Biden's rollbacks for the rise in migrant arrivals, saying he changed Trump's policies prematurely and without backup systems in place.

On "Fox News Sunday," Sen. Tom Cotton, R-Ark., dismissed Mayorkas' assertion that the border is secure, arguing that the Biden administration policies amounted to "a big welcome sign to migrants from across the world."

It's wiser, Cotton said, to have those seeking asylum wait in Mexico -- or the first country they enter after departing their own -- while their cases are decided.

"The border is wide open," he said. "All of these bogus asylum claims are taking up so much manpower and resources at the border. That means that we also have other threats like increases in fentanyl and other kinds of drug trafficking or persons on the terrorist watch list crossing into our border. The border right now is wide open because the Biden administration dismantled the very effective policies of the Trump administration and the agreements we had with Mexico and other Latin American countries."

[Video not showing up above? Click here to watch » https://www.youtube.com/watch?v=mhWl9zE3Hh0]

Unaccompanied children and teenagers in Customs and Border Protection custody must be transferred to the care of the Health and Human Services Department within three days, although the minors coming now are being held for days longer than that.

Officials are trying to build up capacity to care for some 14,000 migrants now in federal custody -- and more likely on the way. The White House also points to Biden's decision to deploy the Federal Emergency Management Agency to support efforts to process the growing number of unaccompanied migrant children arriving at the border.

The administration has been pressed on why it will not allow the media to see the facilities at the border. Mayorkas said the government was "working on providing access so that individuals will be able to see what the conditions in a Border Patrol station are like."

Mayorkas said the pandemic was preventing greater press access at the border and that "we're focused on operations and executing on our plans."

Cotton said that "it's rich that Secretary Mayorkas won't let press travel with him to the border, but he will come on your Sunday morning show and peddle the same kind of nonsense that has created the Biden border crisis in the first place."

Pointing to the urgency of the situation at the border, Sen. Dick Durbin, D-Ill., expressed confidence that enough Republicans would vote to pass an immigration overhaul.

"We go into this debate, whether it's a crisis or a challenge at the border. Let me tell you, the crisis. We need to address our immigration laws in this country that are broken," Durbin said on CNN's "State of the Union." "What we see at the border is one exhibit of it, one exhibit of evidence in that. But there's more across the board."

In the first days of his term, Biden acted to undo some of Trump's measures, a rollback interpreted by some as a signal to travel to the United States.

Career immigration officials had warned there could be a surge after the November election and after the news that Trump's hard-line policies were being reversed.

Since Biden's inauguration on Jan. 20, the U.S. has seen a significant spike in the number of people encountered by border officials. There were 18,945 family members and 9,297 unaccompanied children encountered in February -- an increase of 168% and 63%, respectively, from the month before, according to the Pew Research Center. That creates a logistical challenge because children require higher standards of care and coordination across agencies.

Among the reasons for the surge: thousands of Central American migrants already stuck at the border for months and the persistent scourge of gang violence afflicting Guatemala, Honduras and El Salvador.

Still, the encounters of both unaccompanied minors and families are lower than they were at various points during the Trump administration, including in spring 2019.

The White House has steadfastly refused to call the situation a "crisis," leading to a Washington battle over the appropriate description of the tense situation.

Critics say the Biden administration should have been better prepared.

"I haven't seen a plan," Rep. Michael McCaul, R-Texas, said on ABC's "This Week." "They have created a humanitarian crisis down here at this border that you have seen now. And the reason why they are coming is because he says words do matter, and they do. The messaging is that if you want to come, you can stay."

Pressed about the conditions in crowded detention centers for unaccompanied migrant children, Mayorkas expressed confidence in how the administration was handling the situation.

"We have seen large numbers of migration in the past. We know how to address it. We have a plan. We are executing on our plan, and we will succeed," Mayorkas said. But, he added, "it takes time" and is "especially challenging and difficult now" because of the Trump administration's moves. "So we are rebuilding the system as we address the needs of vulnerable children who arrived at our borders."

Migrant children are sent from border holding cells to other government facilities until they are released to sponsors. That process was slowed considerably by a Trump administration policy of "enhanced vetting," in which details were sent to immigration officials and some sponsors wound up getting arrested, prompting some to fear picking up children over worries of being deported. Biden has reversed that policy, and immigration officials hope the process will speed up now.

Mayorkas also blamed Trump for dismantling processes such as the Central American minors program, which Mayorkas said laid out an "orderly, human and efficient way of allowing children to make their claims under United States law in their home countries."

"He's got a big microphone. He needs to use it appropriately," Ducey said.

Sen. Rob Portman, R-Ohio, said on "Face the Nation" that Mayorkas' message would not be enough to deter the record numbers of migrants arriving at the border.

"People are going to listen to actions and watch actions and not listen to words," said Portman, who toured border facilities last week. "I spoke to single individuals who are coming over at night, men who told me that they'd heard what President Biden said and they were coming anyway because they could make a lot more, 10 times more in the United States."

Information for this article was contributed by Jonathan Lemire, Aamer Madhani and Colleen Long of The Associated Press; by Frank E. Lockwood of the Arkansas Democrat-Gazette; and by Amy B Wang and Cat Zakrzewski of The Washington Post. 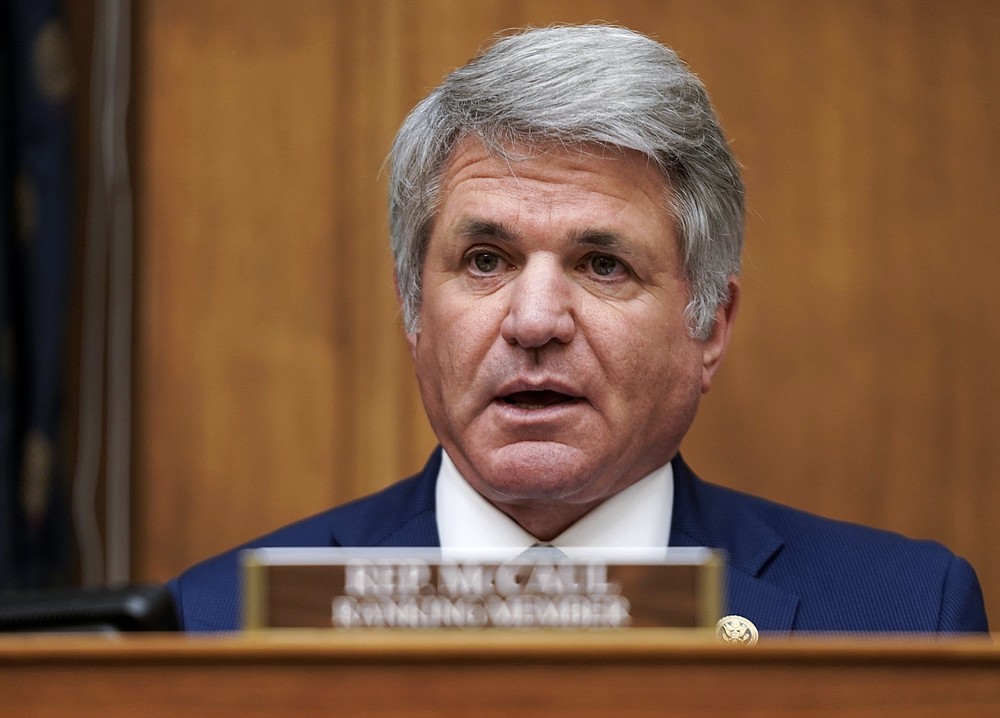 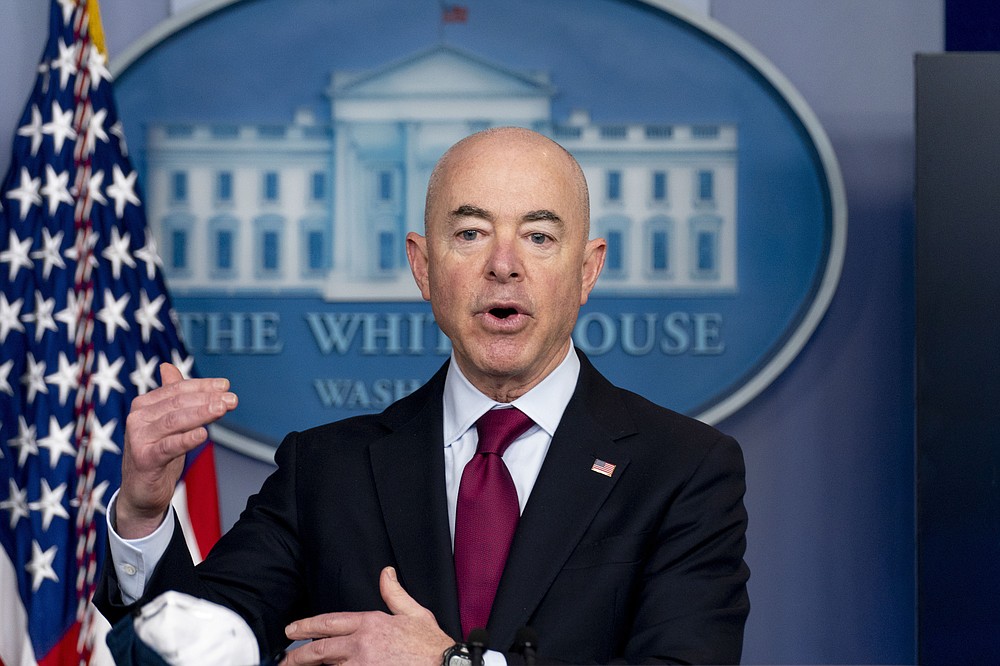 FILE - In this Monday, March 1, 2021 file photo, Homeland Security Secretary Alejandro Mayorkas speaks during a press briefing at the White House in Washington. The Biden administration is turning to the Federal Emergency Management Agency for help managing and caring for record numbers of unaccompanied immigrant children who are streaming into the U.S. from Mexico. Homeland Security Secretary Alejandro Mayorkas says FEMA will support a government-wide effort over the next three months, Saturday, March 13, 2021. (AP Photo/Andrew Harnik, File) 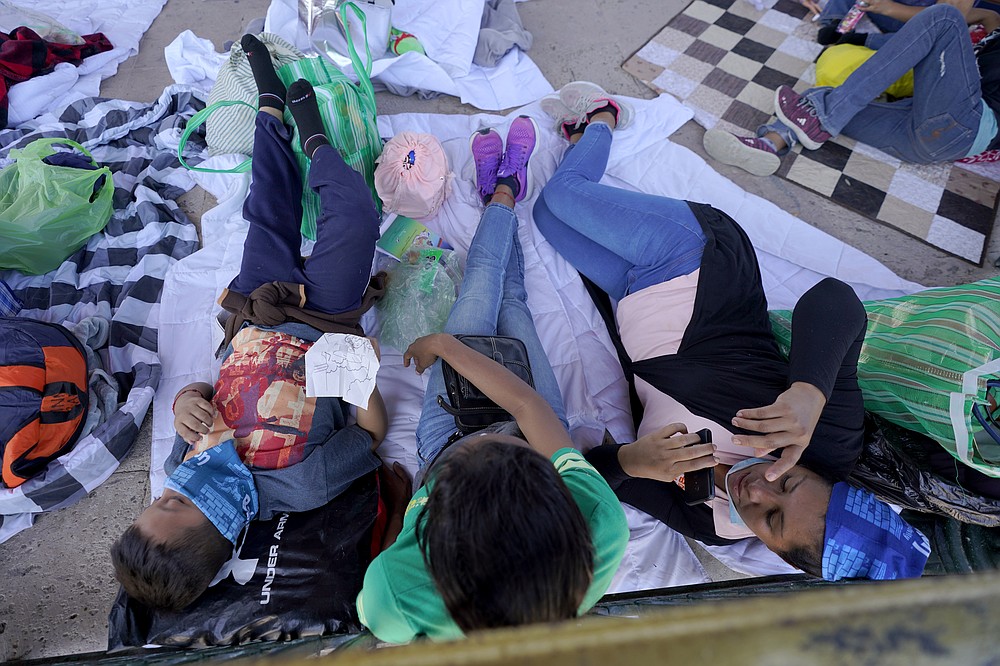 Migrants rest in a gazebo at a park after a large group of deportees were pushed by Mexican authorities off an area they had been staying after their expulsion from the U.S., Saturday, March 20, 2021, in Reynosa, Mexico. A surge of migrants on the Southwest border has the Biden administration on the defensive. The head of Homeland Security acknowledged the severity of the problem Tuesday but insisted it's under control and said he won't revive a Trump-era practice of immediately expelling teens and children. An official says U.S. authorities encountered nearly double the number children traveling alone across the Mexican border in one day this week than on an average day last month. (AP Photo/Julio Cortez)
ADVERTISEMENT