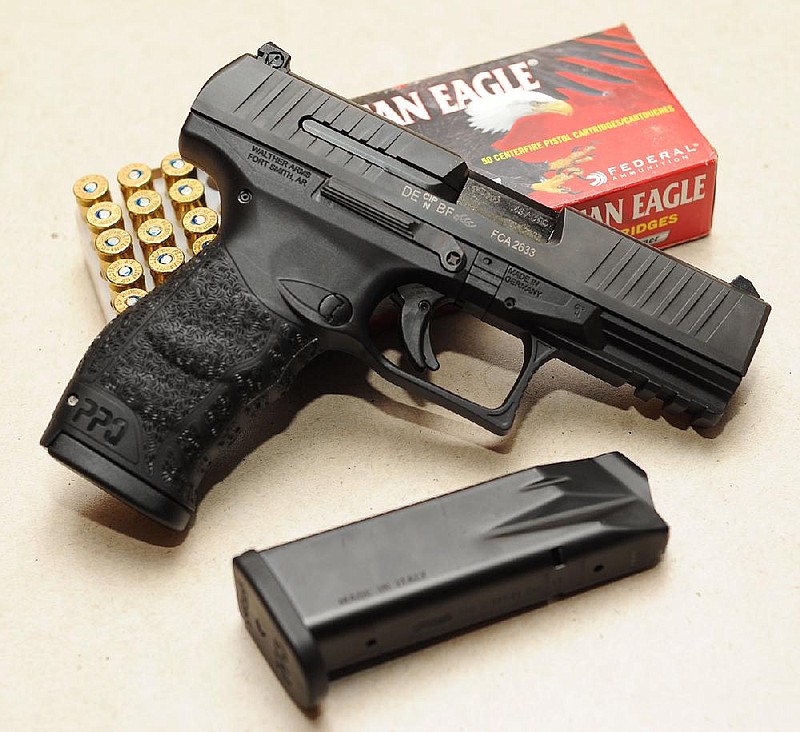 Legislation aimed at cracking down on repeat offenders armed with guns by denying them opportunities for parole was advanced by the Senate Judiciary Committee on Monday, even after lawmakers were told that the measure would cost around $250 million over 10 years.

Once convicted of the new gun charge, those offenders could face up to 20 years in prison.

Without the ability to release some of those prisoners early on parole, the Arkansas Department of Correction would be left to care for several thousand additional prisoners over the next decade, Corrections Secretary Solomon Graves told the committee.

Graves, who stressed that he was not speaking for or against the bill, said that it would cost the state more than $250 million to care for those additional prisoners, without factoring in the likely need to build new prison space.

"I just hope everyone understands on the front end that there's going to have to be a discussion about capacity on the back end," Graves said.

Republicans on the committee questioned the accuracy of the projections, which they noted had been prepared by an out-of-state firm based in Denver. The committee chair, Sen. Alan Clark, R-Lonsdale, called it a "worst case" scenario, and suggested that the burden on prisons would be lessened by people being deterred from committing crimes with guns.

Dismang, the bill's sponsor, also questioned the cost projections and said the measure was justified by the threat posed to communities plagued with gun violence.

"These are people we should be scared of," he said.

A similar measure to crack down on repeat offenders by eliminating parole eligibility failed in 2017 after Gov. Asa Hutchinson issued a rare veto threat over the projected cost: $692 million over 10 years.

In a statement released by his office Monday, Hutchinson again raised concerns about the bill's projected cost, though he did not say whether he would veto it.

"This bill addresses legitimate public safety concerns associated with gun violence, but we cannot pass this type of bill without putting additional amount of resources into increasing our prison capacity," Hutchinson said. "The costs may not be this year, but down the road we have to realize that more prison space will be required."

Four years ago, Hutchinson signed Act 423 of 2017 to reduce overcrowding in state prisons by diverging more offenders to supervision and short-term lockups in community correction centers.

Growth in the prison system mostly steadied after the law was enacted, but prisons remained overcrowded until the covid-19 pandemic forced the release of thousands of prisoners last year.

Graves said that the current ebb in the state prison population -- which averaged 13,673 in January -- was a temporary anomaly.

One of the sponsors of the 2017 criminal-justice reform effort, state Sen. Clarke Tucker, D-Little Rock, said Monday that he had yet to review SB300 but was concerned that it would undo some of law's successes in steadying prison populations.

"Part of the idea of Act 423 and other initiatives was to reduce the prison population so that there's room for people who need to be there," Tucker said.

Zach Crow, the director of the activist group Decarcerate, said SB300 "sort of represents the exact opposite of what we should look to do as a state."

The bill has the support of the Arkansas Sheriffs' Association; its director, Scott Bradley, told committee members "we are after violent repeat criminals, not the guns."

"Currently, the parole eligibility is just too lax and provides little deterrent effect for these types of criminals," Bradley said.

The Senate Judiciary Committee advanced SB300 on a voice vote Monday, sending the measure to the full Senate for consideration.