Man gets sentence for theft of mail 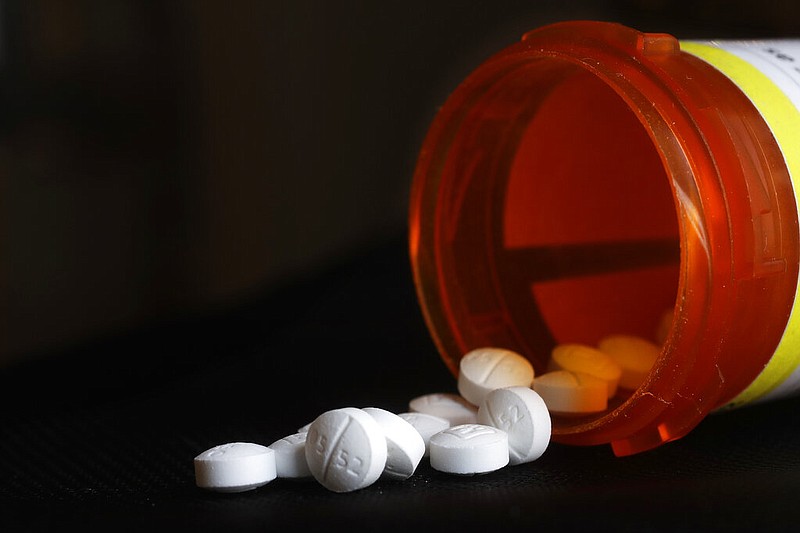 This Aug. 29, 2018, file photo shows an arrangement of pills from a prescription bottle in New York. (AP/Mark Lennihan)

A contract rural mail carrier who pleaded guilty in September to one count of theft of mail was sentenced Wednesday in federal court to a year of supervised probation and 100 hours of community service and was ordered by Chief U.S. District Judge D. Price Marshall Jr. to pay a $100 special assessment.

Mark Anthony Ford, 50, of Conway came under suspicion in early 2017 after agents with the U.S. Postal Service began investigating complaints of mailed prescriptions disappearing and of empty or opened pill bottles being found at post offices in Mount Vernon and Rosebud.

The maximum statutory penalty for the offense is five years in prison, a $250,000 fine and three years of supervised release.

According to court documents, on April 5, 2017, investigators placed a decoy package on the top of a mail bin that was to be driven from the post office in Rosebud to the post office in Romance, eight miles away. Ford, a Highway Contract Route driver with the U.S. Postal Service, picked up the mail bin and, according to the documents, removed the decoy package and opened it while he was en route from Rosebud to Romance. He then removed the cap of the decoy pill bottle, which triggered an alert to agents waiting in Romance for Ford to arrive, the documents said.

Upon his arrival at the Romance post office, Ford told agents that the package had "busted open," court documents said, and the package with the decoy pill bottle was then located behind the seats inside a pocket against the back wall of the single-cab truck he was driving.

Ford, dressed in a black suit and white shirt open at the collar, said little during the hearing Wednesday, deferring instead to his attorney, Caitlin Bennett of Little Rock.

Bennett, in arguing for probation for her client, pointed out his ties to the community, his stable work history, his family and community support, and his lack of a prior criminal history.

In a sentencing memorandum filed March 4, Bennett, noting that Ford had never before been in serious trouble with the law, said a sentence of probation coupled with the resulting felony criminal record would be sufficient to promote respect for the law and to serve as a deterrent against future offenses.

Further evidence of her client's contrition, Bennett said in the memorandum, was his compliance with all of the terms of his supervised release during the more than 2½ years he was allowed to remain free while his case was adjudicated.

"He's been compliant in that time, and there's no reason to think that he won't do equally well on probation," Bennett said in court Wednesday. "This offense was an aberration. It was a bad choice."

Bennett described Ford as a good husband, father, community member and supporter of his church, and she pointed to numerous letters of support from members of Ford's family and community as testament to her client's character.

Assistant U.S. Attorney Erin Siobhan O'Leary voiced no opposition by the government to leniency for Ford.

"The United States is just asking for a guideline sentence," O'Leary said. "Whatever the court deems appropriate."

Given the opportunity to speak, Ford declined.

"I understand," Marshall said. "When you have a good lawyer talking, sometimes it's just better not to say anything else, right?"

After the sentencing, Ford registered with the U.S. Probation Office and then departed the courthouse with family members who had attended the hearing.