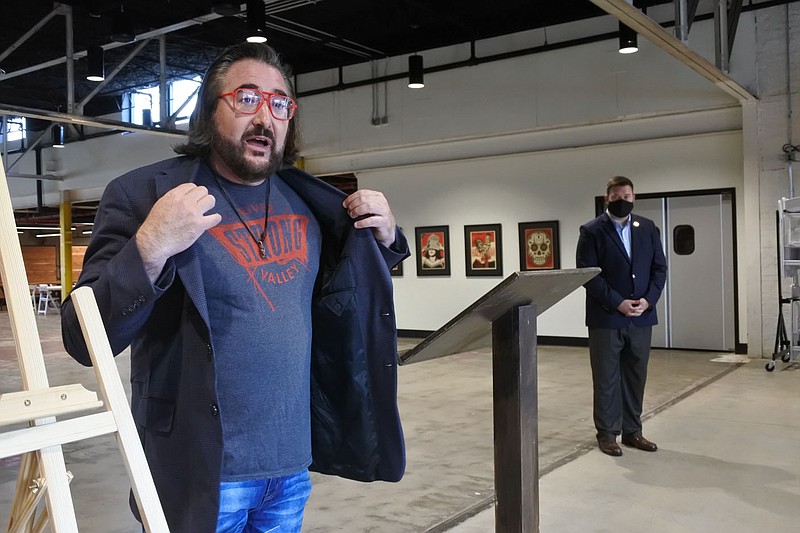 FORT SMITH -- An upcoming event dedicated to showcasing films made by people from around the world, as well as local students, received major financial support Thursday.

Arvest Bank will sponsor the inaugural Fort Smith International Film Festival with a $10,000 donation to the River Valley Film Society.

This gift supports both the festival and additional year-round programs to begin this summer "designed to enrich the artistic and professional lives of the River Valley's young professionals," according to a news release. A news conference and check-passing ceremony was held Thursday.

The festival will be held Aug. 13-14 at the Bakery District, 906 Cocktail and Cigar Lounge, 5 Star Productions and the Majestic in Fort Smith, the release states.

Brandon Goldsmith, the film society's executive director, said the festival had 163 submissions from 31 countries as of Thursday.

Jennifer Burchett, the festival's artistic director and treasurer of the River Valley Film Society, said Arvest Bank's donation will help the nonprofit organization spearhead programs for young people to get involved in film and explore everything the medium has to offer. These year-round initiatives may include film literacy, 48-hour film competitions and corporate commercial competitions.

Burchett said she hopes these programs will give young people skills they can use no matter what career they enter.

"As far as professional pathways go, we are setting our young people up for success and for jobs and careers in the real world," she said.

The film society started in 2020, Burchett said. Its goal is to enrich the community through film. The idea of bringing a film festival to Fort Smith came up during the group's first board meeting.

"We wanted an international audience, but we're also a community festival," Burchett said. "So having the community's involvement and this being a stepping stone for our local talent was a pivotal part of what we wanted to develop as far as bringing a functioning film festival to the community."

The festival's theme is "Through Their Eyes," Burchett said.

"We chose that theme for two reasons," Burchett said. "One, it was a natural and poetic extension of what we all experienced during this [covid-19] pandemic. We were all wearing masks, and in some way, we were really forced to really look at each other in a way that we never did before. Also, we want to take the opportunity to create projects where we can really see what life is like through somebody else's perspective."

High school students in the River Valley can win scholarships sponsored by the University of Arkansas-Fort Smith Foundation through the festival, the news release states. These include $2,000 for first place, $1,000 for second place, and $500 for third place, all of which are redeemable upon the winning students' entry at UAFS.

Students can also win cash prizes of $750 for first place, $500 for second place and $250 for third place, all of which are sponsored by Arvest Bank, according to the release.

Roger Holroyd, president and chief executive officer of Arvest Bank Fort Smith, said there were three reasons behind the company's $10,000 donation. The first is that the bank believes the film festival is an important inaugural event for Fort Smith, one that it wants to be successful.

"We see it as providing some economic stimulus, especially on the weekend of the international festival in August," Holroyd said. "We feel like there's definitely an economic stimulus or economic development piece to this that centers around tourism."

The festival's theme resonated with Arvest as well, according to Holroyd. It also sees the event as beneficial for Fort Smith high school and college students.

"And I think it really will just further ... the focus and the importance that Fort Smith places on diversity and inclusion and really just continue the tradition we have here of being an inclusive place to live and do business," Holroyd said.

Student outreach is also in process with the Fort Smith School District and Peak Innovation Center by coordinating with teachers to get students involved in the festival, according to the news release. The district is preparing to open the center this August in collaboration with UAFS. The center will facilitate career and technology education for regional high school students, alongside district-specific visual arts programming, according to the district. 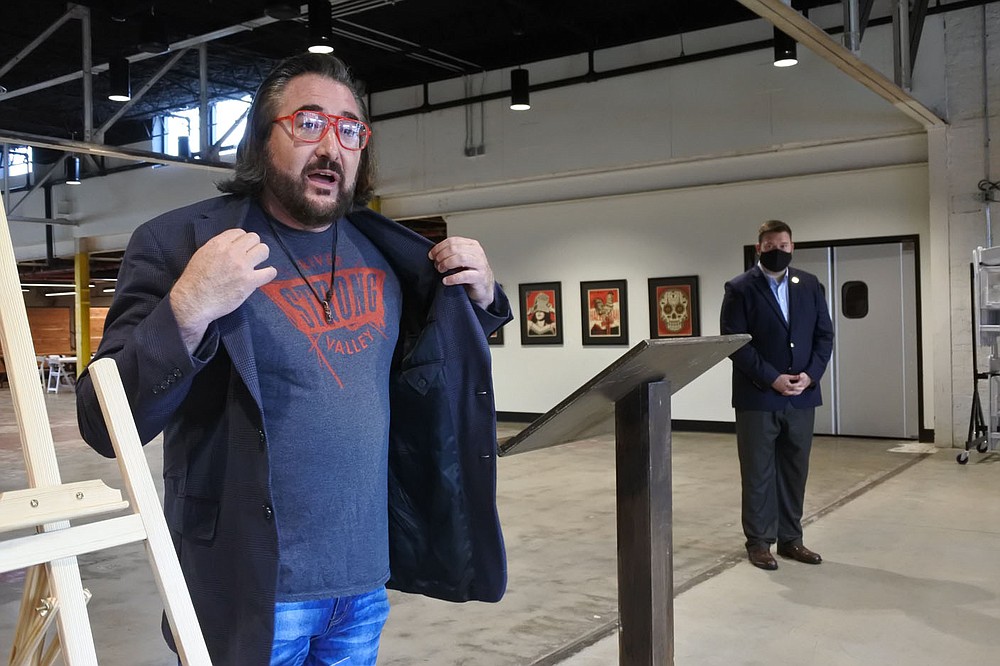 Filmmakers can submit their films to the Fort Smith International Film Festival through FilmFreeway.com. Submissions are welcome until June. Works may be submitted regardless of when they were completed. The festival takes place Aug. 13-14.