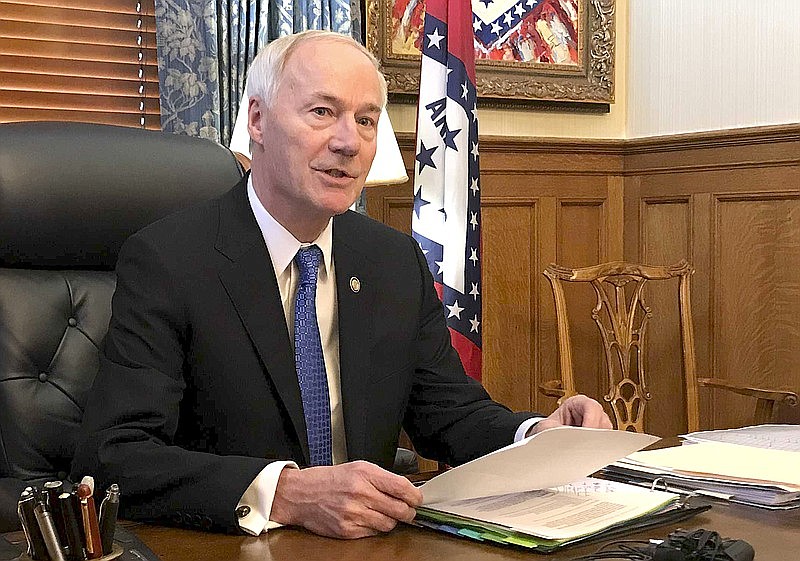 Gov. Asa Hutchinson on Friday signed into law legislation allowing doctors to refuse to treat someone because of religious or moral objections, a move opponents have said will give providers broad powers to turn away LGBTQ patients and others.

The measure says health care workers and institutions have the right to not participate in non-emergency treatments that violate their conscience. The new law won't take effect until late this summer.

Opponents of the law, including the Human Rights Campaign and the American Civil Liberties Union, have said it will allow doctors to refuse to offer a host of services for LGBTQ patients. The state Chamber of Commerce also opposed the measure, saying it sends the wrong message about the state.

Supporters of the conscience provision have said it allows providers to cite conscience for not performing types of treatment, but couldn't use it for targeting specific groups of patients. Hutchinson had opposed a similar bill that was rejected by a House committee in 2017.

The law is among several measures targeting transgender people that have easily advanced through the majority-Republican Legislature this year. Hutchinson on Thursday signed a law that will prohibit transgender women and girls from playing on sports teams consistent with their gender identity.

A final vote is scheduled Monday on another proposal that would prohibit gender confirming treatments and surgery for minors.

The bill are advancing as a hate crimes measure backed by Hutchinson has stalled in the Legislature after facing resistance from conservatives. The bill would impose additional penalties for committing a crime against someone because of their characteristics, including their sexual orientation or gender identity.