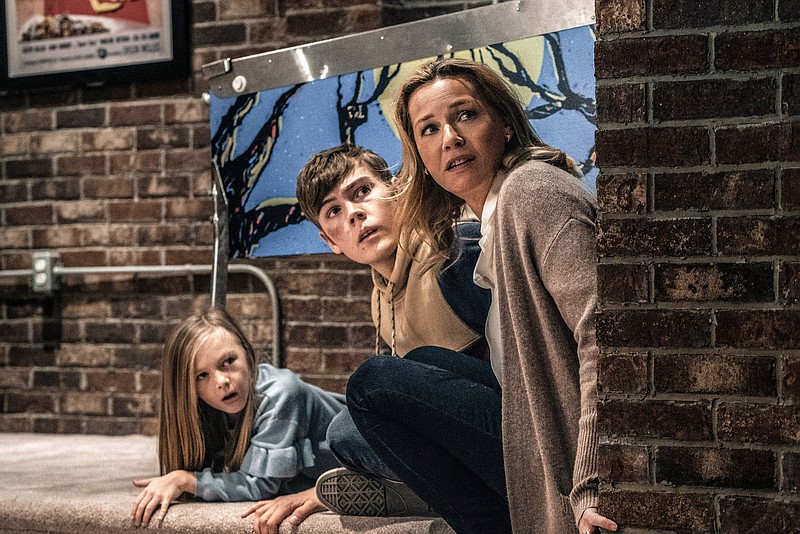 From the moment the "Nobody" trailer dropped, I knew it was going to be impossible for my brain to avoid "John Wick" comparisons. This movie is like the love child of "Better Call Saul" and "John Wick."

When I first saw the trailer, I expected "Nobody" to be an unimpressive action film. But consider me completely surprised when the movie turned out to be a funnier (and uglier) version of "John Wick." And so much of that is due to how good Bob Odenkirk is at playing guys down on their luck and then making a comeback by punching above their weight.

As for "John Wick" comparisons, their stories have a few parallels. For starters, both feature a main character who used to be some slick killer but retired after he fell in love and got married. While Keanu Reeves played an assassin, Bob plays some sort of black ops government agent called an "auditor."

Both get the tar beat out of them and leave retirement to fight legions of Russian gangsters. Keanu ends the film by getting a dog. Bob gets a kitten at the end of his movie.

But "Nobody" isn't a shameless copycat. There's enough stylistic differences to how each film handles its storyline that left me nodding and saying, "OK, I see where you're going."

The biggest difference between the two is humor. John Wick isn't supposed to be a funny movie. It's sleek, polished, and offers shootouts and carefully choreographed fights that are full of martial arts. You watch John Wick because you want to see Keanu murder people and look good while doing it.

"Nobody" is rougher around the edges. It takes a longer time to really beat down Hutch (Odenkirk's character) and paint him as a loser. His wife sleeps with several pillows between them, and his son is disillusioned after their house gets broken into, and Hutch doesn't put up a fight. Only Hutch's young daughter has any faith in him, and she's sweet enough that I got cavities from the few scenes she shared with Hutch.

When Hutch does finally come out of retirement, it's not because he's "had enough." It's not because gangsters murdered his family. It's because he thinks the robbers took his daughter's kitty cat bracelet, and he doesn't want to let her down. It even leads to him screaming later, "Give me the [expletive] kitty cat bracelet, mother[expletive]!" My wife and I laughed so hard at that line.

And that's really what makes "Nobody" so fun to watch. It's a hilarious movie. So when a bunch of drunken gangsters get on the same bus as Hutch and start harassing a girl, and he stands up to announce, "I'm going to [expletive] you up," it's hilarious but true.

The other big difference between "Nobody" and "John Wick" is how they fight. Wick fights like an assassin trained in multiple forms of martial arts and weapons. Hutch is more a brawler who will use whatever he can find around him to fight, broken handrails from a bus, a purse strap to choke someone, a torn piece of a seatbelt.

And Hutch takes a lot of damage. He gets stabbed, hit, tasered, shot, and he clearly demonstrates he's in a lot of pain. During the bus fight, he gets hurled through one of the large windows. It takes a minute, but he groans, gets up, and limps back to the front of the bus to get on and finish beating up the gangsters. It makes his physical agony real and extreme.

Another great factor in "Nobody" is the soundtrack. Whoever did sound design for this movie made fantastic choices. It's full of perfectly-timed tracks from "Life Is a Bitch" by Luther Allison to Pat Benatar's "Heartbreaker." They never fail to set the mood.

There are a few silly things I had to overlook. I feel like "Nobody" tried to be a more grounded action movie, but there's a couple of moments where my brain went, "Come on, dude. Really?"

When the Russian gangsters contact someone at the FBI to look up Hutch's file, the guy at the computer literally has a search bar that's labeled something like "Private search database." And it's just supposed to have access to all classified files?

The lead Russian gangster is named Yulian Kuznetsov (played by Aleksei Serebryakov), and he's got this henchman who can supposedly just look at a medical chart and analyze the level of someone's brain damage? What drug lord has a lieutenant in his gang with extensive knowledge of brain damage?

A few times, out of nowhere, Odenkirk starts narrating, and that rubbed me the wrong way. I like narration when it's done right (as in "Blade Runner"). But it has to be consistent and exist for a reason. I think Hutch narrates twice in this movie, and it's pointless both times.

But these are minor nitpicks. "Nobody" is full of great lines like, "You brought a lot of shotguns" and "you brought a lot of Russians." By the way, that first line? Spoken by the one and only Christopher Lloyd (who plays Hutch's father).

Watching Hutch gleefully kill Russian gangsters with shotgun after shotgun (even what looked like a blunderbuss at one point) is a joy unto itself. Hutch repeatedly giving his backstory to people only to look up and realize they died halfway through is always amusing.

The aspect of Hutch trying to rebuild his marriage is ... fine. Connie Nielsen plays Hutch's wife, Becca, and she's certainly present in the movie. I was never quite sure what the problem in their marriage was. I think it's implied that to cover up his past and protect his family, Hutch had to pretend to be normal, but he overdid it a bit. I guess he became a loser, causing his wife to stop loving him? But it's not clear.

"Nobody" does a great car chase heading into the finale, and even though there's a bit of "Home Alone-ing" at the end of the film, I was willing to overlook it. It's cheesy, but when sandwiched by the rest of the film it fits in OK.

The cinematography reminded me a lot of "Better Call Saul," especially at the beginning where we see Hutch's daily routine sped up and played over days. There's also a great POV shot at the end when Hutch tosses his brother (played by RZA) a handgun.

At 92 minutes, "Nobody" is a film that doesn't overstay its welcome and delivers big action and solid laughs. It's blunt. It's bloody. It's delicious.