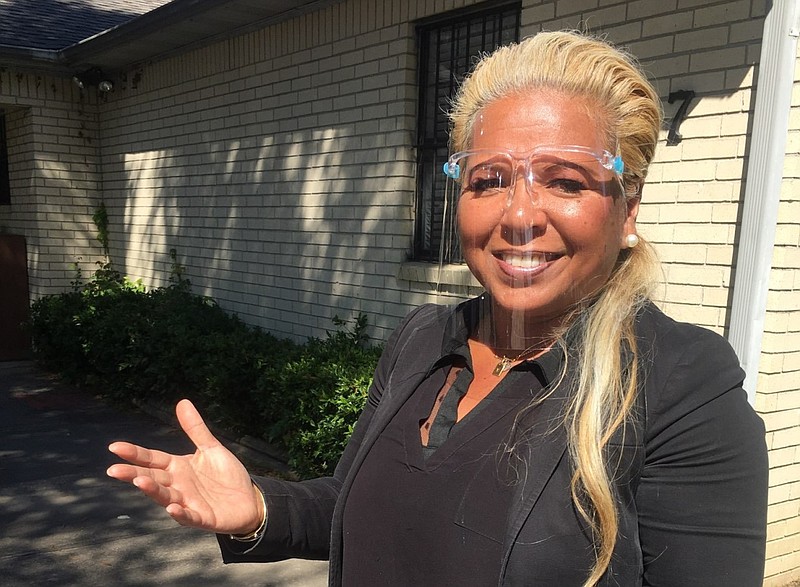 Businesswoman Supha Xayprasith-Mays of Little Rock will seek the Democratic nomination for governor next year, she announced Friday.

She said she is running for governor because there are so many families struggling in Arkansas, many children are going to bed hungry, and "hopelessness has already begun, there is no job."

Xayprasith-Mays said she cannot simply complain about these matters, she wants to serve a higher purpose. She made the decision to run last year.

"I am not concerned about who I am running against because I know what I am running for, the people of Arkansas," she said.

"It is time that we put the people first with inclusion. It is about you, it is about me, it is all of us," Xayprasith-Mays said before several dozen people at her campaign headquarters in North Little Rock.

She said she wants to help create jobs in Arkansas and train people with marketable job skills.

Her company publishes Inclusion magazine, and she hosts youth and women empowerment seminars and conferences throughout the state, according to her campaign. She is a former regional manager for Walmart and arrived with her family in Northwest Arkansas from Southeast Asia at the age of 6.

At Friday's news conference, former Gov. Jim Guy Tucker, a Democrat and supporter of Xayprasith-Mays, introduced her husband, attorney Richard L. Mays of Little Rock. Tucker said he met Mays in the mid-1960s at the law school at the University of Arkansas, Fayetteville. Mays is a former state Supreme Court justice and a former state representative.

Before he introduced his wife, Mays said, "I look forward and am very excited about the prospects of being the first man" after his wife is elected governor.

He said his wife believes that one of the ways to help the people of Arkansas is to focus on the "green energy" sector, which offers numerous opportunities for young people to address the negative environmental impacts that have been recently evident in Texas and around the globe. He said carbon recapture technology could make Arkansas a business leader around the world.

Xayprasith-Mays, 51, is the second Democrat to signal their intention to run for the party's nomination for governor that year. Earlier this year, businessman James "Rus" Russell of Little Rock said he plans to seek the nomination.

Attorney General Leslie Rutledge of Maumelle and Sarah Huckabee Sanders, a former press secretary for then-President Donald Trump and the daughter of former Republican Gov. Mike Huckabee, are the announced candidates for the Republican nomination for governor.

Republican Gov. Asa Hutchinson is barred from seeking reelection under the state's term-limits amendment. He has been governor since 2015.

His nephew, Sen. Jim Hendren of Sulphur Springs, is a potential candidate for governor. Hendren left the Republican Party in February to become an independent and formed a group called Common Ground.