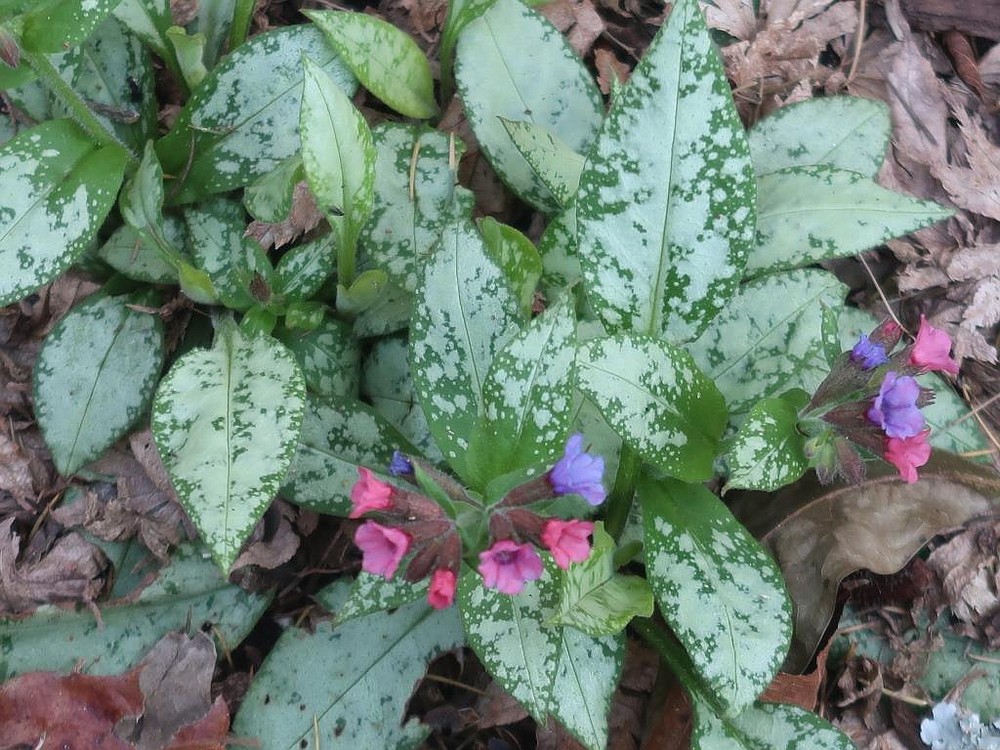 Pulmonaria or Lungwort - pulmonaria is a wonderful, long-lived, flowering woodland shade plant. This clumping perennial is an early bloomer in the woodland garden. Many varieties have pink or purple blooms, but some have blue, white or red flowers. 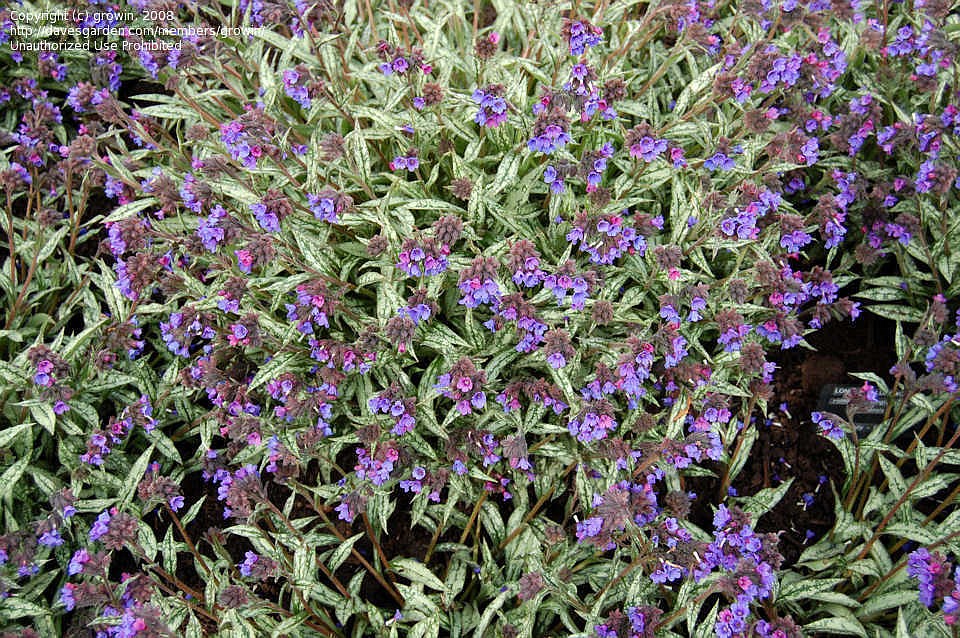 Pulmonaria leaves are deer-resistant and range from solid green to nearly pure silver. 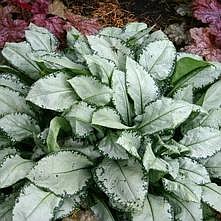 The common name lungwort has been given because it resembles the lung, but it also was used historically to treat lung ailments. Pulmonaria cultivars rival hellebores to be the first flowering perennials in the late winter and early spring garden. They prefer light shade and a moist but well-drained site. 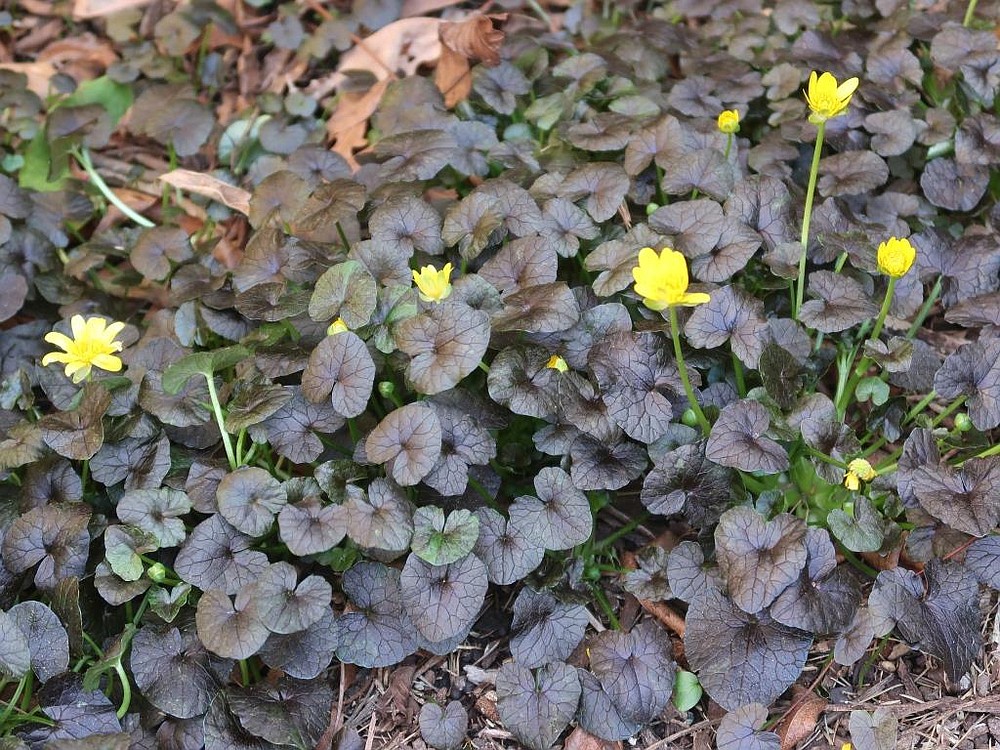 The fig buttercup, also known as the lesser celandine or pilewort, is a non-native plant from Europe and Northern Africa that has the potential to become an invasive plant, so monitor its growth if you have it. 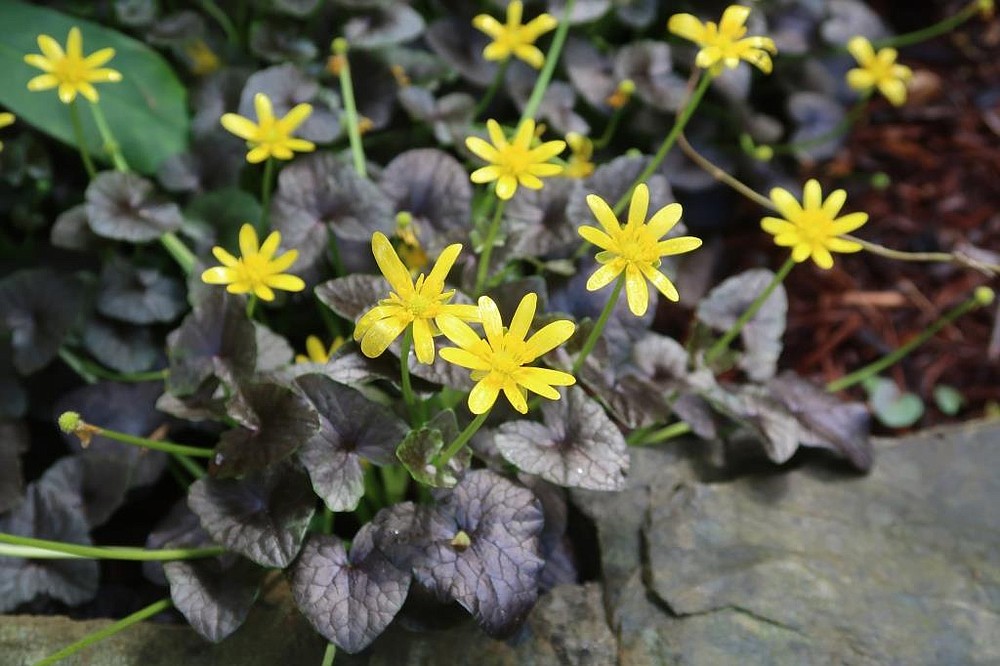 Is a spring ephemeral—here today and gone when it gets hot, but you may have it coming up in other places if you aren’t careful. The gardeners who I know who have it have not had a problem, but it could become one. There are both green leafed varieties (which can be more aggressive) and dark purple foliaged forms. 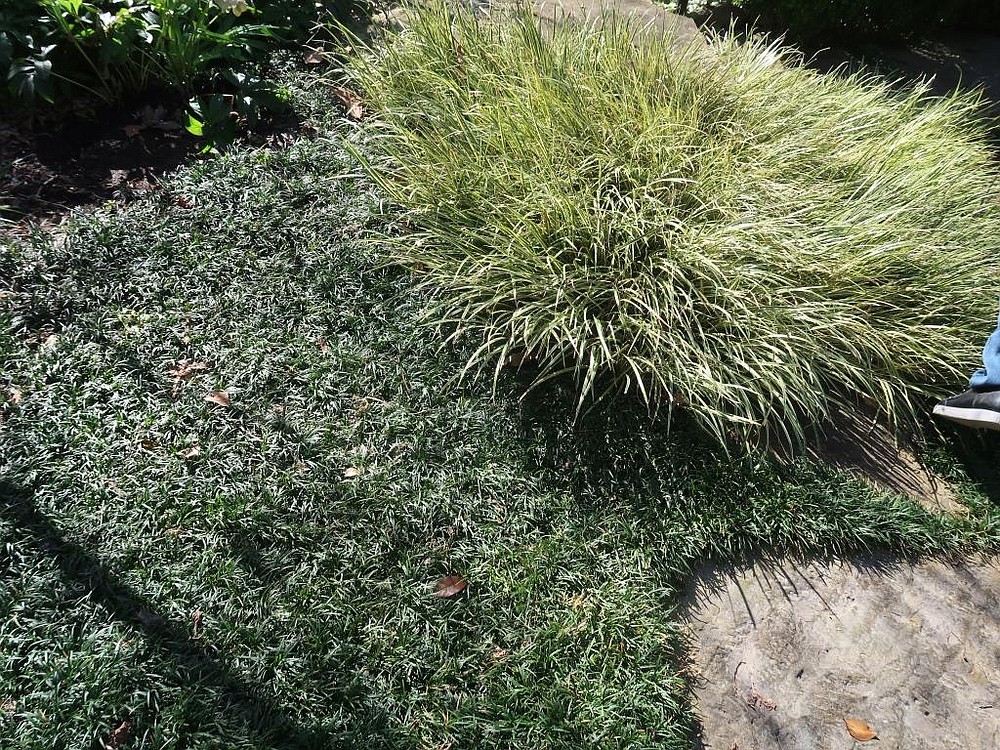 often called dwarf monkey grass, this evergreen groundcover it in its own genus—not liriope. The smaller leaves and lower height make it a nice “lawn” substitute in shady areas. 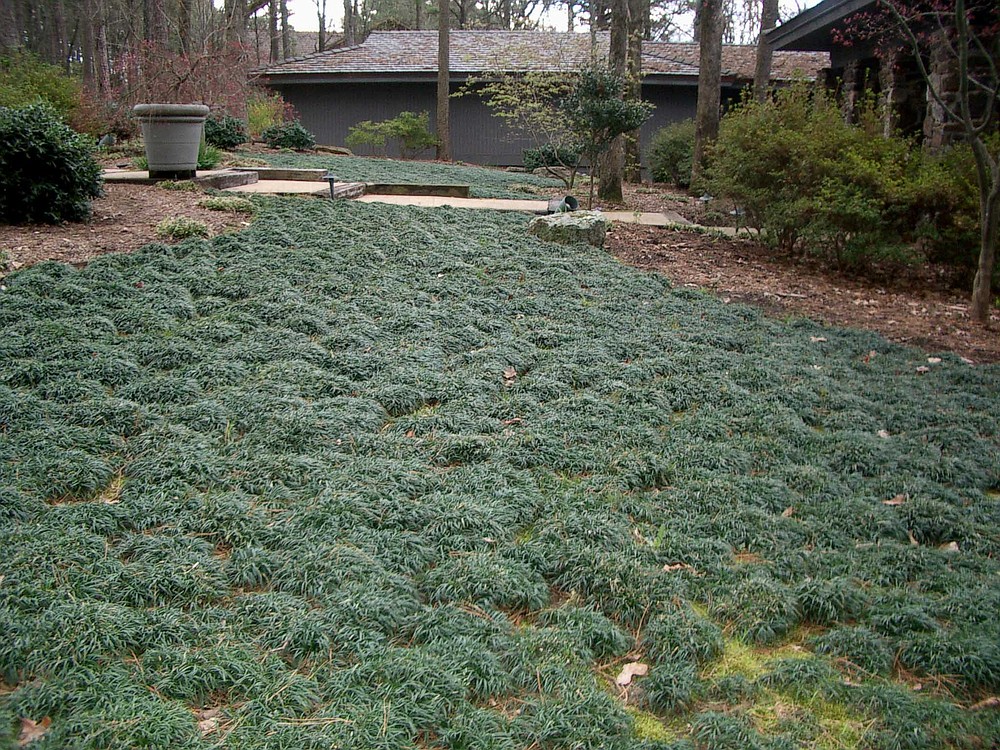 Over time it will give complete coverage, but it is slow to establish. It prefers light to heavy shade and moist, well-drained sites. 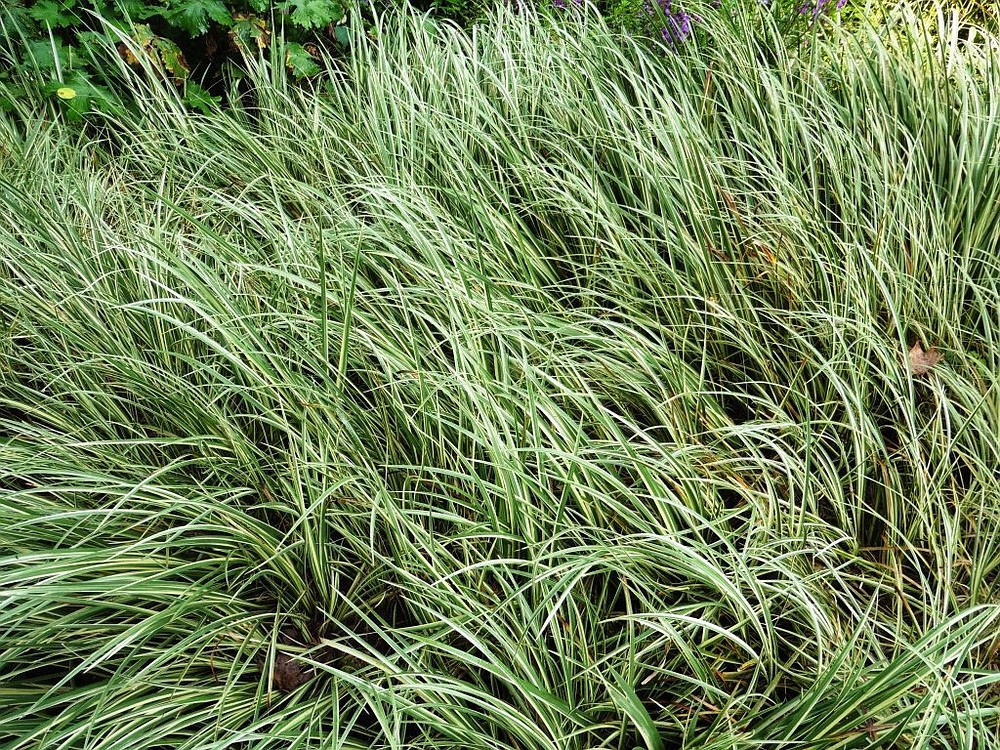 -is a small, grass-like evergreen perennial. When people hear the common name sweet flag, they think they are getting an iris. Native to India and China, this plant spreads like an iris with rhizomes, but with thinner, more grass like foliage. 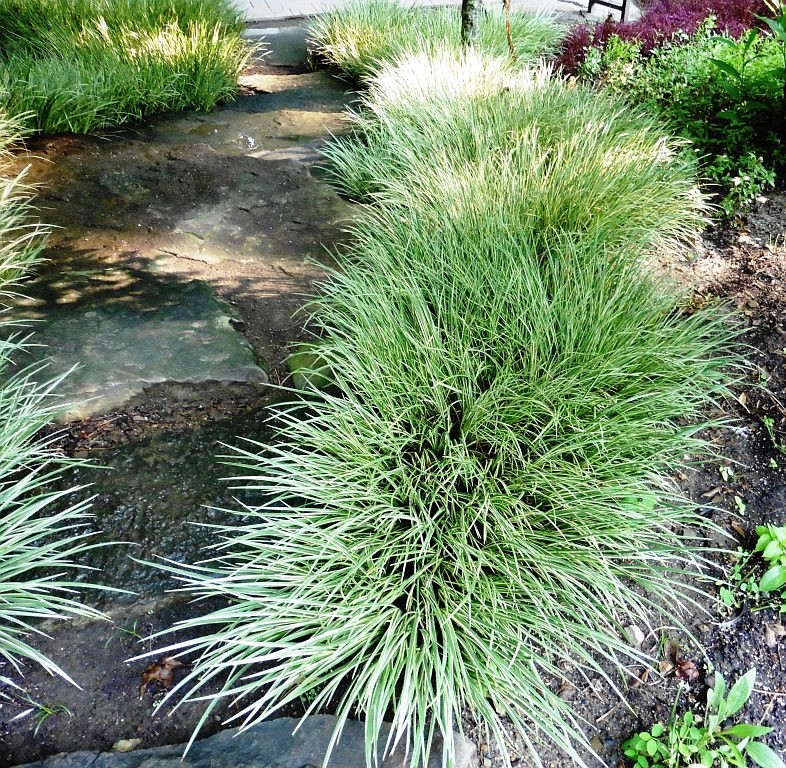 The most common variety is this yellow-green form called ‘Ogon’. It grows about 10-12 inches tall and wide and will gradually enlarge over time, but it is not aggressive, nor invasive. It will grow in full sun to partial shade, but not happy in really dry spots.