She stole his parking space — he stole her heart 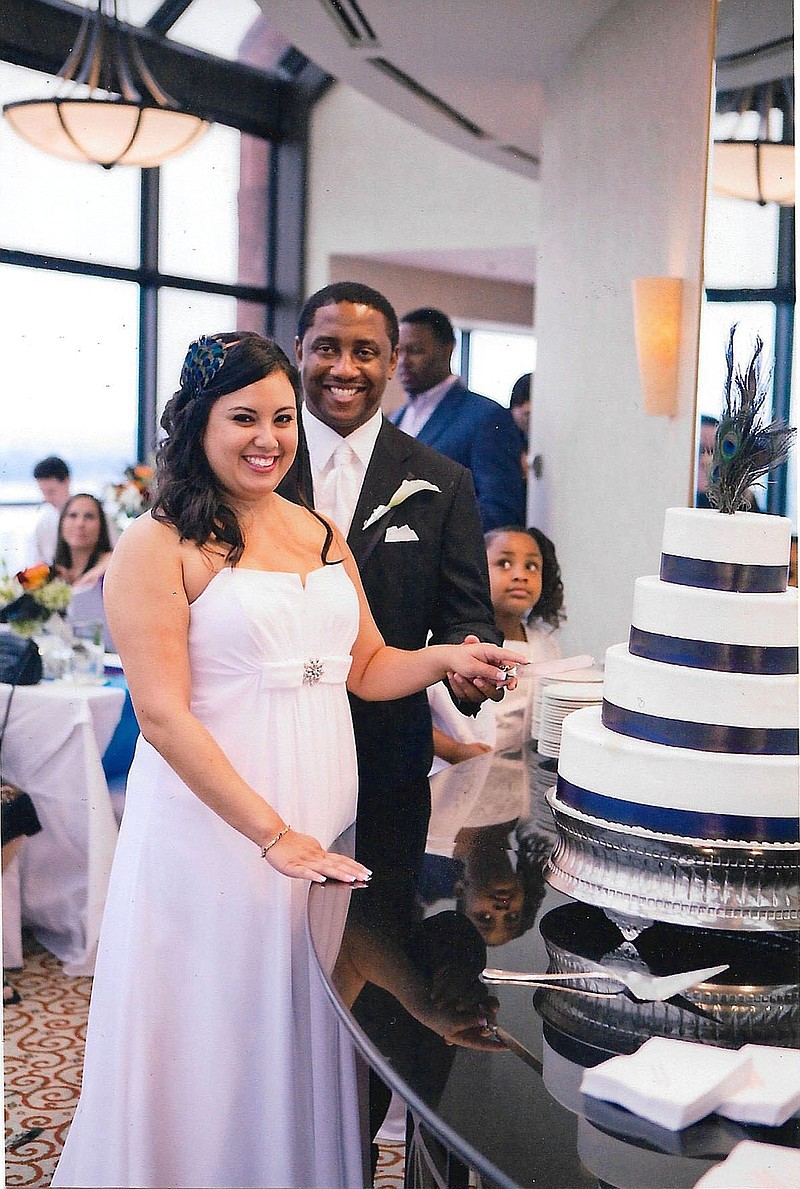 Lynnette Romero and her friends admired Keith Rancifer from afar, and she at once declared that she would marry him ... and then he spoke to her.

Her admiration came to a screeching ... pause.

Lynnette had been driving back and forth between the University of Central Arkansas in Conway, where she was taking classes, and Little Rock, where she lived and worked. In 2002, she moved in with her friends, whose apartment was directly above Keith's.

She had been thrilled to see him approaching to speak to her the day she was carrying boxes from her car into her new apartment, but his parking space comment put a damper on her enthusiasm.

She moved past her irritation, though, and sometime later while they were making small talk in front of their apartments, Keith mentioned he was going to get something to eat. He asked if she wanted to go with him, and she accepted.

"It was super casual, and I think I drove," she says. "We just chatted and he asked me questions about where I moved from and what I was doing and things like that."

Lynnette told him she was a hostess at a restaurant, but she didn't mention that the restaurant was at Embassy Suites. Keith dropped by a couple of weeks later to talk with the restaurant manager and saw her there.

"I talked to him the whole time that he tried to eat his dinner because I was his hostess," Lynnette says. "Then I said, 'Well, if you ever want to get together or go do something, let me know.' I think it was the next day he like knocked on the door and was like, 'Well, I'm going to Pinnacle Mountain if you're interested.'"

They borrowed canoes and paddled around, then they sat and talked for a while before heading back.

"I guess that was our first date," Keith says.

As they got to know each other better, they traveled together often. Their first trip was to Las Vegas, and Lynnette's family joined them there from their home in California.

Keith worked on national political campaigns and Lynnette joined him on business trips.

"I love Six Flags, so we used to go to Six Flags every year," Keith says. "She likes the rides, but I don't ride anything but the water rides."

Vegas and New York also became annual treks for them, one in summer and one in winter.

After six years of dating, Lynnette was ready to settle down.

"She told me, 'I want to be married and I want this type of ring and this and this and that. And I knew she wanted to be married; I was just moving my feet slow," he says. "One day when we had an argument, she said that, so I just reached in my closet and pulled out a ring and I said, 'Oh, you see this? I'll do it when I want to do it,' and I put it back in my closet. I worked on a campaign, so I had bought the ring while I was working out of town."

They were married on Sept. 12, 2009, in Bethel African Methodist Episcopal Church in North Little Rock. There was a wedding reception that followed in the Pinnacle Room at the Peabody Hotel.

Keith and Lynnette honeymooned in Miami.

"That's where I held an alligator for the first time," Lynnette says.

She appreciates that Keith humors her whims and desires, which include, at the moment, seeing an alligator in the wild. They recently drove in an area around North Little Rock known for alligator sightings.

Lynnette and Keith have two daughters, Erin, 10, and Natalie, 7.

When Erin was a toddler, Keith was behind Lynnette's plan to schedule a quick overnight trip to North Carolina so Erin could see a production of her favorite show, "Yo Gabba Gabba."

"He's very patient with my crazy whims," Lynnette says of her husband.

She loves the way Keith cares for her family, doing thoughtful things for them like having food delivered to her dad in California for Thanksgiving this past year because he would be alone for the holiday during the pandemic. And she still appreciates the characteristic that first attracted her to him -- his smile.

"He has a great smile," she says. "When he smiles genuinely, like it's amazing. It lights up my world."

She describes their love story as somewhat nontraditional.

"It's not your typical romantic fairy tale. But I think that's us, right? We have this messy, super real life," she says. "I think that, for me, is better than anything I would have seen in a movie or anything like that. I think the thing is, he's my friend."

He says: “She was driving out of the parking lot really fast. I didn’t think too much about it.”

She says: “I was just emotional. My mom wasn’t there — she passed away — and my dad told me that he was proud of me. But I saw Keith and I had known from the beginning that I was going to marry him.”

He says: “I was excited, nervous, but overall I felt happy because I felt I was making the right decision and that this was something I wanted to do.”

She says: “You have these fairy tales of how things are supposed to go, but if you’re not friends and you don’t communicate, there’s no way that a marriage can survive.”

He says: “Don’t be afraid to argue. But know that that helps build relationships as far as getting to understand each other.”