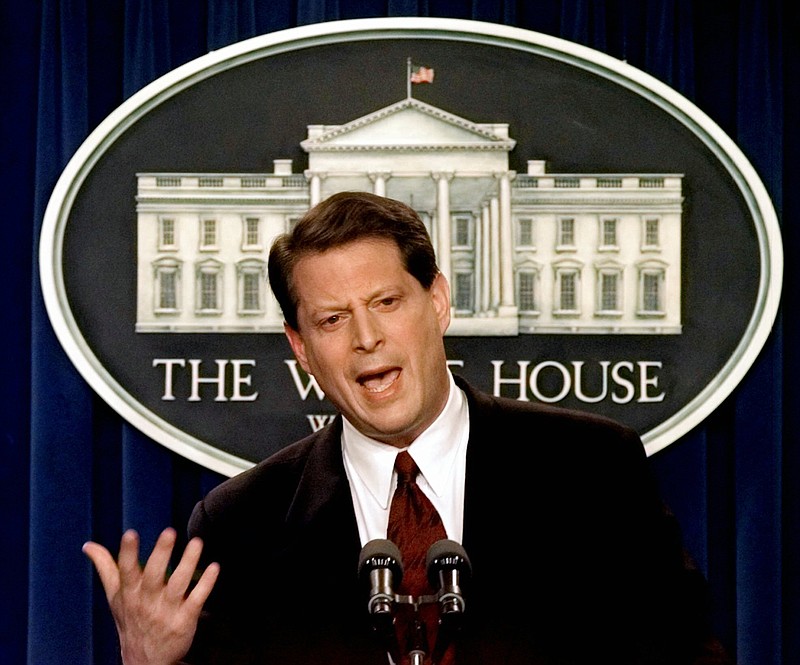 WASHINGTON -- Mike Pence led the coronavirus task force only to be constantly overruled by the White House. Al Gore's efforts to "reinvent government" were largely forgotten during the Monica Lewinsky scandal. Dan Quayle's revamping of space policy never got much notice to begin with.

For decades, the job of a vice president was to try to stay relevant, to avoid being viewed, in the words of one occupant of the post, as "standby equipment." But in recent administrations, the seconds-in-command have increasingly been deputized with special policy assignments that add some weight -- and political risk -- to the job.

That's likely to be the case for Vice President Kamala Harris, who last week was named the new point person on immigration. The job was assigned as President Joe Biden is rolling back four years of stringent policies enacted by his predecessor and contending with intensifying Republican criticism over the increased flow of migrants to the U.S.-Mexico border.

"It's usually a ceremonial role. This is definitely not a ceremonial task," said Nina Rees, a former deputy assistant for domestic policy to Vice President Dick Cheney.

Harris' team has clarified that the vice president does not own all of immigration policy. She will be focused on the diplomatic side, working with Guatemala, El Salvador and Honduras to try to stop the flow from those countries, and not on the difficult task of deciding who is let into the U.S., where they are housed and what to do with the children who arrive without their parents.

"The vice president is not doing the border," Harris spokeswoman Symone Sanders said.

"It's important for the administration to succeed in this," said Elaine Kamarck, who helped Gore lead the effort to overhaul and streamline government. "If you want to get to the source of the problem at the border, you've got to go into these countries and you've got to use American clout in any way you have it."

Now a senior fellow in governance studies at the Brookings Institution, Kamarck is author of "Picking the Vice President," which argues that, starting with Gore, vice presidents have effectively formed governing "partnerships" with the president. That continued with Cheney -- who had a hand in nearly everything George W. Bush's White House did -- and Biden, who brought a deep knowledge of Capitol Hill and foreign policy when he joined Barack Obama's administration.

Kamarck's argument bucks the traditional wisdom, which says if a vice president does well on thorny issues, more credit goes to the president and, if not, it gives the president some political cover.

The matter of who gets praise, or blame, is even trickier when it's clear the vice president has White House aspirations.

That's an especially strong dynamic in the Biden White House. Harris' presidential ambitious are clear -- she already ran against Biden last year -- and Biden's future is perhaps cloudier. The 78-year-old president said last week that "My plan is to run for reelection " but later added, "I've never been able to plan 4½, 3½ years ahead for certain."

"There's very little that compares to the experience of being in a White House and heading a major issue, spending time getting to know the main players, getting media attention," said Julian Zelizer, a professor of history and public affairs at Princeton University. "If she can figure out a way to do this -- whether it's 2024 or 2028 -- it becomes part of her portfolio."

That, though, also could be a big 'if.' Democratic White Houses have for decades been confounded by border policy, as encapsulated by Obama. His administration deported a record number of people in the country illegally, but late in his term took unprecedented steps to provide legal protections for migrants brought to the U.S. as children.

"It is a huge problem on many different levels, both humanitarian and health and security," said Ray Sullivan, a Texas-based Republican strategist. "I also think it cuts across political lines. Folks from all political persuasions can look at the border crisis and think something's not working right at all."

John Adams once bemoaned the vice presidency as "the most insignificant office that ever the invention of man contrived." Gerald Ford, who spent only eight months as vice president before succeeding Richard Nixon, was so miserable that he urged Cheney not to take the job under Bush.

Even Biden -- though he used his eight years as vice president to help the Obama White House draw down U.S. troops in Iraq and oversee implementation of federal stimulus in response to the 2008-09 recession -- once noted that "Ben Franklin, when the Constitution was written, said 'we should refer to the vice president as 'his superfluous excellency.'" 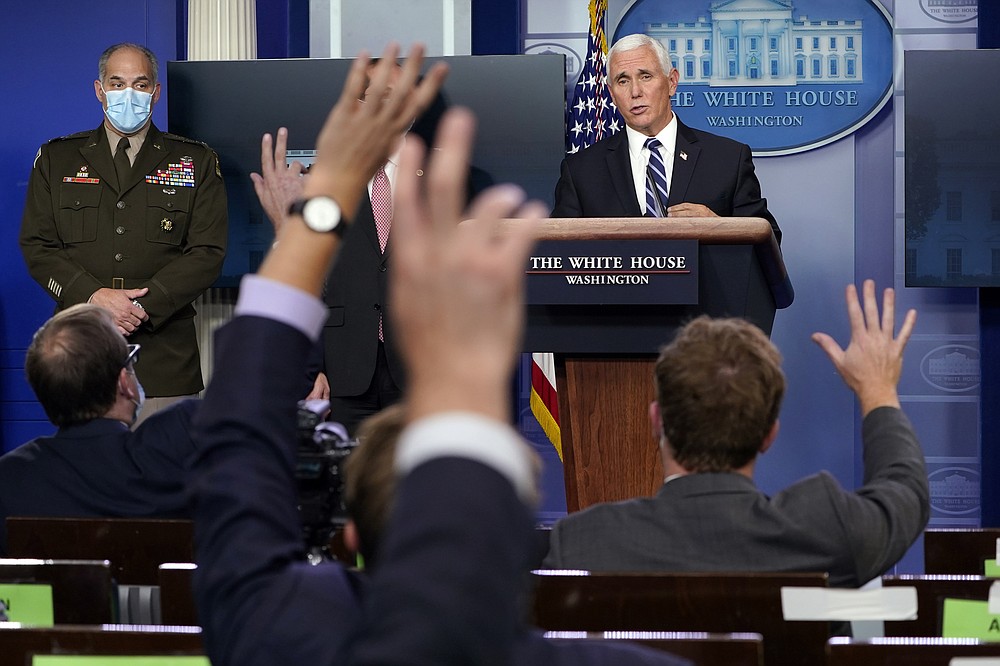 FILE - In this Nov. 19, 2020, file photo Vice President Mike Pence speaks during a news conference with the coronavirus task force at the White House in Washington. (AP Photo/Susan Walsh, File) 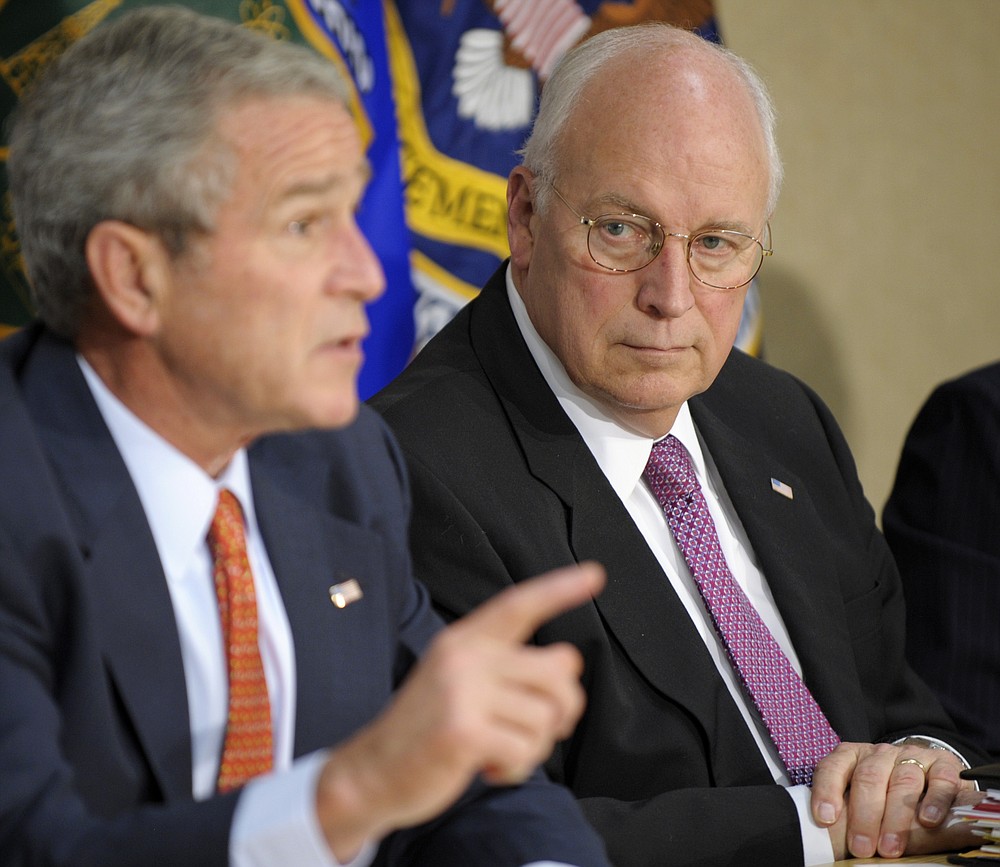 FILE - In this July 11, 2008 file photo, Vice President Dick Cheney looks on as President Bush makes a statement on energy at the Energy Department in Washington. (AP Photo/Evan Vucci, File) 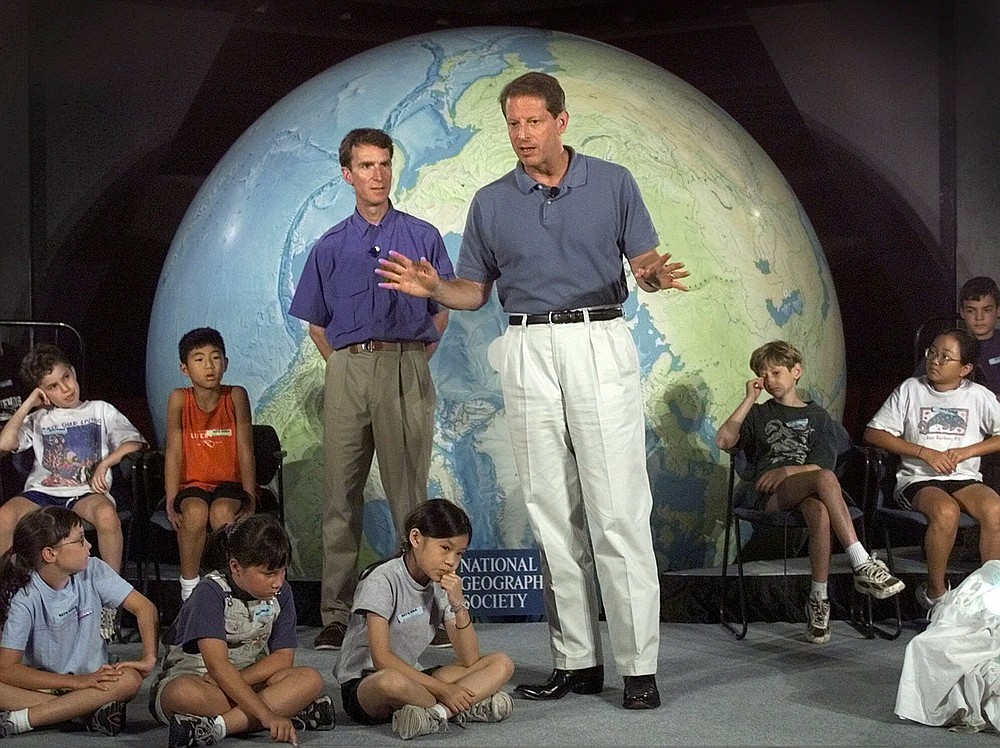 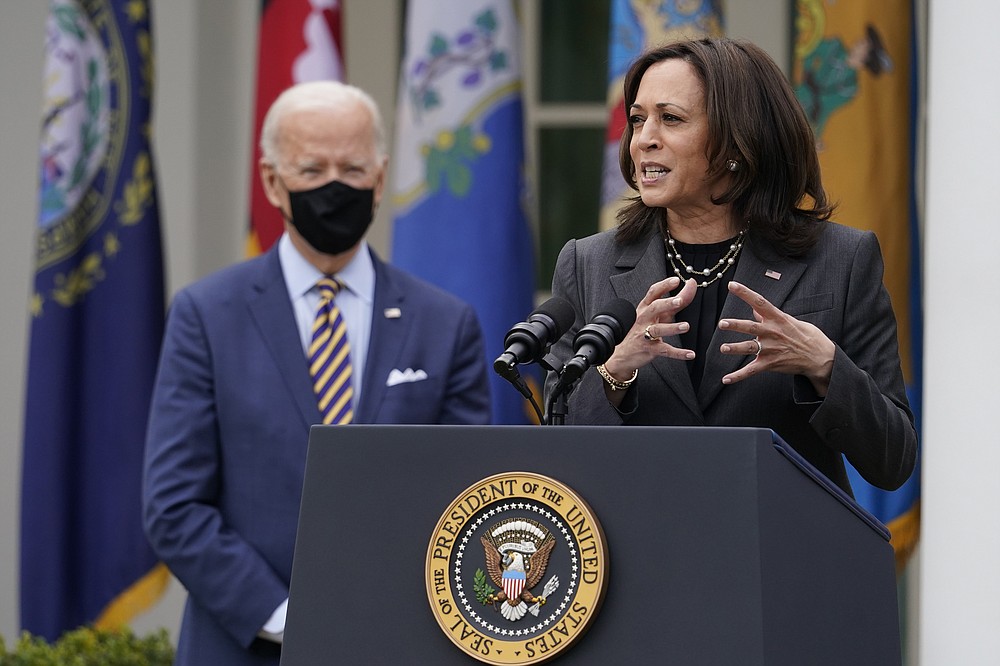 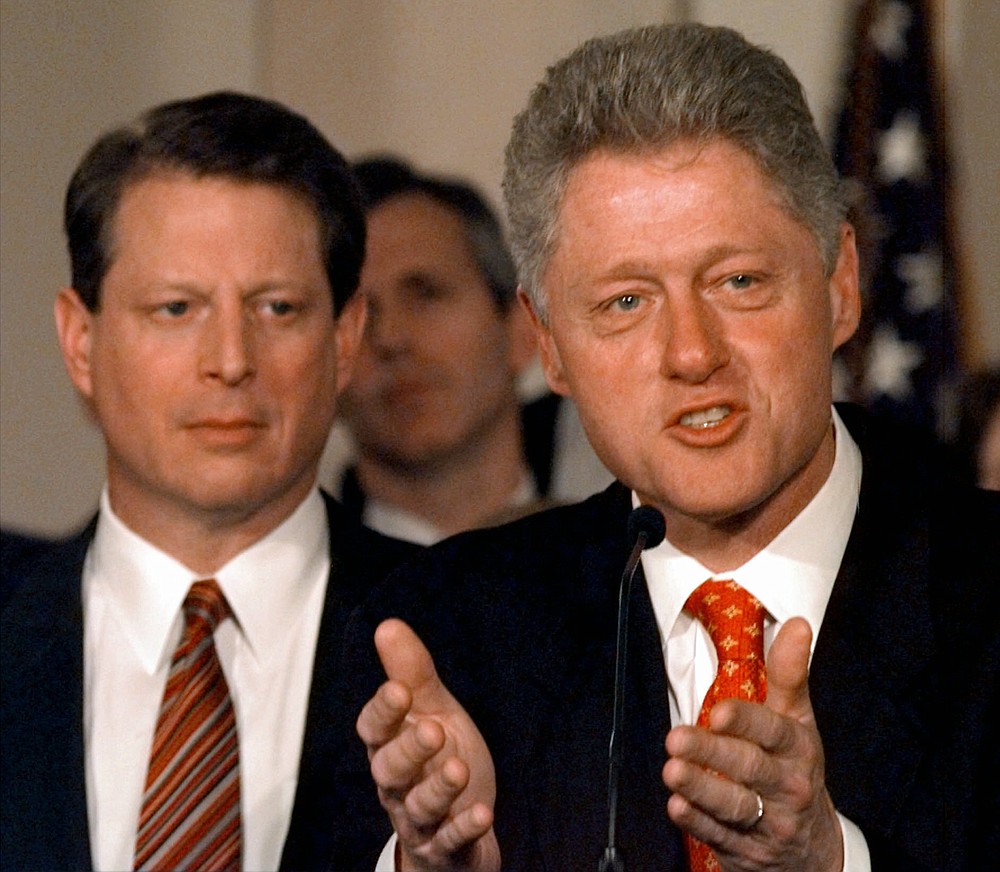 FILE - In this Jan. 14, 1998, file photo as Vice President Al Gore looks on, President Clinton talks in the Grand Foyer of the White House in Washington about his proposed patient "bill of rights" to guard against abuses in managed-care health plans. (AP Photo/Ruth Fremson, File) 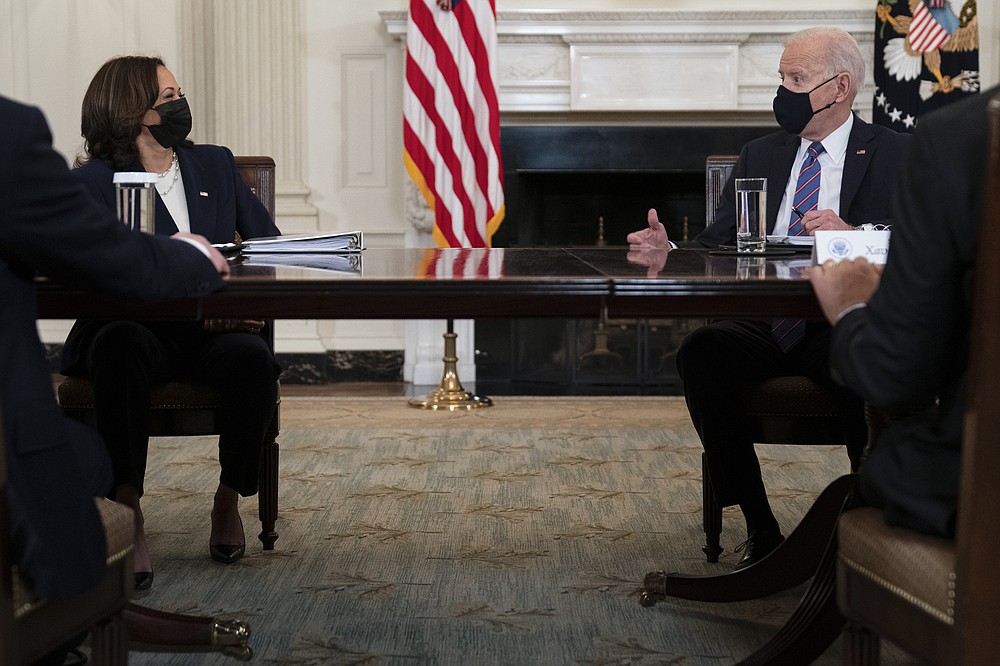 FILE - In this March 24, 2021, file photo President Joe Biden speaks with Vice President Kamala Harris about the southern border during a meeting in the State Dining Room of the White House in Washington. (AP Photo/Evan Vucci, File) 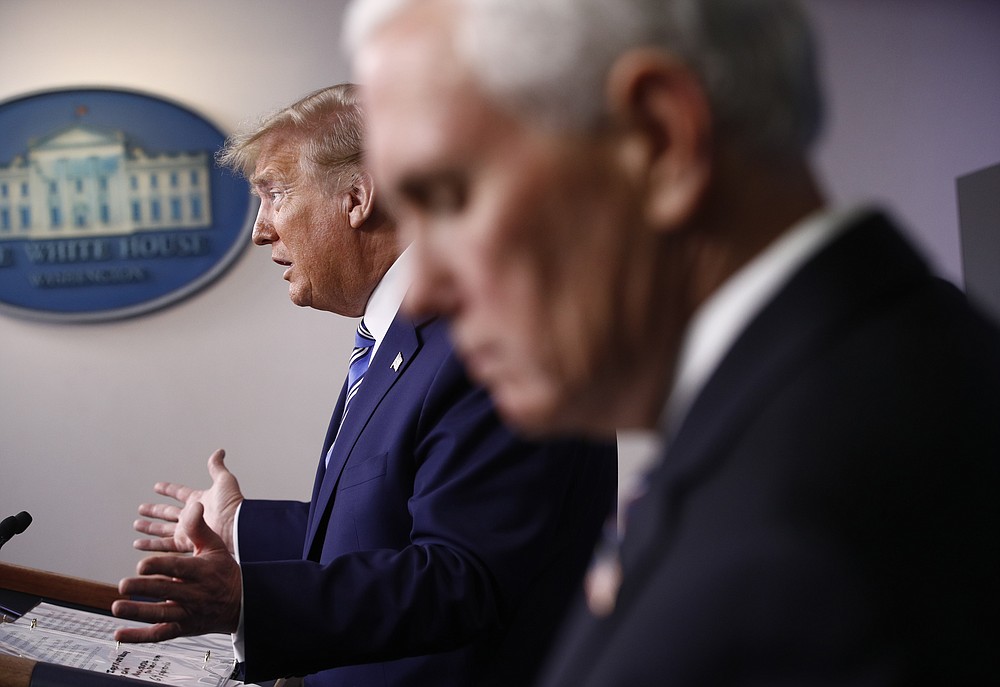