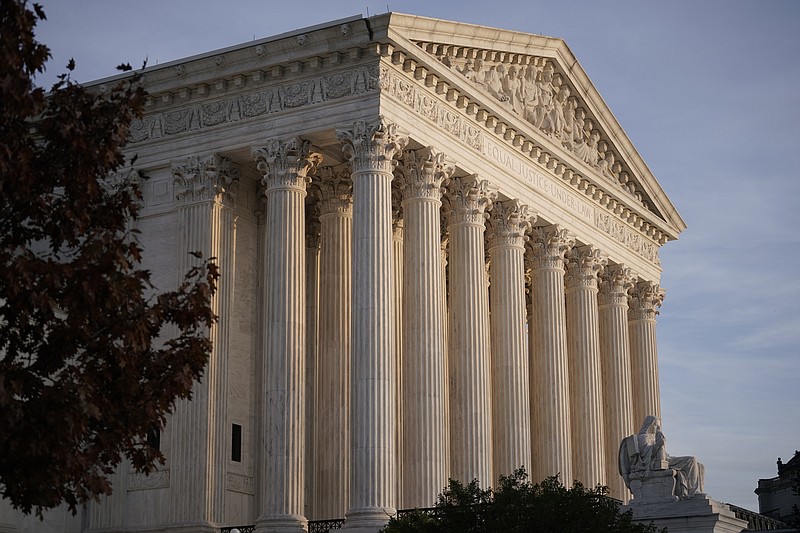 WASHINGTON -- The U.S. Supreme Court will hear oral arguments today in the case of Goldman Sachs Group v. Arkansas Teacher Retirement System, which pits the state's largest public pension fund and others against one of the nation's largest banking and financial services companies.

Defending itself against a securities fraud lawsuit, Goldman Sachs argues that the courts should consider the "exceptionally generic nature" of the allegedly false statements in question before deciding whether to certify a massive class action lawsuit brought by the pension fund and other investors.

It also asks the Supreme Court to determine which side bears the "burden of persuasion" at a key stage of the proceeding.

It's important to resolve these matters before granting class action status, Goldman Sachs says. Otherwise, it is a "boon for plaintiffs (and their lawyers), given that the vast majority of securities class actions settle once class certification is granted," it stated in its petition to the Supreme Court.

U.S. District Judge Paul A. Crotty in New York has already certified the class, clearing the way for the case to proceed. A panel of the Second U.S. Circuit Court of Appeals, in a 2-1 ruling, upheld the most recent ruling by Crotty, who was placed on the bench by then-President George W. Bush.

In its suit, the roughly $20 billion Arkansas retirement fund alleges that Goldman Sachs made false statements about its business practices, causing harm to investors.

In Securities and Exchange Commission filings, annual reports and conference calls between 2006 and 2010, Goldman Sachs told investors that:

• "[W]e have extensive procedures and controls that are designed to identify and address conflicts of interest."

• "We are dedicated to complying fully with the letter and spirit of the laws, rules and ethical principles that govern us. Our continued success depends upon unswerving adherence to this standard."

• "Integrity and honesty are at the heart of our business."

• "Our clients' interests always come first. Our experience shows that if we serve our clients well, our own success will follow."

Those claims were called into question by the retirement system and others, after Goldman Sachs ran afoul of the SEC.

On April 16, 2010, the SEC brought a securities fraud action against Goldman Sachs, alleging the company had misled investors about an investment instrument that plummeted in value during the 2007-8 financial crisis.

Eventually, Goldman Sachs agreed to pay a $550 million fine after admitting that it had provided investors with "incomplete information" about the deal's origins.

Specifically, it failed to reveal that the portfolio had been assembled at the behest of Paulson & Co. Inc., a company that stood to make money if the value subsequently fell.

At the time, it was "the largest-ever penalty paid by a Wall Street firm," the SEC stated.

Soon after, Goldman Sachs was sued by the Arkansas retirement system, the West Virginia Investment Management Board and the Plumbers and Pipefitters National Pension Fund.

In court filings, Goldman Sachs has denied deceiving the retirement system and other investors.

The statements cited in the suit would not have affected its stock price, it says, because they were merely "aspirational and generic," the sort of assurances "that virtually all companies make."

In nonsecurities fraud contexts, it would be difficult for plaintiffs to prove that a specific misstatement led them to make specific buying or selling decisions.

Under existing Supreme Court case law, however, there is a basic presumption that plaintiffs have relied on a company's public statements if they purchased or sold securities between the time a false, material statement was made and the time the truth becomes public.

Defendants can rebut that presumption by showing that the disputed statements had no effect on the stock's price.

Goldman Sachs is seeking to do just that.

Rather than waiting until after class action status is granted, however, Goldman Sachs wants the court to consider, at the outset, whether the alleged misstatements were so generic that they couldn't have influenced the market.

Once that evidence has been produced, Goldman Sachs says the onus, or burden of persuasion, should be on the plaintiffs to show otherwise.

The investors say they should be able to rely on Goldman Sachs' assurances and that the company should be held accountable for misleading them.

In a friend of the court brief "supporting neither party," the U.S. Department of Justice argued that defendants "may rely on the generic nature" of alleged misstatements as evidence the statements "had no actual price impact."

The fact that the statement is generic, on the other hand, is not enough, on its own, to resolve the matter, the department said.

Investors who held onto their Goldman Sachs stocks, despite the SEC action, eventually saw their shares recover in value. Goldman Sachs was trading at $327.39 at Friday's close.

Because of covid-19, the justices will hear today's arguments on a telephone conference, rather than gathering in the Supreme Court chambers.

Typically, a ruling would be handed down by the end of June.

"While we generally do not comment on ongoing litigation, we are very excited to have the United States Supreme Court hear our securities class action case against Goldman Sachs," he said. "The case raises important questions for us and public pension funds generally as we continue our efforts to protect shareholder rights."

Goldman Sachs did not respond Friday or Saturday to requests for comment.