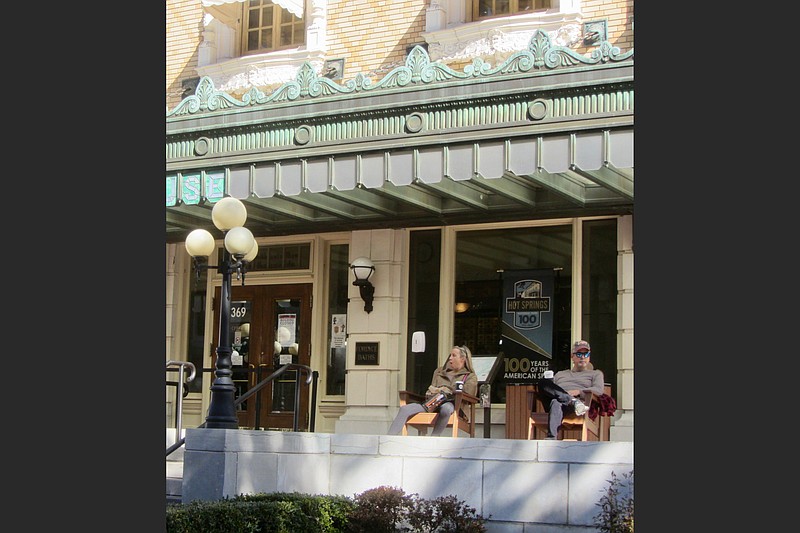 Fordyce Bathhouse is the visitor center for Hot Springs National Park. (Special to the Democrat-Gazette/Marcia Schnedler)

HOT SPRINGS — As Hot Springs National Park celebrates its centennial this year, the federal enclave's most visited stretch is looking its sharpest since the Spa City's prime time as a bathing resort in the first half of the 20th century.

Seven of Bathhouse Row's eight historic buildings along Central Avenue are in use for one touristic purpose or another. Restoration has their exteriors looking like the temples of leisure they were intended to be when Congress elevated the site from a federal reservation to a national park in 1921.

The celebrated author Dee Brown praised the bathhouses four decades ago in his book "The American Spa" for radiating a "spirit of elegance and luxury, reminiscent of old Rome at the height of its pagan glory."

About the Fordyce, now housing the national park's visitor center, Brown wrote that "the marble interiors, stained glass and enormous tubs gave it such an air of pomp and voluptuousness that bathers could easily imagine themselves in the Roman baths of Diocletian."

Built between 1892 and 1923, the bathhouses saw their busiest year in 1945, when more than a million baths were recorded. But seven of the eight properties had closed by 1985 as American vacation habits changed after World War II.

This year, as travel restrictions begin to ease and covid-19 vaccinations proceed, nearly all the buildings are welcoming the public. This makes for a pleasurable mix of stops that can include eating, drinking and shopping along with the traditional warm-springs bathing.

The Fordyce makes a good orientation point for first-time visitors. Sidewalk tables offer an abundance of free printed information that can be browsed in comfortable porch chairs. The interior with its historical exhibits is closed for now due to difficulties in creating a safe route along its narrow hallways. It may open later this year.

Northernmost of the eight buildings is Superior Bathhouse Brewery, advertising that it purveys "the world's only beer made with thermal spring water!" On sale is an array of its draft beers along with several dozen brews by the bottle. Youngsters and teetotalers can imbibe root-beer floats. Light meals are also served.

Next door, Hale Bathhouse reopened in spring 2019 as the boutique Hotel Hale. Originally built in 1892, it ranks as the oldest structure on the row.

Each of the nine suites is equipped with an oversize tub for soaking in geothermal mineral water from the springs. There is a restaurant on the handsomely restored premises.

At the row's southern end, Lamar Bathhouse aims to satisfy the urges of souvenir seekers. It operates as a gift shop, well stocked with the expected T-shirts and caps, but also offering bathrobes, water bottles and other items specific to the spa experience. Some are themed to the park's centennial. Back in the day, the Lamar advertised "a tub for every-sized person." 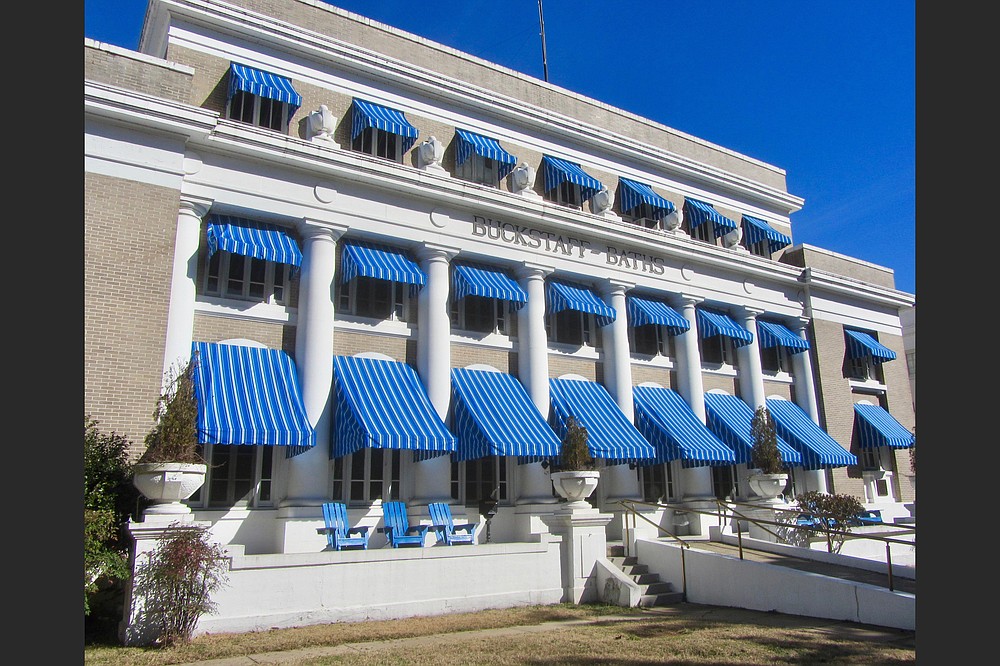 Buckstaff Bathhouse has been operating continuously as a spa since 1912. (Special to the Democrat-Gazette/Marcia Schnedler)

The Buckstaff claims seniority along the row in its 109th straight year of operating as a spa. Along with the Quapaw, which resumed spa services in 2008 after having closed in 1984, it invites visitors to enjoy the stimulating effects of hot baths and other thermal treatments.

Only the Maurice remains empty. A sign out front notes that the bathhouse is available for commercial lease, which would complete the renewal of touristic action along Bathhouse Row.

For information on Hot Springs National Park's Bathhouse Row and other facilities, visit nps.gov/hosp or call (501) 624-2701.