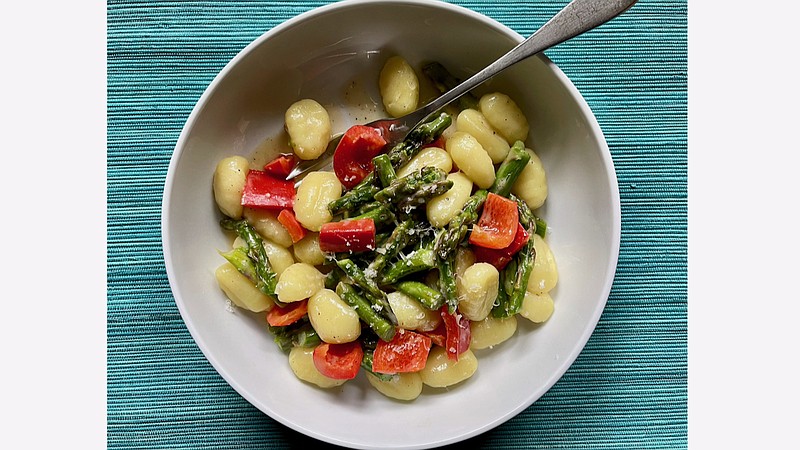 As with most popular recipes, there's some debate about the exact origins of pasta primavera. However, food historians generally agree it was popularized in the 1970s in New York. According to Foodtimeline.org, Craig Claiborne called it "by far the most talked-about dish in Manhattan" in 1977.

It was in the late 1980s that I first ate pasta primavera. I remember because I was a guest of my friend Katharine and her parents at a local restaurant — Trio's, if memory serves — and when the dish arrived at the table, it was not what I was expecting. I can still feel the flush of panic when I laid eyes on the large bowl of farfalle and vegetables, most of which were mushrooms and artichoke hearts. I'd never eaten an artichoke heart before and wasn't sure what to make of them — and I abhor mushrooms. I managed to pick around the mushrooms, and to my surprise, I really liked the artichoke hearts. If my hosts noticed my picked-at plate and my clandestine attempts at concealing the uneaten fungi, they were kind enough not to say anything.

In this version, gnocchi stand in for the farfalle. I kept the vegetables simple using just asparagus and bell peppers. Peas, artichoke hearts, cherry or grape tomatoes, zucchini, yellow squash, and — if you insist — mushrooms would also be good.

Bring a large pot of lightly salted water to a boil.

Line a rimmed baking sheet or broiler-safe pan with foil. Combine the asparagus pieces, bell pepper and garlic in a bowl; drizzle with olive oil and season with salt and ground black pepper. Toss to coat well and spread mixture in an even layer on the prepared baking sheet. Broil until vegetables are crisp-tender and beginning to brown on the edges, about 5 minutes depending on thickness of asparagus spears.