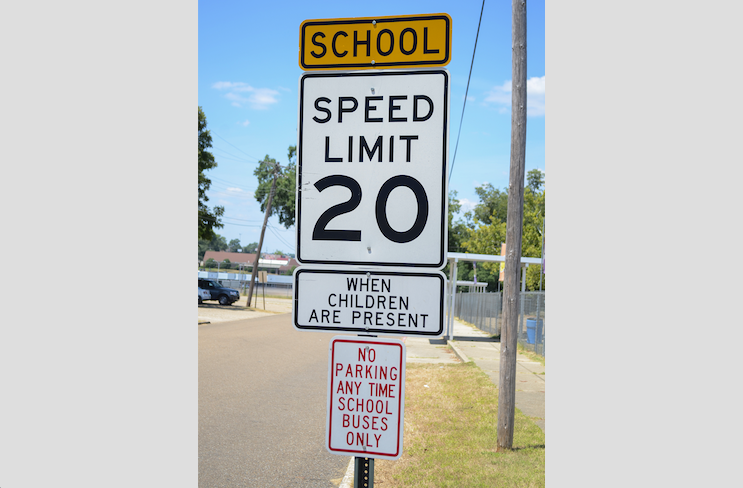 A speed limit sign for a school zone in El Dorado is shown in this 2015 file photo.

Authorities were still investigating Wednesday after threats were made against the Rose Bud School District, the district said.

The Rose Bud School District transitioned to virtual instruction Tuesday, due to ongoing threats to the district, the district said.

Before the school day began on Monday, a district employee received a Facebook message containing a threat to district schools, according to a press release from the district.

Law enforcement later determined that the message came from a fake profile, the release stated.

Classes were canceled Monday out of caution, and the district initially planned for schools to return as normal Tuesday, the district said in a Facebook post. However, officials later said that school would move to virtual Tuesday because of ongoing online threats.

Schools were scheduled to open at regular time Wednesday, with buses scheduled for normal pickup, the district said.

Attempts to reach the Rose Bud Police Department Wednesday were not immediately successful.

No further information about a suspect or the nature of the threats was available as of Wednesday afternoon.