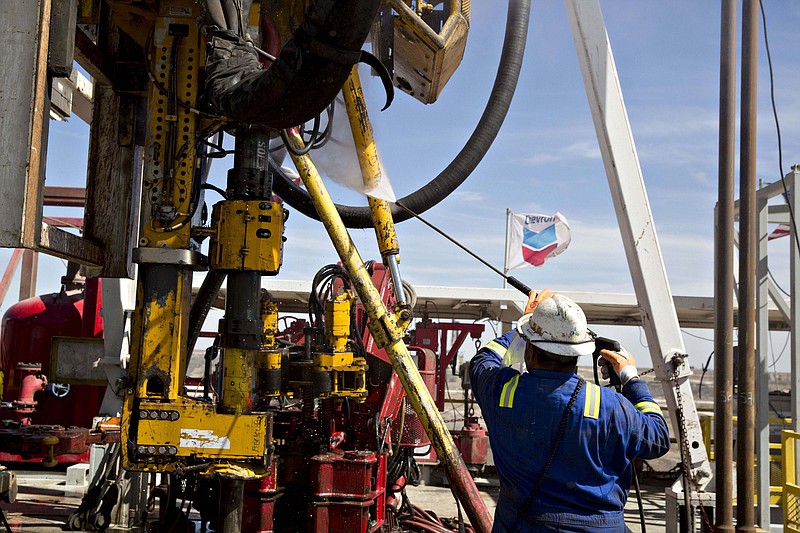 A Nabors Industries roughneck uses a power washer to clean the drilling floor of a rig drilling for Chevron Corp. in the Permian Basin near Midland, Texas, on March 1, 2018. MUST CREDIT: Bloomberg photo by Daniel Acker.

Exxon Mobil and Chevron generated the most free cash flow in more than a year as economies around the world claw their way out of lockdowns, boosting energy demand.

Despite living up to Wall Street's profit expectations, Chevron shares dropped 3.6% after disappointing investors who were anticipating a revival of share buybacks. Exxon's deep refining losses were blunted by chemical profits, but the stock declined by 2.9%.

All the big oil companies are making money again after crude's 30% year-to-date rally to more than $65 a barrel, buoyed by rising energy demand as economies emerge from the pandemic and OPEC holds the line on big supply increases. BP, Royal Dutch Shell and Total all preceded their U.S. peers with bigger-than-expected profits.

Exxon's roughly $6 billion in free cash flow was more than enough to cover its mammoth dividend, the first time the oil giant has been able to do that since late 2018. Chevron posted $3.4 billion in first-quarter cash flow, enough to fund its recently increased dividend, which is a closely watched metric for the big companies.

For both companies, a key driver of the cash-flow increases was steep spending cuts as less-risky endeavors such as shale drilling were favored over costlier mega-projects.

Exxon cut capital expenditures by more than half while Chevron's was down 43% from a year ago. Neither have plans to boost spending in light of higher oil prices, a sign that discipline is holding for now.