As deal’s pullout date passes, forces on alert in Afghanistan by Compiled Democrat-Gazette Staff From Wire Reports | May 1, 2021 at 3:48 a.m. 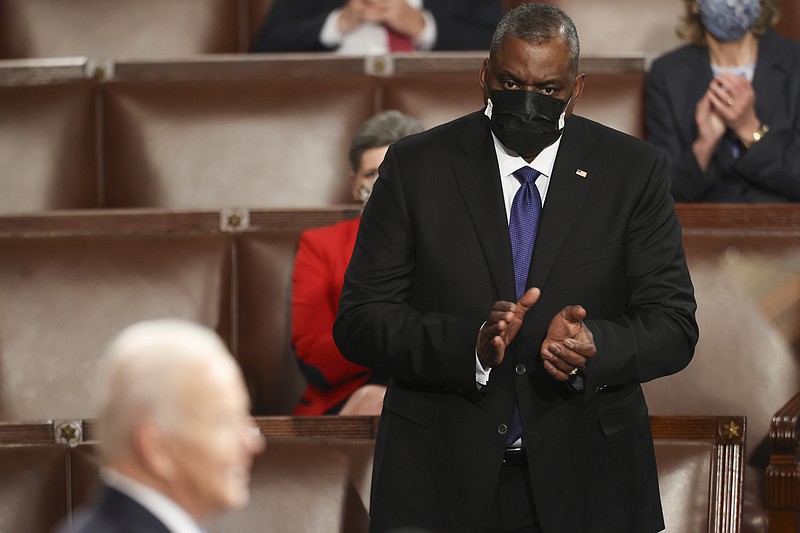 WASHINGTON -- The Pentagon is preparing for possible Taliban attacks on U.S. and coalition forces as they withdraw from Afghanistan.

May 1, today, was the date all U.S. and other foreign forces were to have departed under a 2020 deal between the Taliban and the Trump administration. As part of that agreement, the Taliban halted attacks on U.S. troops. But the Taliban said they will consider the United States to be in violation of the agreement for missing the deadline for full withdrawal. Their representatives have been vague about whether they intend to attack starting today.

President Joe Biden's decision to proceed with a final but delayed withdrawal adds a new element of security risk as the remaining 2,500 to 3,500 American troops, along with about 7,000 coalition troops and thousands of contractors, begin departing. Biden has said all will be gone by Sept. 11, the date of the 2001 terrorist attacks that prompted the U.S. to invade.

"We have to assume that this drawdown will be opposed," Pentagon press secretary John Kirby said Tuesday in explaining why Defense Secretary Lloyd Austin decided to keep an aircraft carrier in the Middle East and to move at least four B-52 bombers and portions of an Army Ranger task force to the region.

"It would be irresponsible for us not to assume that this drawdown and forces drawing down ... could be attacked by the Taliban," Kirby added.

Gen. Mark Milley, chairman of the Joint Chiefs of Staff, told reporters traveling with him Thursday that the pullout is "complex and not without risk."

Several federal officials confirmed Thursday that the drawdown has begun. Defense officials, speaking on condition of anonymity to discuss sensitive movements, said that in recent days some troops -- described as "dozens" -- and military equipment have left the country.

On Tuesday, The State Department instructed all embassy personnel in Kabul to depart unless their jobs require them to be in Afghanistan.

Even the most seasoned American analysts of the conflict are unsure what to expect. Bruce Riedel, a Middle East analyst at the Brookings Institution and former CIA analyst, wrote this week that it's unclear whether the Taliban will attempt to disrupt the withdrawal, but he says they may escalate the war.

Seth Jones, a counterterrorism and Afghanistan expert as director of the international security program at the Center for Strategic and International Studies, said the Pentagon is wise to prepare for attacks, but he thinks the Taliban are likely to show restraint.

"They just want us to go," he said. "Anything that starts to complicate that at least runs the risk of backfiring." Among other things, killing Americans could prompt the Biden administration to rethink the withdrawal.

While few want to prolong the war interminably, many fear its end may jeopardize Afghanistan's modest gains in health, education and women's rights made in the early years as the U.S. expanded the economy and toppled the Taliban.

Since 2001, life expectancy has increased to 64 years from 56, the World Bank says. Maternal mortality has more than halved. Opportunities for education have grown, with the literacy rate rising to roughly 43%. Life in cities has improved, with 89% of residents having access to clean water, compared with 16% before the war.

But more broadly, the failure of America's ambitions to build a stable, democratic Afghanistan has left the country mired in uncertainty as U.S. forces leave. The nation's history tells of civil war that follows foreign invasions and withdrawals.

"For better or worse, the U.S. has a serious stabilizing presence right now, and once that's gone there's going to be a power vacuum," said Michael Callen, an Afghanistan economy expert at the London School of Economics. "In the 20 years' war, there's going to be a whole lot of scores that need to be settled."

Meanwhile on Friday, a powerful suicide truck bomb struck a guesthouse, killing at least 14 people and wounding as many as 90 in eastern Afghanistan, the Interior Ministry said.

No one immediately claimed responsibility for the bombing in Pul-e-Alam. There was no indication why the house was targeted or if the bombing was connected to the pullouts, as there are no U.S. or NATO troops in the Logar province.

Provincial council head Hasib Stanikzai said the death toll could climb because bodies could be trapped beneath the rubble.

Police had been staying at the guesthouse, waiting for transportation home. Other rooms were occupied by students who were in the provincial capital for university entrance exams.

Information for this article was contributed by Robert Burns, Isabel Debre and staff members of The Associated Press. 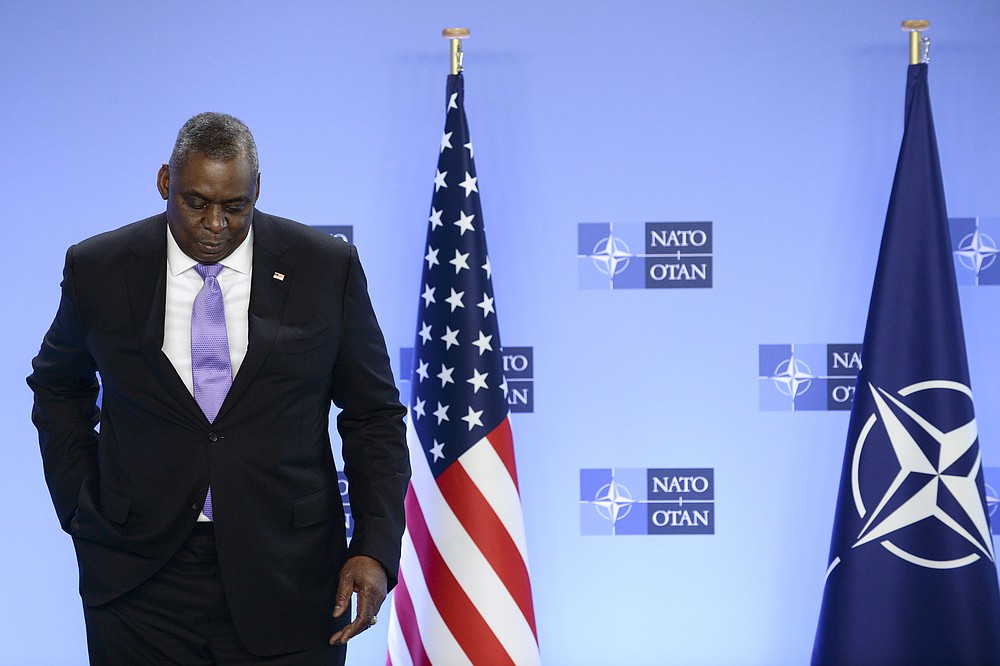 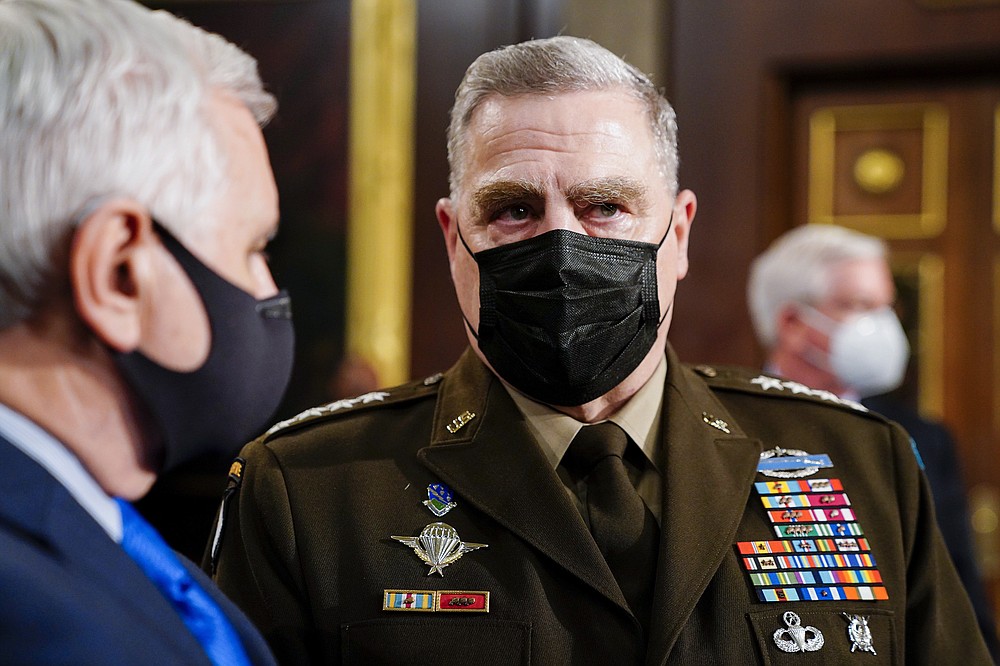 Joint Chiefs Chairman Gen. Mark Milley arrives to the chamber ahead of President Joe Biden speaking to a joint session of Congress, Wednesday, April 28, 2021, in the House Chamber at the U.S. Capitol in Washington. (Melina Mara/The Washington Post via AP, Pool)
ADVERTISEMENT