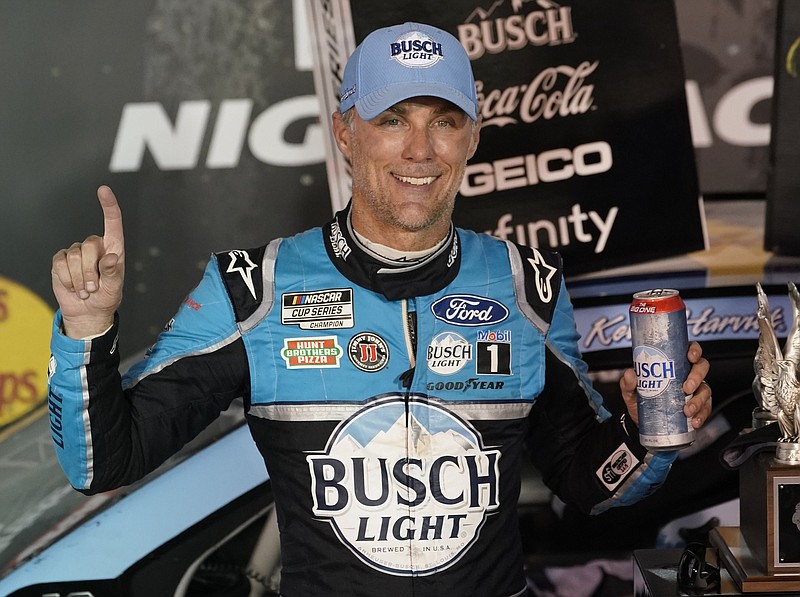 KANSAS CITY, Kan. -- Kevin Harvick learned the importance of survival when you don't have the best car early in his racing career, whether it was in go-karts as a kid or late models in the long-defunct NASCAR Southwest Tour in the early 1990s.

"My first year in late models," Harvick said, "I think I only got to run seven races because I wrecked the car every time we went out to the racetrack, and it took us a month to fix it because we couldn't just go out and buy the parts and put it all together. We had to fix everything. That was something that just became ingrained in my head."

The moral of the story?

"When you have a 15th-place car and you can finish 10th with it," Harvick explained, "that's a victory."

It's not as sweet as a real win, though. And heading to Kansas Speedway today, the former NASCAR Cup Series champion has yet to reach victory lane, even though it seems as if just about everybody else has. Brad Keselowski made it nine winners through the first 10 races last weekend at Talladega with an overtime pass for the victory.

It's the fourth time since the modern era began in 1972 there have been that many different winners through 10 races.

"It's not a position we haven't been in before," said Harvick, whose three Kansas wins are tied for most by a driver. "It's a big science project, I can say that for sure. There are a lot of engineers on a lot of computers burning the midnight oil trying to make sure we start making some headway and getting our cars back to where we need them."

He's not alone as the series heads to the Heartland.

Denny Hamlin, another three-time winner at Kansas, has eight top-5 finishes in the opening 10 races but has yet to reach victory lane. He's won two of the last three races at the 1 1/2-mile oval just west of downtown Kansas City, including the "spring" race last season that was pushed to late July because of the pandemic.

It's not that Harvick and Hamlin haven't been fast; the two have spent most of the season running in the top 5. They just haven't led the lap that matters the most.

"I mean, there's frustration, for sure. But it doesn't change my attitude or work ethic," Hamlin said after a second-place finish at Richmond a couple weeks ago. "I'm going to work just as hard to win next week and the week after that. You're a competitor, you want to win. Especially when you have a great opportunity to win."

Like Harvick and Hamlin, Kyle Busch and Chase Elliott hope to turn their success at Kansas into a long-awaited win.

Busch has more wins (six across all series) in the 20-year history of the track than any other driver, while series champion Elliott won the 2018 playoff race at Kansas and has six top-10s there in 10 career starts.

"Something I tell everybody year after year -- whether we've had a good year or a bad year -- you just never know what the next year is going to bring," Harvick said. "Last year, everything went our way. This year, it hasn't really gone our way. Our Busch Light team has really done a great job of scratching and clawing for every position that you can get on the weekend. It's bought us time week after week to get our cars back to where we want them to be."

Keselowski, a two-time Kansas winner, will start on the pole today based on the mathematical formula NASCAR is using for the majority of races this season. William Byron, who beat Hamlin to win at Homestead, will start outside on the front row. 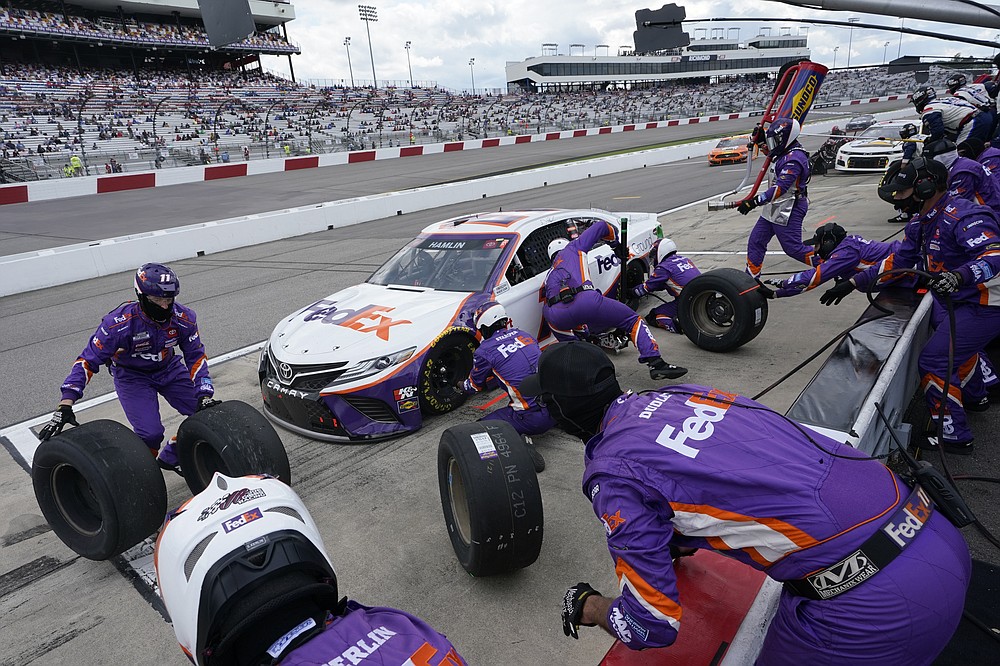 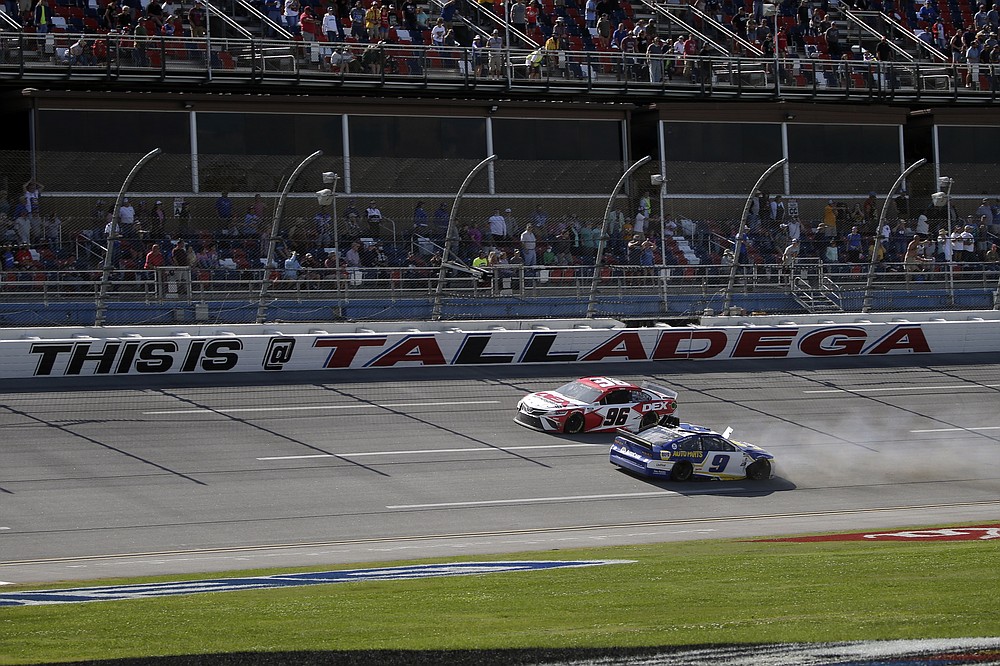 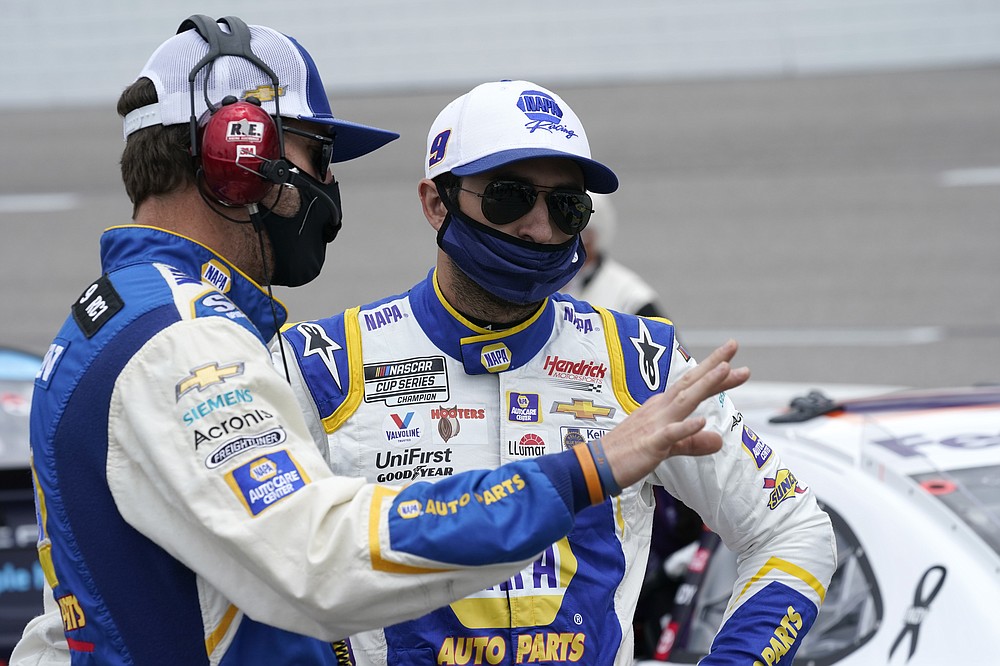