Transfer portal has nothing on Balado's Red Wolves 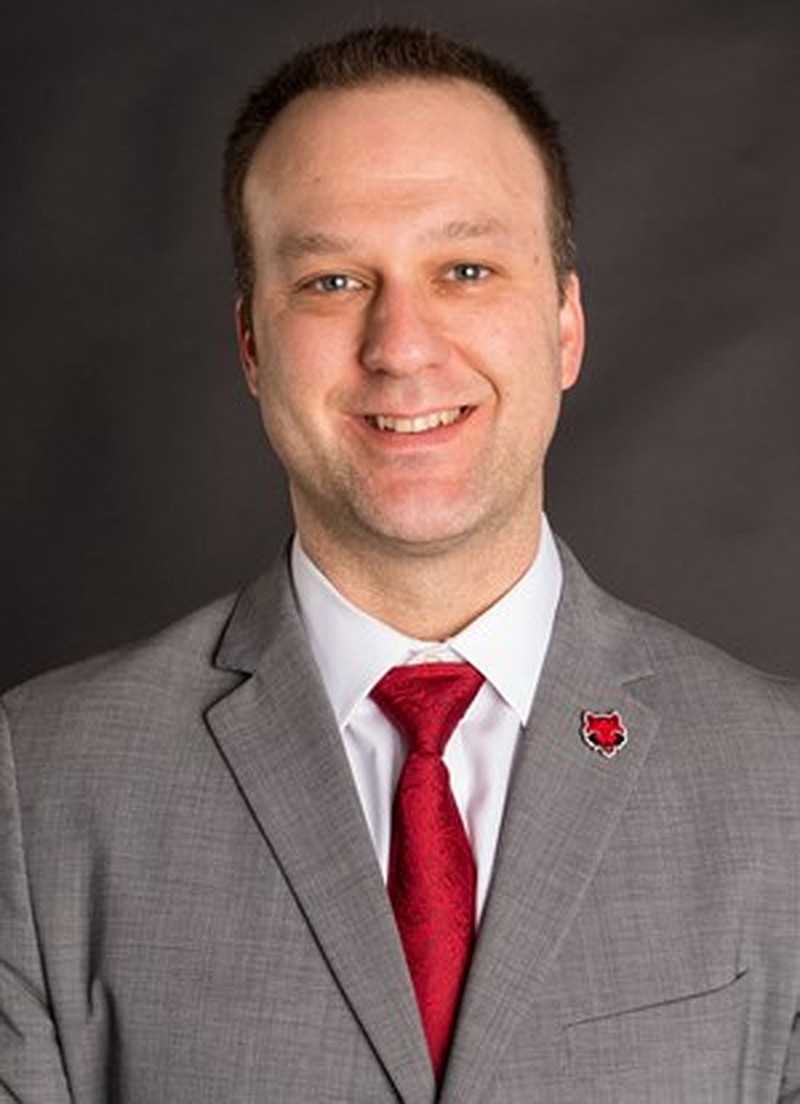 The total number of NCAA men's basketball players to enter the transfer portal this offseason crept past 1,500 on Friday, and nearly all of Arkansas' Division I men's basketball programs are feeling the impact of the uncommon offseason.

Unscathed and intact amid the chaos is Arkansas State University. As of Friday, Coach Mike Balado's Red Wolves belong to a small collection of 15 programs that have yet to have a player in the portal this offseason.

"I guess we've treated them good," Balado said. "As of right now, everyone on the roster will be back."

There's continuity in Jonesboro as ASU is expected to return all 14 players from a team that finished 11-13 in 2020-21 and won its first Sun Belt Conference Tournament game since 2014.

Graduates Marquis Eaton and Christian Willis intend to exercise their extra year of eligibility to remain with the Red Wolves in 2021-22. Without a single signee to the 2021 recruiting class entering May, ASU's opening-night rotation will look familiar to fans at First National Bank Arena.

"I think it's the first time I've had this many people return from one team," Balado said.

NCAA athletes have taken advantage of the one-time transfer rule in 2021 leading to unprecedented movement, in men's basketball in particular where 342 of the nation's Division I teams have had at least one player jump to the portal. The Red Wolves fall into the 4.2% of programs that haven't; the distinction leaving ASU in a group that includes Division I newcomer Dixie State, mid-majors Lehigh and Delaware, and blue bloods including Michigan, Alabama and UCLA, all of which have not lost a player to the portal yet.

Back alongside Eaton and Willis are Sun Belt Freshman of the Year Norchad Omier, second-leading rebounder Keyon Wesley and 11.o point per-game scorer Caleb Fields, the core of a team that won seven of its final 13 regular season games and beat Georgia Southern at the conference tournament.

The hot finish offered promise after a slow start in the Sun Belt that included a two-week covid-19 layoff. It also bonded an already tight-knit team of players closer, Balado said, and set the Red Wolves' focus on coming with a clean slate in 2021-22.

"They wanted to stick together to see what they can do," Balado said. "These guys are so close. I really feels like we've got something special brewing."

Balado also holds pride in the eight players who played fewer than 15.0 minutes per game last season and might have chased opportunities elsewhere in the portal, but will instead form the basis of Balado's bench next year.

"Those guys could have just bolted and they didn't," he said. "They stuck around. They wanted to work and be a part of this program and this culture."

With the roster largely set -- Balado said ASU could add one more player -- the focus turns to offseason workouts beginning in June.

ASU has individual goals, and teams ones. Omier, who earned first-team All-Sun Belt honors last season, said this spring he's working to expand his mid-range shooting and ball-handling skills. Eaton enters his fifth season looking to improve as a passer. Balado is hopeful Fields can up his 3-point shooting percentage from 33.3%.

For his team, Balado plans only for small adjustments to the playbook and the style of play the Red Wolves will run. Implementing any changes he does make will be made easier by the sheer fact of familiarity as ASU has remained constant in a college basketball landscape of change.

"It's exciting because it's the same group and you're talking to guys that know your terminology," Balado said. "You don't have to start from the ground up. It's like reading a book - we're starting on chapter 15, but we already know what happened chapters 1-14."