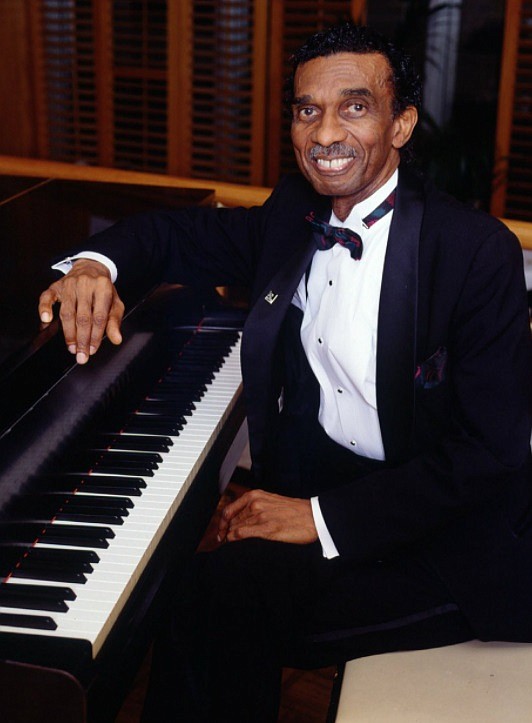 Art Porter Sr., a musical powerhouse, played with his Art Porter Trio for governors, presidents and heads of state. (Special to The Commercial)

Art Porter Sr. was a pianist, composer, conductor and music teacher. Though best known as a jazz musician, he also performed classical compositions and spirituals.

This jazz and classical powerhouse performed for Arkansas governors, U.S. presidents and heads of state.

Porter's story begins on Feb. 8, 1934, when he was born in Little Rock. The second of two children, he began his music education at home with his mother, who quickly noticed his talent.

At age 8, he was playing at his family's church. At 12, he performed his first classical recital. By age 14, he was a seasoned musician, performing for community activities and hosting his own 30-minute classical radio program on KLRA-AM at Little Rock.

He came to Pine Bluff to go to college, eventually earning a bachelor's degree in music from Arkansas AM&N College (now the University of Arkansas at Pine Bluff) in May 1954.

Porter began his teaching career at Mississippi Valley State University at Itta Bena, Miss., in 1954 immediately after college graduation. After two years, he was drafted into the U.S. Army. His extraordinary musical talent on the organ and piano, along with his extensive repertoire of church music, was immediately recognized during his basic training. Consequently, he spent the next two years as a chaplain's assistant at Fort Niagara, N.Y.

Porter returned to Little Rock in the late 1950s and spent the next 12 years teaching vocal music at the high school and college level. Porter supplemented his income by playing piano jazz in the evenings, sometimes as a single but most of the time with his group, the Art Porter Trio.

The trio was in great demand, especially for weddings, country club affairs, and city and state social affairs. Singer Tony Bennett performed with the Art Porter Trio during a two-week stay in Hot Springs. Other entertainers, such as Liberace, Julius La Rosa and Art Van Dam, often dropped by to join in and enjoy the trio's music.

Later on, Gov. Bill Clinton, at the time a huge fan and friend of Porter, often joined Porter's group on his saxophone.

By 1971, Porter's popularity was soaring. From 1971 to 1981, he hosted The Minor Key, a musical talent showcase on the Arkansas Educational Television Network, and Porterhouse Cuts, a syndicated series shown in a 13-state area in the South.

Though Porter received many honors and awards, he found particular satisfaction in the "Art Porter Bill" enacted by the state legislature, which allowed minors to perform in clubs while under adult supervision, allowing Porter's children to perform with him throughout the state.

Porter died on July 22, 1993. He was eulogized at Bethel AME Church, where he was the organist for 35 years. A newspaper article noted that Porter's "natural gifts" were "polished by intelligence, flawless phrasing and good taste...with modesty."

His life and his music continue to inspire generations.

Learn more about Art Porter's life and legacy in Art Porter, A Music Treasure, a documentary produced by Arkansas PBS.

This article is among features at ExplorePineBluff.com, a program of the Pine Bluff Advertising and Promotion Commission. Sources: EncyclopediaofArkansas.com, ArtPorter.org. Image credit: Arkansas Democrat-Gazette, Jan. 24, 2019.