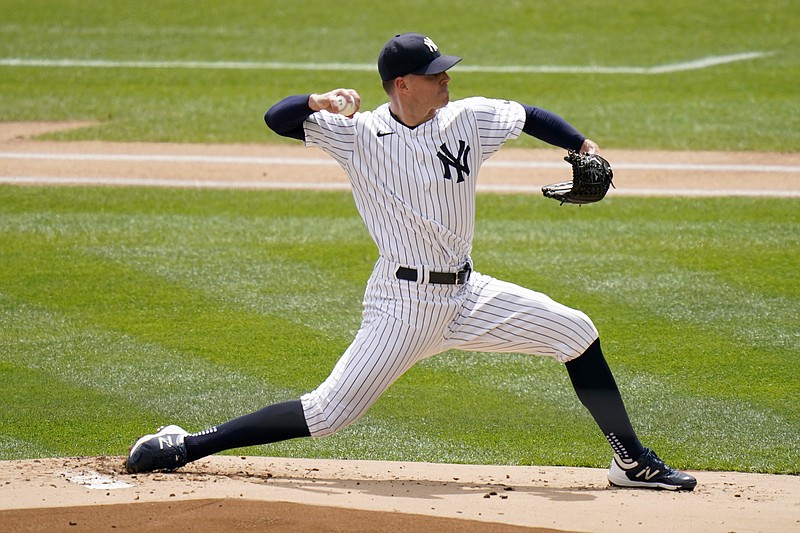 NEW YORK -- Corey Kluber was so good, he even smiled.

The right-hander handcuffed Detroit batters Sunday to earn his 100th career win with his most dominant performance since 2018. The pitcher nicknamed Klubot for his robot-like demeanor grinned when congratulated in the dugout after his final inning.

"I'm not the most vocal or most emotional person in the clubhouse," he explained after the Yankees' 2-0 victory, "but I wouldn't say that I don't ever have a good time."

A day after Jameson Taillon's first win in exactly two years, Kluber combined on a two-hitter that helped New York (14-14) complete its first series sweep this season and get back to .500 for the first time since the Yankees were 5-5.

Before last month, Kluber had pitched one inning since May 1, 2019, due to a broken forearm when hit by a comebacker and a torn shoulder muscle. Kluber challenged himself "to kind of get back to maybe a level you expect of yourself."

"I tried to be realistic about it, that it probably wasn't going to be just flip a switch and feel like I like to feel out there, I'm accustomed to feeling out there," he said.

"When he's in the zone, it's kind of like -- good luck," said catcher Kyle Higashioka, who is gaining playing time from Gary Sanchez.

Kluiber's fastball was "only" 91 mph but he induced 18 swinging strikes -- 13 alone on 83-86 mph changeups that tamed a Tigers team that saw its season batting average dropped to a major league-worst .195.

"Obviously, he's a little understated and quiet and methodical and workmanlike and very routine-oriented," Boone said.

Detroit has lost five in a row and 10 of 11, dropping to a major league-worst 8-21. The Tigers have been blanked in three of their last four games and six times overall, on pace for 33 shutouts this season.

ATHLETICS 7, ORIOLES 5 Center fielder Ramon Laureano robbed the Orioles of the likely go-ahead run with a leaping catch in the eighth inning and then hit a tiebreaking, two-run home run in the bottom half to send Oakland past Baltimore.

NATIONALS 3, MARLINS 1 Max Scherzer tossed a five-hitter to lead Washington over Miami. Scherzer carried a shutout into the ninth inning before Isan Diaz led off with a home run. The right-hander struck out nine without a walk.

REDS 13, CUBS 12, (10) Nick Castellanos hit a game-ending single off Craig Kimbrel (0-1) in the 10th inning to give Cincinnati a wild win over Chicago. Castellanos finished with five hits and four RBI against his former team, including two of the Reds' five home runs. Mike Moustakas, Eugenio Suarez and Tucker Barnhart also connected. 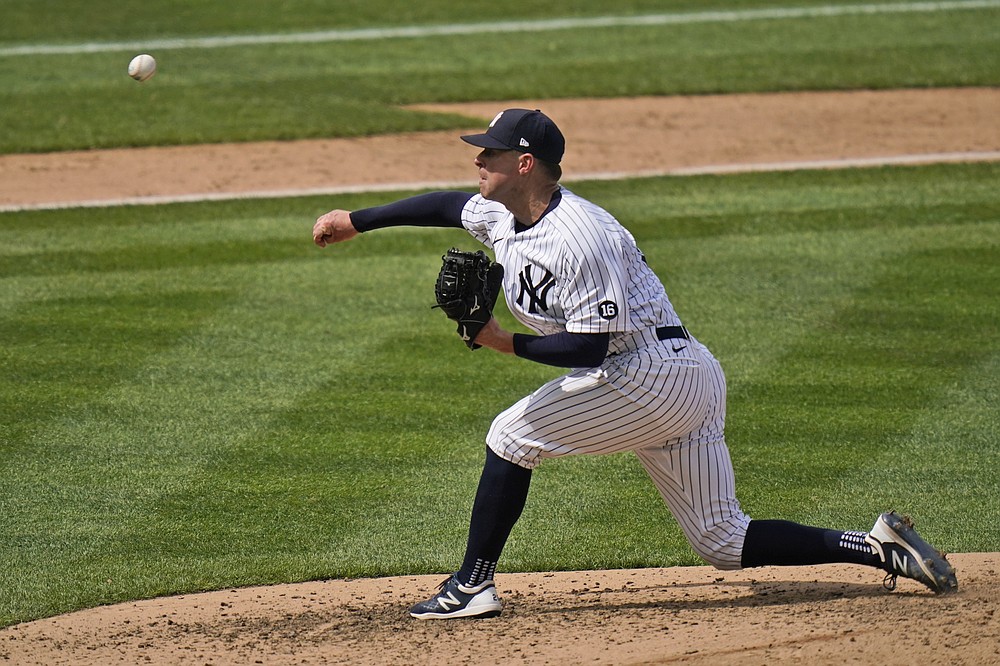 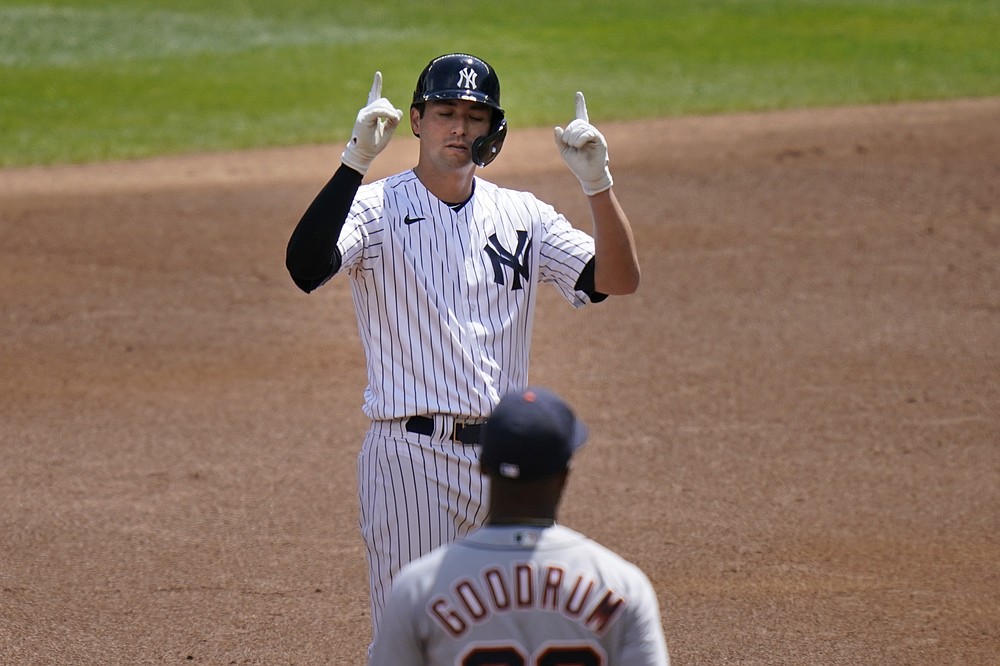 New York Yankees' Kyle Higashioka celebrates after his RBI-double during the second inning of a baseball game against the Detroit Tigers at Yankee Stadium, Sunday, May 2, 2021, in New York. (AP Photo/Seth Wenig)

New York Yankees' Kyle Higashioka watches his RBI-double during the second inning of a baseball game against the Detroit Tigers at Yankee Stadium, Sunday, May 2, 2021, in New York. (AP Photo/Seth Wenig) 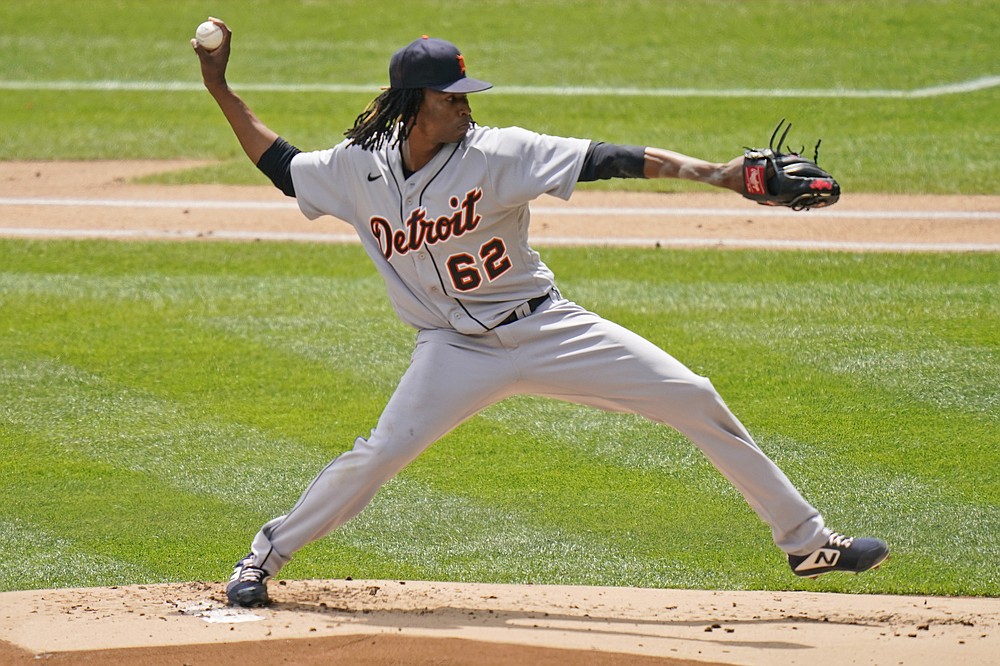 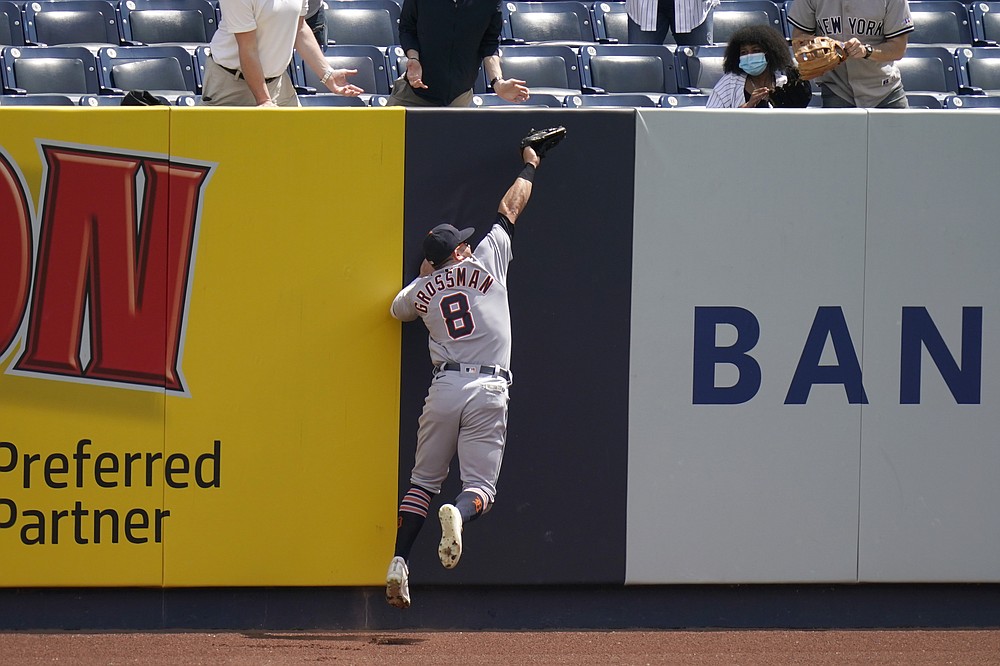 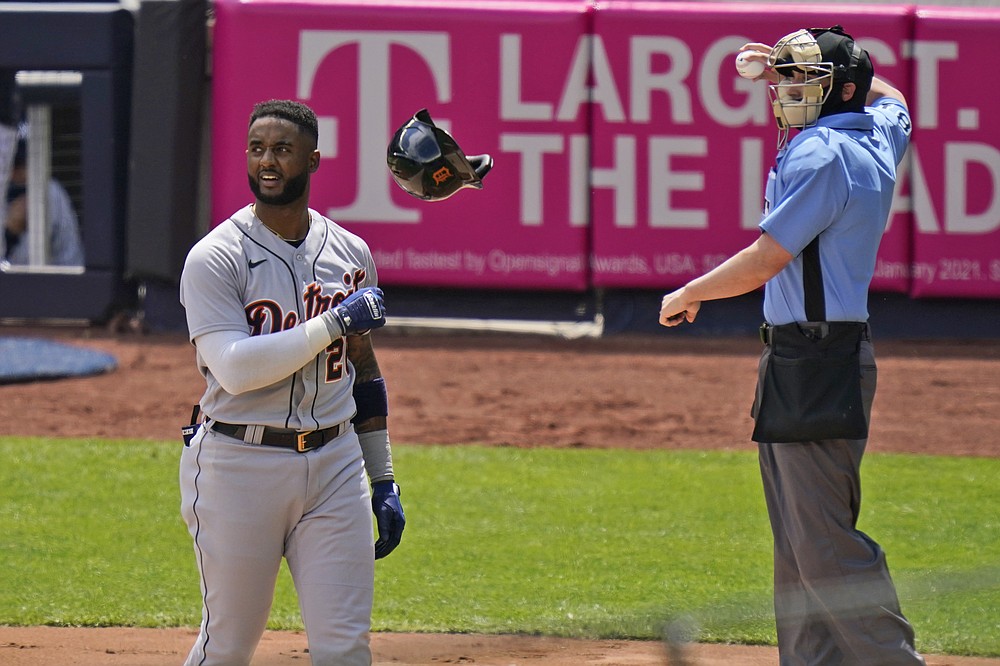 Detroit Tigers' Niko Goodrum, left, throws his helmet after striking out during the second inning of a baseball game against the New York Yankees at Yankee Stadium, Sunday, May 2, 2021, in New York. (AP Photo/Seth Wenig) 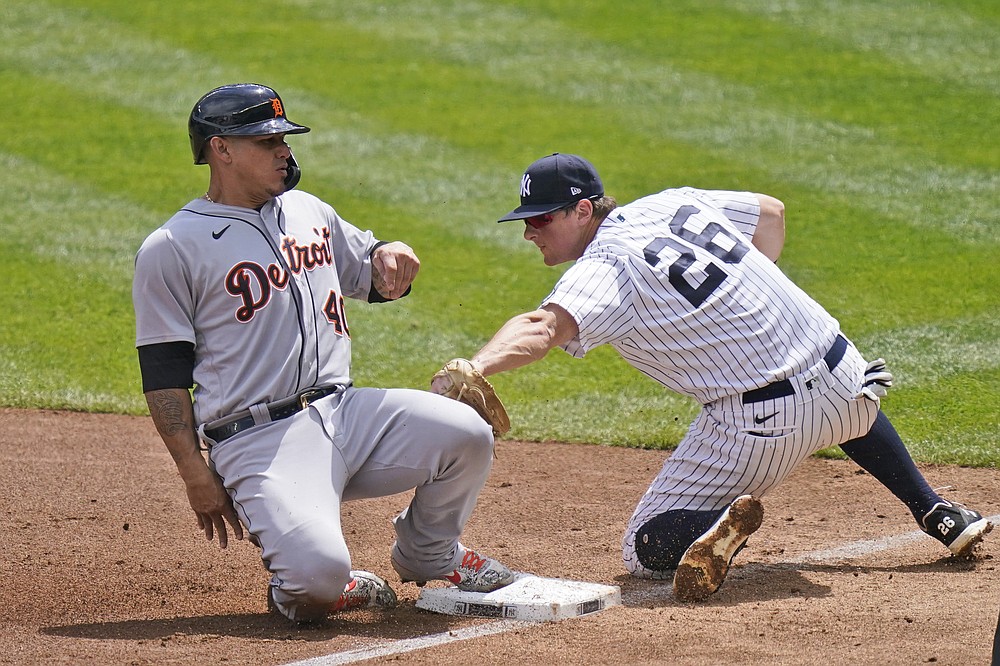