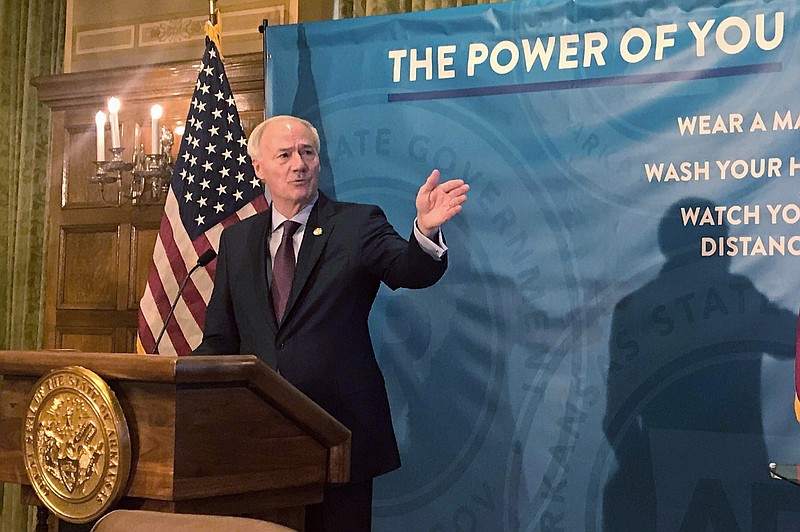 FILE - Arkansas Gov. Asa Hutchinson speaks about the coronavirus pandemic and vaccine distributions during a news conference at the state Capitol in Little Rock on Tuesday, Jan. 12, 2021. (AP/Andrew Demillo, file)

Arkansas Gov. Asa Hutchinson on Monday effectively approved a law that places new limits on how race and sex are addressed in state employee training.

The Republican governor allowed legislation to become law without his signature to prohibit state agencies from teaching employees, contractors or others to believe "divisive concepts." The concepts include anything that says the U.S. is fundamentally racist or sexist.

The measure, which takes effect next year, does not apply to public schools, colleges and universities, law enforcement training or local governments.

"The bill does not address any problem that exists, and the paperwork and manpower requirements are unnecessary," Hutchinson said in a statement.

The measure is among several targeting so-called "critical race theory" advancing in Republican states this year. A more expansive bill that would prohibit such training in public schools has been sent to Oklahoma's governor.

Other proposals to limit how race is taught in Arkansas' schools, including one banning the teaching of the New York Times' 1619 Project, failed before legislative panels during this year's session.