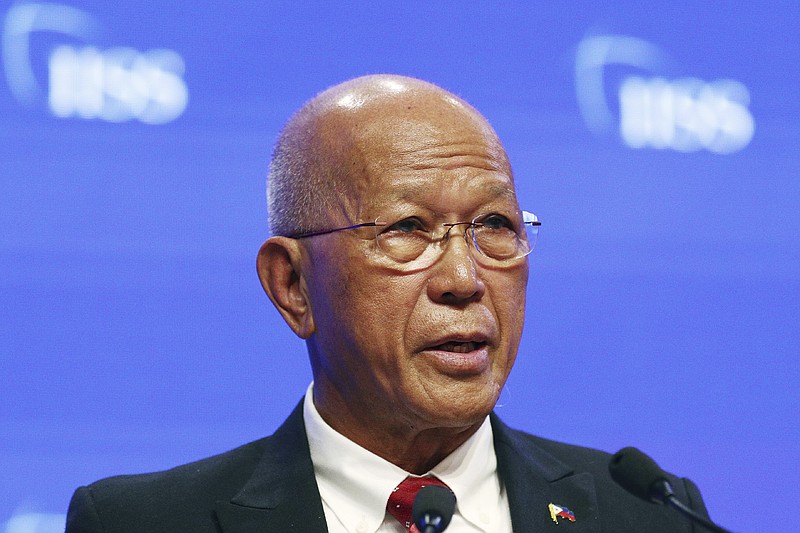 It was the latest of dozens of recent protests by Manila's foreign affairs department, along with increasingly acerbic remarks by the country's top diplomat and defense chief about Chinese actions in the disputed waters. The high-profile feud has escalated despite President Rodrigo Duterte's friendly stance toward China.

[Video not showing up above? Click here to watch » https://www.youtube.com/watch?v=G2LEYREwNeM]

Foreign Secretary Teodoro Locsin Jr. used an obscene phrase in a tweet demanding China get out of Philippine-claimed areas. "What are you doing to our friendship?" Locsin asked. "You're like an ugly oaf forcing your attentions on a handsome guy who wants to be a friend."

Defense Secretary Delfin Lorenzana rejected China's demand that the Philippines end its patrols in the disputed region. "While we acknowledge that China's military capability is more advanced than ours, this does not prevent us from defending our national interests and our dignity as a people with all that we have," Lorenzana said in a video message late Sunday,

In the latest incident, the Department of Foreign Affairs said it "has protested the shadowing, blocking, dangerous maneuver and radio challenges by the Chinese coast guard of Philippine coast guard vessels conducting legitimate maritime patrols and training exercises" from April 24 to 25 near Scarborough Shoal off the northwestern Philippines.

Both countries claim the rich fishing area, which China effectively seized in 2012 by surrounding it with its coast guard and surveillance ships after a tense standoff with Philippine vessels.

The department said it also protested "the incessant, illegal, prolonged and increasing presence of Chinese fishing vessels and maritime militia vessels in Philippine maritime zones" in the disputed waters. It said hundreds of Chinese vessels have been spotted by Philippine law enforcement agencies from January to March this year in areas around Scarborough Shoal and Philippine-occupied Thitu Island, which Filipinos call Pagasa.

The Chinese Foreign Ministry has asked the Philippines to respect what it calls Chinese sovereignty in the disputed waters and "stop actions complicating the situation and escalating disputes." China claims virtually all of the South China Sea. On Sunday, its People's Liberation Army said a Chinese aircraft carrier group recently conducted annual exercises in the busy sea lanes.

The escalating feud between Manila and Beijing started after more than 200 Chinese vessels suspected by Philippine authorities to be operated by militias were spotted in early March at Whitsun Reef. The Philippine government demanded the vessels leave, then deployed coast guard vessels to the area. China said it owns the reef and the Chinese vessels were sheltering from rough seas.

Many of the Chinese vessels have left Whitsun, but several have remained moored in the area, part of a shallow atoll partly occupied by China and Vietnam. The Philippine government says the reef is within an internationally recognized offshore zone where Manila has exclusive rights to exploit fisheries, oil, gas and other resources.

The United States has said it will stand by the Philippines amid the territorial disputes. 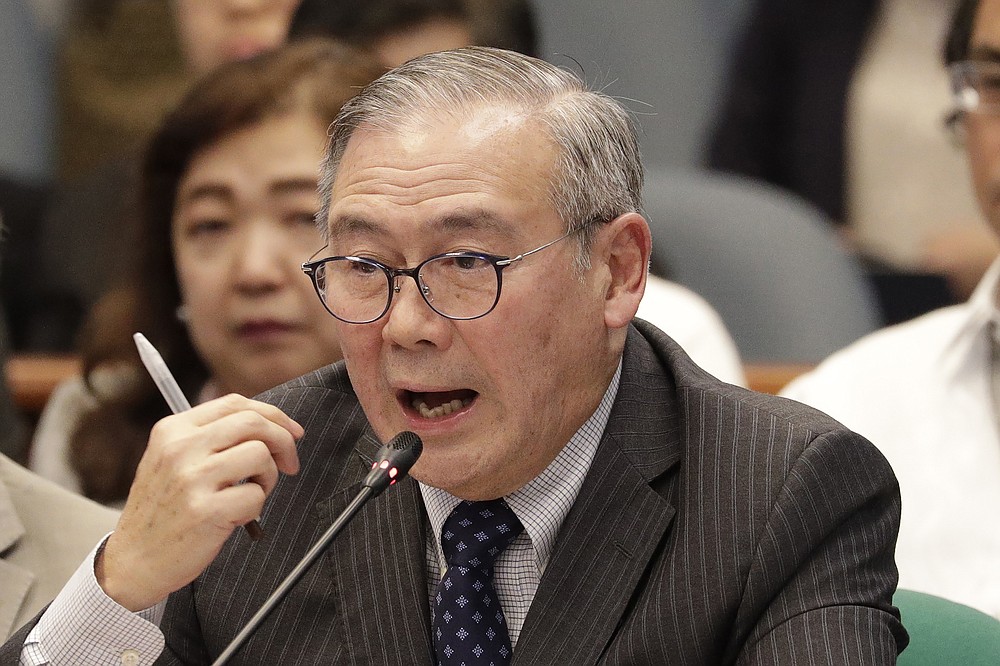