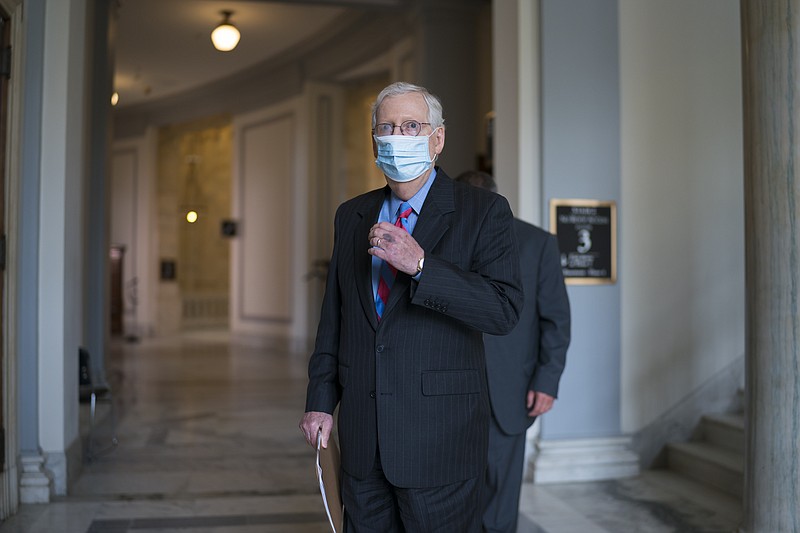 LOUISVILLE, Ky. -- Senate Minority Leader Mitch McConnell, R-Ky., said Monday that Republicans are willing to spend up to $600 billion on infrastructure, far less than President Joe Biden is seeking, even as he ruled out supporting a higher corporate tax rate to pay for it.

Instead McConnell is endorsing the $568 billion public works plan from his Republican colleagues that has a smaller price tag, a narrower definition of infrastructure and is funded by fees rather than tax increases.

"We're open to doing a roughly $600 billion package, which deals with what all of us agree is infrastructure and to talk about how to pay for that in any way other than reopening the 2017 tax reform bill," McConnell said Monday at the University of Louisville.

McConnell had been clear before Monday that Senate Republicans would not go along with Biden's initial $2.3 trillion infrastructure proposal, but his remarks were the strongest signal yet that a smaller deal is possible. Yet a core dividing line remains Biden's effort to pay for infrastructure by undoing former President Donald Trump's tax break for corporations, which GOP lawmakers consider a signature achievement.

With Democrats holding only slim majorities in the House and Senate, Biden and congressional leaders will soon have to decide how they plan to muscle his priority legislation into law. Biden has been reaching out to Republicans and seeking their input, even as some in his party agitate to move ahead without GOP support.

McConnell said that raising corporate taxes would lead to job losses to overseas competitors with lower rates. He said "users" of the infrastructure should help pay for it. One example is the federal gas tax, which pays for road and bridge improvements and has not been increased since 1993. McConnell was not specific about what user fee increases Republicans could back.

"So how to pay for the infrastructure bill, on our side, is we're not going to revisit the 2017 tax bill," McConnell said. "We're happy to look for traditional infrastructure pay-fors, which means the users participate."

McConnell cited concerns about the federal debt, even though deficits grew substantially every year of Trump's presidency, when the GOP was also in control of the Senate.

"I think it's time to take a look at our national debt, which is now as large as our economy for the first time since World War II," McConnell said.

Biden's infrastructure proposal would lead to an eventual reduction of the debt if the tax hikes are fully enacted. He would raise the corporate tax rate from 21% to 28% to pay for it.

The 2017 GOP tax bill, which all the Republicans voted for, slashed the corporate rate from 35% to 21%. It was supposed to usher in a new era of American investment and job creation, yet growth never came close to the promised levels.

The deficit came in at $587 billion for the fiscal year ending Sept. 30, 2016, then shot to $668 billion in Trump's first year. It nearly hit $1 trillion in year 3 and jumped to $3.1 trillion in 2020, in large part because of the country's response to the coronavirus pandemic.

This year, the deficit has continued its surge. Nancy Vanden Houten, senior economist at Oxford Economics, said she expects the deficit for this budget year will total $3.3 trillion, an all-time high and up 6.5% from last year's record shortfall.

Democrats counter that Republican lawmakers didn't seem as concerned about deficits when Trump was president.

House Speaker Nancy Pelosi, D-Calif., said last week that investments in education "brings more money than anything back to the Treasury."

"All of a sudden, they're deficit hawks when they were giving away money to the wealthiest people in our country under President Trump," Pelosi said in a CBS interview. 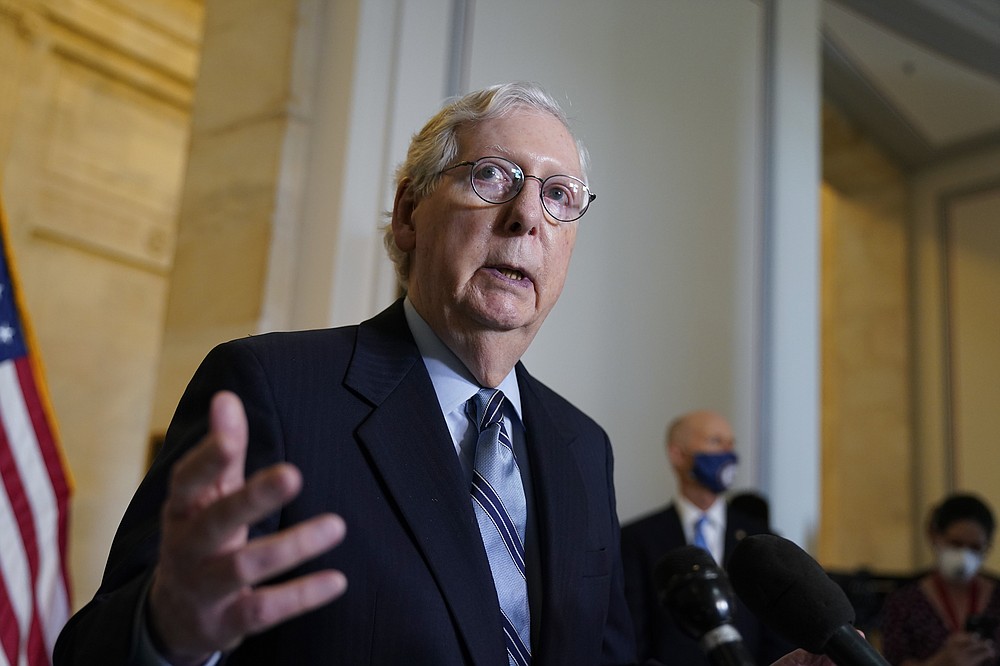 FILE - In this April 20, 2021, file photo, Senate Minority Leader Mitch McConnell, R-Ky., talks after a GOP policy luncheon, on Capitol Hill in Washington. McConnell says Republicans are willing to spend up to $600 billion for roads, bridges and other projects. That's far less than what President Joe Biden is seeking, but is in line with a new $568 billion proposal put forward by other Senate Republicans. (AP Photo/J. Scott Applewhite, File)
ADVERTISEMENT