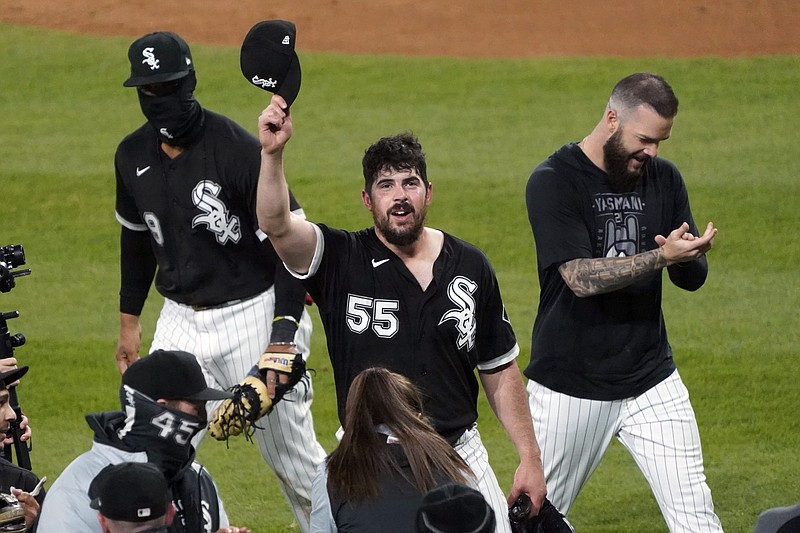 FILE - Chicago White Sox starting pitcher Carlos Rodon (55) celebrates his no hitter against the Cleveland Indians with his teammates in a baseball game in Chicago, in this Wednesday, April, 14, 2021, file photo. The 28-year-old left-hander is a perfect 4-0 with a sparkling 0.72 ERA in four starts, striking out 36 in 25 innings. (AP Photo/David Banks, File)

CHICAGO -- After every injury -- each one of his surgeries, each of his long stays on the injured list -- Carlos Rodon had to convince himself he was healthy again. He had to pick up a ball and throw like a carefree kid, like he did long before he became a major leaguer.

So you better believe Rodon is enjoying every pitch at the moment. Every 98-mph fastball for the Chicago White Sox. Every wicked slider. Every moment of a surprising start for the only big league team he has ever known, the same one that was ready to let him go over the winter.

More than most, he knows it can all go away in a hurry.

"Being hurt and not being able to play, you don't take the game for granted anymore," Rodon said.

Returning to the promise he showed after he was selected with the No. 3 pick in the 2014 amateur draft out of North Carolina State, Rodon is a perfect 4-0 with a sparkling 0.72 ERA in 4 starts, striking out 36 in 25 innings. According to the Elias Sports Bureau, the 28-year-old left-hander is just the eighth pitcher since 1900 to win each of his first four outings of a season with at least 35 strikeouts.

Rodon had one of baseball's signature moments of April when he threw a no-hitter in an 8-0 victory over Cleveland. It was his first career shutout and second complete game.

For the people who had a hand in his development and then watched him go through his injury trouble in recent years, it was a pretty sweet night.

While Rodon has thrown at least 95 pitches in each of his starts, the White Sox are being careful with him. He was slated to go Tuesday at Cincinnati, but he was pushed back to Friday night against Kansas City instead.

The move keeps Dylan Cease and Dallas Keuchel (Arkansas Razorbacks) on their usual schedule and creates more rest for Rodon, who has totaled just 15 big league appearances and 67 1/3 innings the last three years.

"If you look at his first start in Seattle and every start since then, where ever we could we've given him extra rest," Manager Tony La Russa said. "He's made so much progress, but you want to be sure."

Rodon is supportive of the approach, but he knows it goes away when the off days become more rare this summer.

Rodon looked as if he was going to help anchor the team's rotation for years to come when he went 5-2 with a 1.81 ERA over the last eight starts of his rookie season in 2015. But injuries kept getting in his way.

He was limited to 12 starts in 2017 because of left biceps bursitis and left shoulder inflammation, and then had arthroscopic shoulder surgery that September.

He began the 2018 season on the injured list while he recovered from the shoulder operation and then returned that June. But he had Tommy John surgery on May 15, 2019, cutting short another season.

"Tommy John was just long, monotonous and tedious," Rodon said. "Every day it was like baby steps to the finish line, like a snail's pace. So I guess Tommy John would have been the hardest one."

Rodon returned July 28 and pitched in five games last summer, including a shaky performance in his first career playoff appearance in the American League wild card series at Oakland. But he was non-tendered in December, making him a free agent.

He decided to go back to the White Sox for a $3 million, one-year contract.

"When the White Sox came back ... it's hard not to go back to somewhere you're comfortable with and a team that's really good," he said. "It's hard to say no."

In his return, Rodon has benefited from his work with new pitching coach Ethan Katz. He has started using a core velocity belt in drills, a tool that goes around his hips and wraps around his legs. He does about four or five exercises with the belt and a series of bands, helping with his hips and connecting his lower half to his upper half.

The result is a more fluid motion and less stress on his arm, helping him find the late-inning velocity that the 6-foot-3 Rodon had before all the injuries. 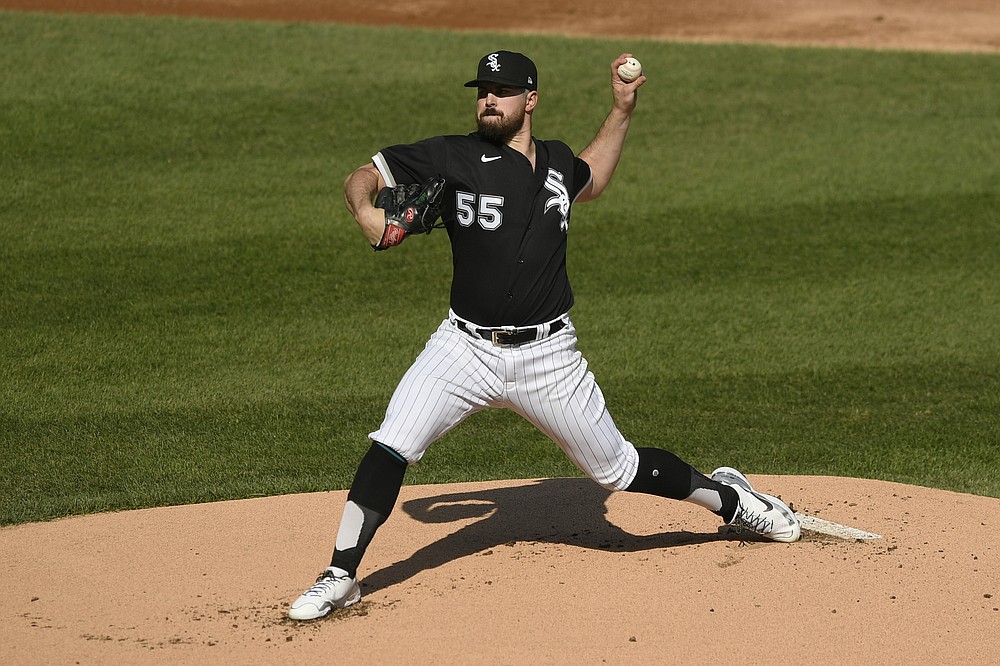 Chicago White Sox starter Carlos Rodon delivers a pitch during the first inning of the first baseball game of a doubleheader against the Detroit Tigers, Thursday, April 29, 2021, in Chicago. (AP Photo/Paul Beaty)
ADVERTISEMENT