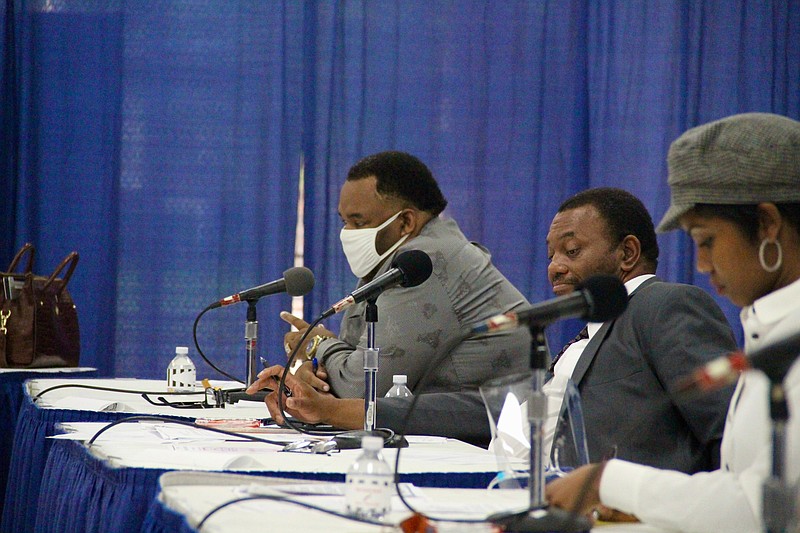 The University of Arkansas at Pine Bluff Golden Lions football team was recognized during the Pine Bluff City Council meeting Monday night for competing in the Southwestern Athletic Conference Championship game and commended for their service to the community, region and the nation.

Mayor Shirley Washington presented a proclamation congratulating the 2021 SWAC Western Champions who had an undefeated regular season of 4-0.

Coach Doc Gamble was also recognized as the SWAC Coach of the Year.

The proclamation read that Golden Lion Football team captured the hearts and minds of the citizens of Pine Bluff with their appearance in the SWAC Championship game, which was played at Veterans Memorial Stadium in Jackson, Miss., on Saturday and aired nationally on ESPN 2.

The Golden Lions played Alabama A&M, losing a nail-biter by a score of 40 to 33.

A resolution converting a part-time secretary's position within the Inspection Department to a full-time position to meet the workload would cost an additional $10,704 annually.

Council member Glenn Brown Jr., who serves on the Ways & Means Committee that handles the budget, said he felt it takes a lot of time to create the budget at the beginning of the year and it needs to be lived by.

"I feel like at the time the budget is being made, if this was that important, it should have been added at that point," said Brown Jr., who added that the budget should only be adjusted in emergency situations. "I really don't like changing the budget up."

Brown Jr. said he wasn't sure if the position was needed and wanted to stick to the budget as much as possible.

Council member Joni Alexander said she did not support the resolution and felt a more centralized position should be created that would serve multiple departments.

Glenn Brown Sr. said he was concerned about constantly changing the budget in the middle of the year.

But Alderman Bruce Lockett argued for the proposal.

"We cannot create slots in departments, then when department heads come to us we tell them they got to wait on the budget," Lockett said. "We found the money for other slots; we can find future salary increases."

A resolution adjusting the compensation paid to zoning official Lakishia Hill also did not sit well with Brown Jr. who emphasized again the time spent to set the budget and mentioned the process in which the increase was requested was not done in the proper way.

Hill is a 16-year employee who addressed the Administrative Committee, chaired by council member Lloyd Holcomb Jr., last month during his meeting.

In a statement to the committee, Hill claimed salary disparity, stating the zoning official she replaced made over $40,000 but she was told she couldn't make that salary.

"Within my department, an increase was approved by the City Council to rehire a former employee. The salary was increased in order to gain a skilled employee with former years of service. He would not require training and would be able to offer knowledge to an existing employee. Since his retirement, our department has hired 2 new employees. These employees have had to receive training and acquire certifications for their positions within the last year. Yet they were paid the increased salary of the former employees. The positions were not reduced to the starting salary. As a result, a newly hired employee makes more than me, a 16-year employee with a degree and all certifications required for the job."

"If we're going to change salaries throughout the year we might as well not even have a budget process. I feel like the entire process was not done in the correct way," said Brown Jr., who added that he felt this would open up the city for any employee to petition a salary increase to the Administration Committee. "We have 500 employees, so will the Administrative Committee entertain 500 employee requests for salary increases? We can't do that. That is why we set a budget."

Holcomb responded and pointed out that both resolutions, the one that just passed and the one that was currently being discussed, were both important.

"The one we are getting ready to vote on, this is not a raise, this is due money that this employee is supposed to be paid," said Holcomb Jr., who pointed out that other departments have received compensation before the budget. "We have openly voted to pay them and there has been no discussion, but tonight there seems to be a problem. Mrs. Hill who is an employee is getting her just due. That's all that's taking place."

Alexander supported the resolution and stated that Hill's salary wasn't correct from the start.

Alexander added that a memo would need to be sent out for future requests informing the employee of the process which includes the supervisor's stamp of approval.

"I believe that this salary adjustment is just as important to keeping this particular individual as we add money to other people who are coming into city government by stating we must add money to their salary to induce them to come here," said Lockett. "We got to keep quality employees. I believe this is a quality individual, that this increase is worthy and I support it."

An ordinance detailing the procedures regarding offers for the city-owned property was passed by the city council.

"We have had some problems in Development and Planning," said Lockett, who chairs that committee. "The biggest thing that this clears up is one thing that we have encountered, that is people not knowing that one has to bid somewhere close to fair market value."

An ordinance waiving competitive selection and authorizing an agreement with Smart Chrysler Dodge to acquire three vehicles for the Code Enforcement Department for a grand total of $44,025 was approved.

The sum was previously appropriated for this purpose in the department's budget according to the ordinance.

A resolution amending the 2021 municipal budget to create the position of a golf superintendent/sports field manger within the Parks and Recreation Department for the sum of $47,719 was also approved. 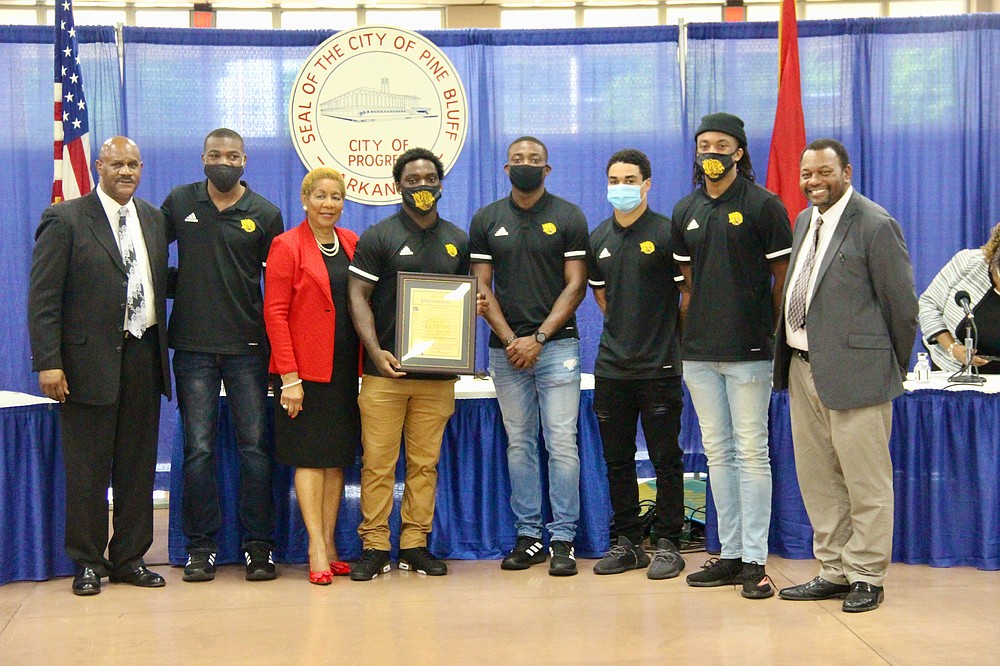