By necessity or choice, pandemic leads some Arkansans to change careers 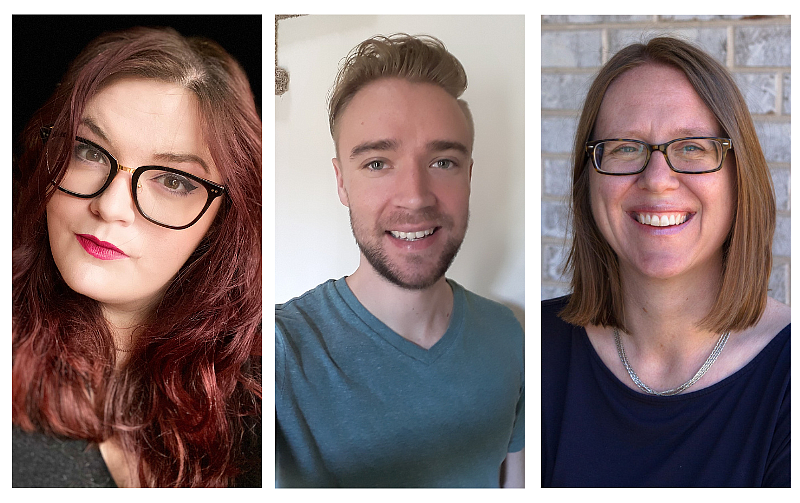 When 26-year-old Rosie Palmer saw her “worst fear” come true in December, she began to reevaluate her life.

She’d been scared the pandemic would claim the lives of her parents, and although Palmer’s mother didn’t succumb to a covid-19 infection, the Little Rock woman considers her mom’s death part of the pandemic’s toll.

Hospitals were overrun at the time, and Palmer believes if her mom’s unexpected illness had not occurred during the pandemic, she probably would have been diagnosed and treated sooner, possibly saving her life.

As she faced the grief of losing her mother, Palmer began taking stock of her life, and asked herself why she had never taken the plunge to follow one of her dreams: becoming a professional voice actor.

“I was just kind of like, okay, but who cares? I mean, you survived the thing you feared the most,” she said. “I think you can take the risk of a failure for the possibility of fulfillment. So, I went for it. I turned in my two weeks.”

Whether by necessity or choice, the pandemic has caused some Arkansans to change careers, thanks to economic and social upheaval, massive changes to the way people work and a new, keener sense of every individual’s mortality.

Palmer had worked in the legal field for several years, most recently at the Center for Arkansas Legal Services as a secretary.

She described herself as an anxious person by nature and said she never followed her dreams because she feared financial instability and not being good enough. But after her mom’s death, that seemed to matter less.

She officially handed in her two-weeks’ notice in April to make voice acting her full-time job.

“I didn't have much of a plan, aside from some small savings, but it's been working out pretty well,” she said. “I've been lining up clients, I got my studio soundproofed and all that good stuff. I'm not rolling in it or anything, but it's been going well.”

Christine Erwin-Jimenez, 42, also recently decided to change careers to follow a passion, hers in politics.

Erwin-Jimenez, who lives in Bentonville, said she’d become more and more active in politics since the 2016 election. Seeing how the pandemic was handled by elected officials and watching the Capitol riot unfold finally pushed her to leave her job in human relations in March to get more involved with the local Democratic Party.

Erwin-Jimenez said she wants to work on recruiting more people, especially women, to run in local, county and state elections, and hopes to work as a campaign manager.

“I think we recognize, between my husband and I, that this is really where my passion is and this is what I want to do, to help bring along a better opportunity for all Arkansans,” she said.

Aaron Hill, 28, also changed careers during the pandemic, but more by necessity than choice.

He had been working two part-time jobs, one at the Central Arkansas Library System and one at Mardel Christian & Education book store, but when the pandemic hit in the spring last year, he was furloughed first from his job at Mardel and then his job at CALS.

To receive unemployment benefits, he was required to look for work, and during his search, he learned of an opening for an optician apprentice at Success Vision Express.

Hill knew a friend who worked there, so he applied and got hired.

As an apprentice optician, Hill makes lenses for customers. He said he’s found the science and technical know-how behind the job interesting, and he gets to interact with customers, something he has always enjoyed.

The change also gave him the benefits of being a full-time employee and a true apprentice.

“I don't have to pay an institution to train me — I get paid to be trained,” he said.

Hill said he could eventually take an exam to become a fully licensed optician, and he plans to stay in the field for what he calls “the long haul.”

That doesn’t mean forever to him, but long enough to find the financial stability to pursue a graduate degree in mental health counseling, a passion he’s harbored since his undergraduate education but never been able to pursue.

“Due to the good job that I found at Success Vision, I can support myself as I study through grad school,” he said.

If the pandemic had never happened, Hill said he would never have started working as an optician, as he had been hoping his position at CALS would become full-time.

“My life got shaken up and I just sort of landed in working in optical,” he said. “And that was a really, really happy accident for me.”