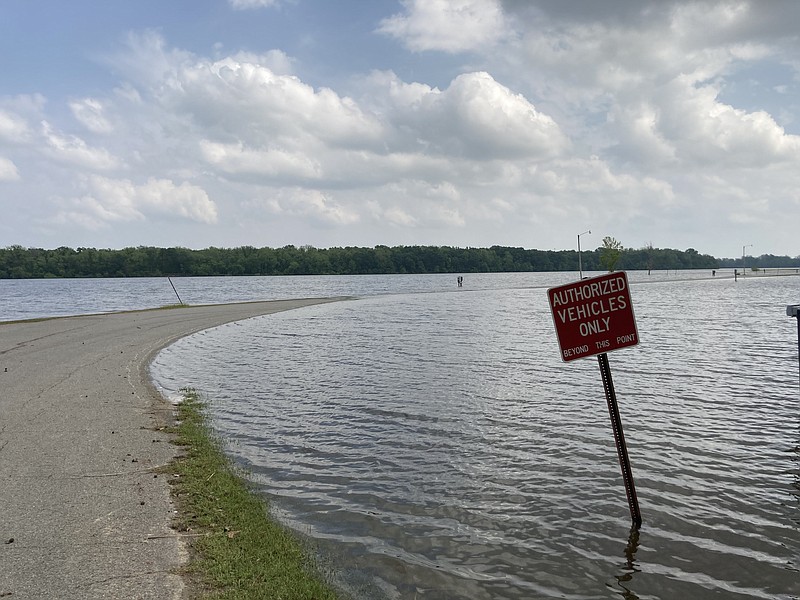 There was high water from the Arkansas River over the weekend, but apparently not enough to trigger any need for emergency services.

The Jefferson County sheriff's office late last week passed along some projections for Arkansas River levels to get the word out about the potential that problems were on the way.

On Monday, a relieved Sheriff Lafayette Woods Jr. said the river peaked a bit lower than had been predicted.

"We didn't get any calls about property damage or flooding in the area," Woods said. "We were being proactive, and thankfully, we didn't get a single call, which is a surprise. I totally anticipated that there would be problems."

At noon Sunday, the river was nearing the road into Regional Park, Woods said, adding that his office was staying in touch with Harbor Oaks Golf Club in case there was a need for help. During the flood of 2019, which also occurred in the spring, the golf club's building was inundated and golf carts had to be rescued, Woods said.

During that event, Woods said, his office worked overtime in ferrying people to higher ground.

"We had to take people out in boats," he said. "It didn't seem like there would ever be an end to it."

The river was expected to rise above flood stage, which is 42 feet, on Saturday evening and crest at 43.8 feet by early Sunday afternoon. Woods said the peak didn't happen until sometime Sunday evening, and the highest it got was 40.4 feet.

Even at that level, water was starting to become a concern. At 40 feet, water is over the road to Island Harbor Estates, and there is flooding of cropland inside the levees.

The flooding two years ago broke some records along the Arkansas River that had been in place since the 1927 flood. In Sebastian County, 200 people were evacuated and some 545 homes were affected, according to the Encyclopedia of Arkansas.

In Jefferson County, the conditions were similar, as people had to leave their homes in Island Harbor Estates. Across the county, some 550 homes "were at risk," according to the encyclopedia. 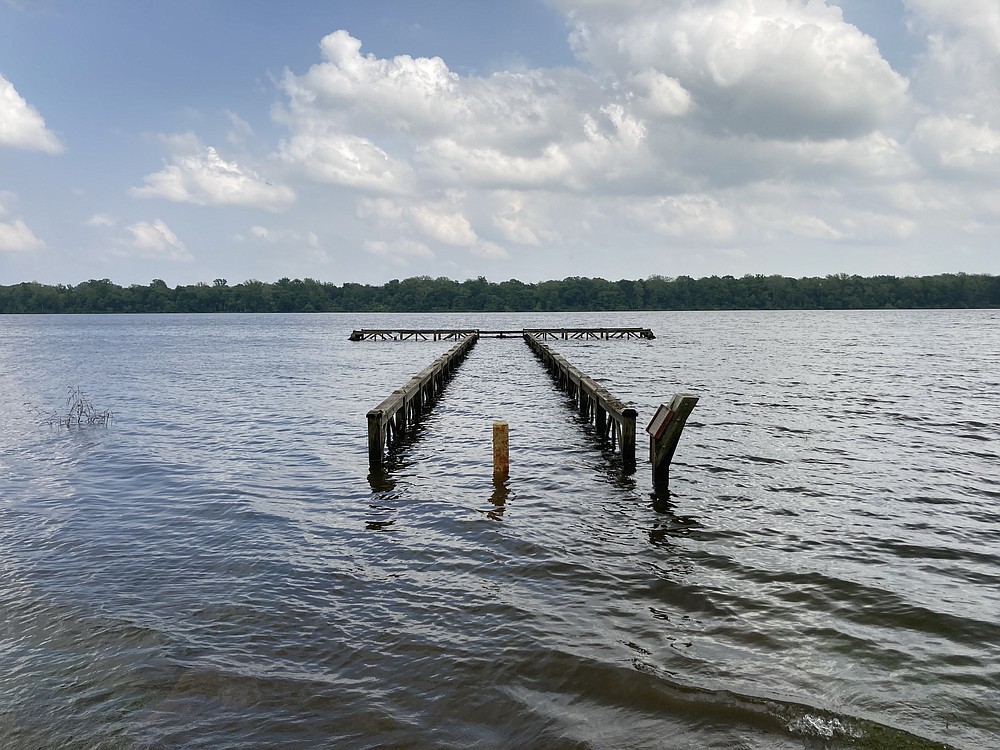 A fishing pier at Regional Park was more of a pier for fish on Monday as high water on the Arkansas River has raised the level of Lake Langhofer, shown here, which is an oxbow of the river. (Pine Bluff Commercial/Byron Tate)
ADVERTISEMENT