Officials dispatched to region as Iran-deal talks raise concerns by The Associated Press | May 4, 2021 at 2:00 a.m. 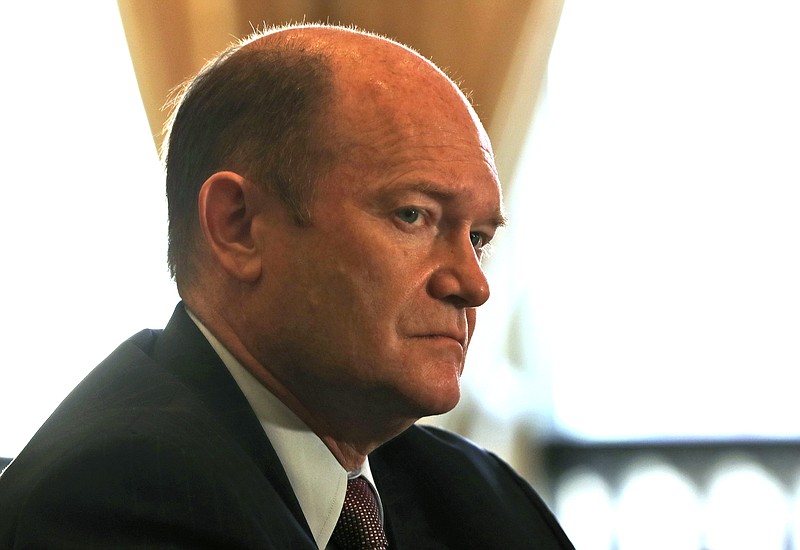 The trips come as the U.S. and Iran, through intermediaries in Vienna, discuss a return to Tehran's 2015 nuclear deal with world powers, which former President Donald Trump abandoned three years ago. The United Arab Emirates, Saudi Arabia and other Gulf allies, excluded from Barack Obama-era nuclear negotiations, have repeatedly pressed for a seat at the table, insisting that any return to the accord must address Iran's ballistic missile program and support for regional proxies.

Sen. Chris Coons, D-Del., an ally of President Joe Biden, told reporters in the UAE's capital, Abu Dhabi, that he hoped to allay the sheikhdom's "understandable and legitimate concerns" about the return to the landmark deal and to create "broader engagement" with Gulf partners.

Coons said "close consultation" with the UAE about the ongoing talks in Vienna was "important, expected and happening," adding that he hopes the Emiratis "may not just be notified, but actually help."

What that means remains unclear, as Gulf states now watch as negotiations gain traction in the Austrian capital. When asked to elaborate, Coons balked at the suggestion that the UAE's input had acquired any greater significance in talks with Iran over the past five years.

"I did not in any way mean to suggest that there was some deal in the works where the Emiratis would be securing anything," he said. "Vienna is the place where the United States government, the administration, is negotiating."

Regional tensions are rising. To pressure the Biden administration to lift sanctions and come back into compliance with the deal, Iran has steadily violated the accord's limitations on nuclear enrichment and stockpiles of enriched uranium. And the long shadow war between Israel and Iran has intensified, with suspected Israeli attacks on Iranian ships in volatile Mideast waterways and on Iran's Natanz nuclear facility.

In a tour intended to boost security ties, several senior Biden administration officials are touring Arab capitals, with Brett McGurk from the National Security Council and Derek Chollet from the State Department, among others, stopping in the UAE, Saudi Arabia, Jordan and Egypt this week.

Sen. Chris Murphy, D-Conn., joined in the flurry of diplomatic activity in the region this week, jetting to Oman, Qatar and Jordan for talks on a political solution to the war in Yemen.

In an interview with The Associated Press from the Jordanian capital, Amman, Murphy credited the influence of the Biden administration on recent steps in the region to defuse tensions, such as a Saudi cease-fire initiative floated to the Iran-backed Houthi rebels as well as secret talks between archenemies Iran and Saudi Arabia. Earlier this year, Biden announced the end of U.S. support to the Saudi-led coalition in Yemen.

Iran's nuclear deal with world powers "is very important, perhaps critical, to peace in Yemen," he added, and without it, "the Iranians are going to see Yemen as an opportunity to make mischief against the United States and our allies."

The visits follow the Biden administration's decision to move ahead with Trump-era arms sales to Gulf countries, including a $23 billion transfer of F-35 combat aircraft, Reaper drones and other advanced weapons to the UAE, despite objections from Democrats wary of the UAE's entanglement in the war in Yemen, its authoritarian policies and its ties to China.

Coons, chairman of a subcommittee of the Senate Foreign Relations Committee, helped introduce legislation last year designed to block the sale of fighters to the UAE. He said Monday that he discussed those concerns with Emirati officials during his two-day visit.

"In a number of robust conversations with senior [Emirati] leaders, I've been reassured, I think, appropriately," Coons said, without elaborating. "But I need to return to Washington to hear from our administration ... exactly how this is being resolved and addressed." 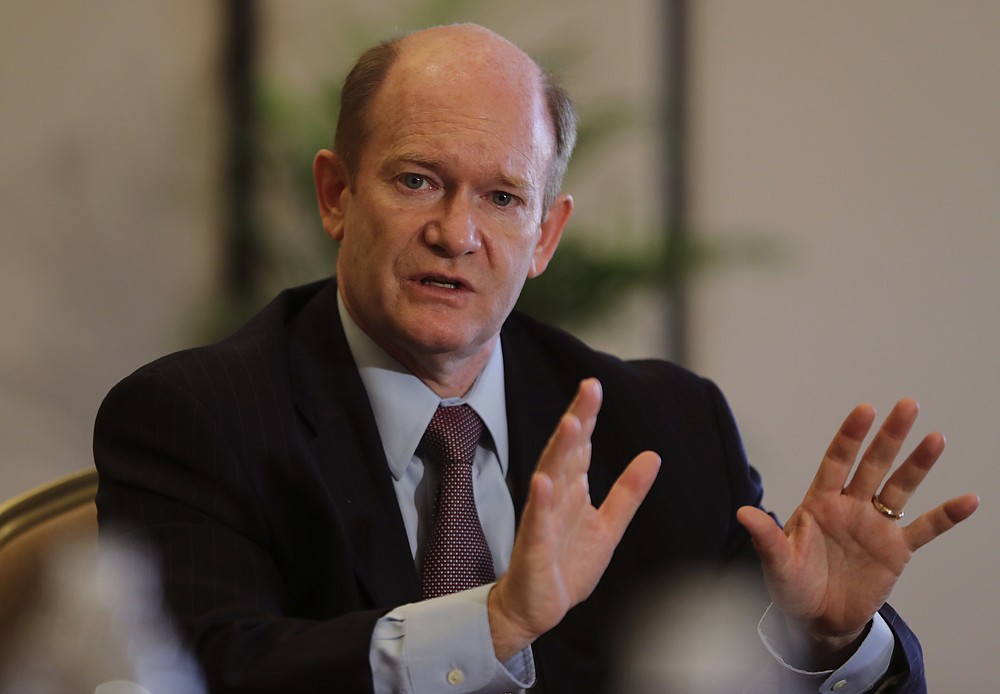 Senator Chris Coons of Delaware talks to the journalists during a press briefing in Abu Dhabi, United Arab Emirates, Monday, May 3, 2021. Top Biden administration officials and U.S. senators crisscrossed the Middle East on Monday, seeking to assuage growing unease among Gulf Arab partners over America’s rapprochement with Iran and other policy shifts in the region. (AP Photo/Kamran Jebreili) 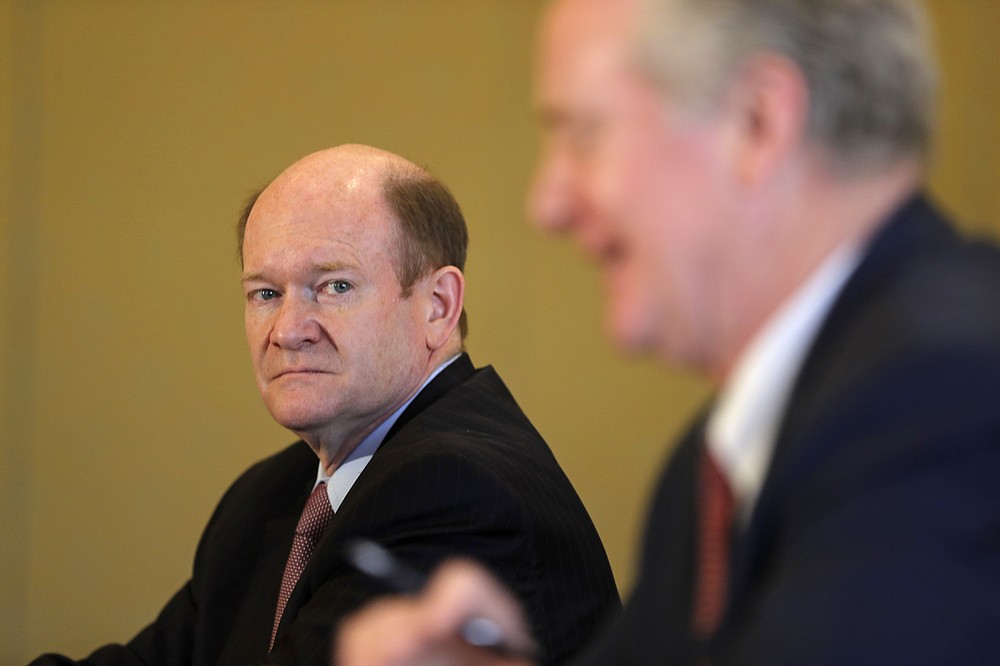