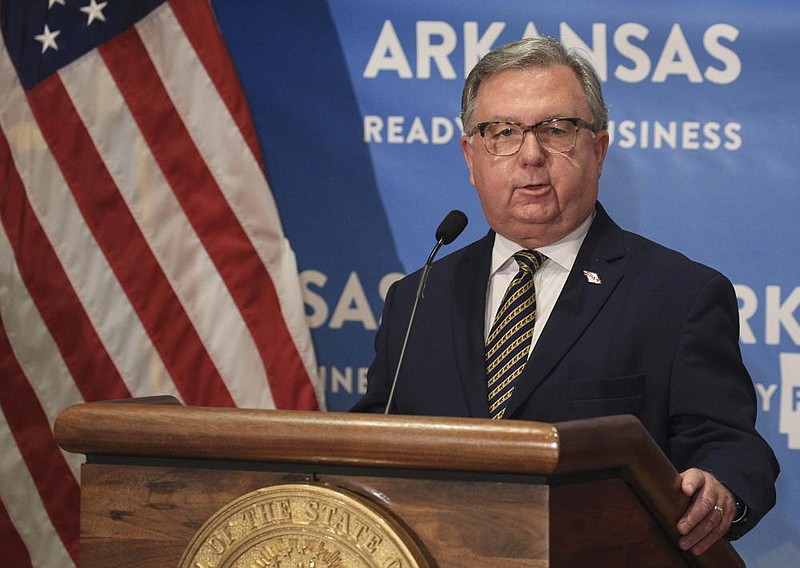 Former Republican Party of Arkansas Chairman Doyle Webb of Benton said he will announce Tuesday morning that he is seeking the Republican nomination for lieutenant governor.

He said he submitted his resignation on April 9 as Republican Attorney General Leslie Rutledge’s redistricting director, effective April 23, because the U.S. Census figures required for redrawing the boundaries of legislative districts won’t be available until this fall. He said he wants to focus on running for lieutenant governor full time.

Webb started work as Rutledge’s redistricting director on Jan. 18 at a $150,000 year salary, which a spokeswoman has described as commensurate with what’s paid to other department heads with extensive public service experience and/ or specific expertise in the attorney general’s office.

He served as the chairman of the Republican Party of Arkansas from December 2008 through December 2020. Webb also once served as chief of staff to the late Lt. Gov. Win Rockefeller.

No Democratic candidates have announced for the position.

The office has been held by term-limited Republican Lt. Gov. Tim Griffin of Little Rock since 2015. In February, Griffin announced his bid for attorney general next year and jettisoned his campaign for governor.

The lieutenant governor’s position is considered to be part time. The annual salary is $45,344 this year.