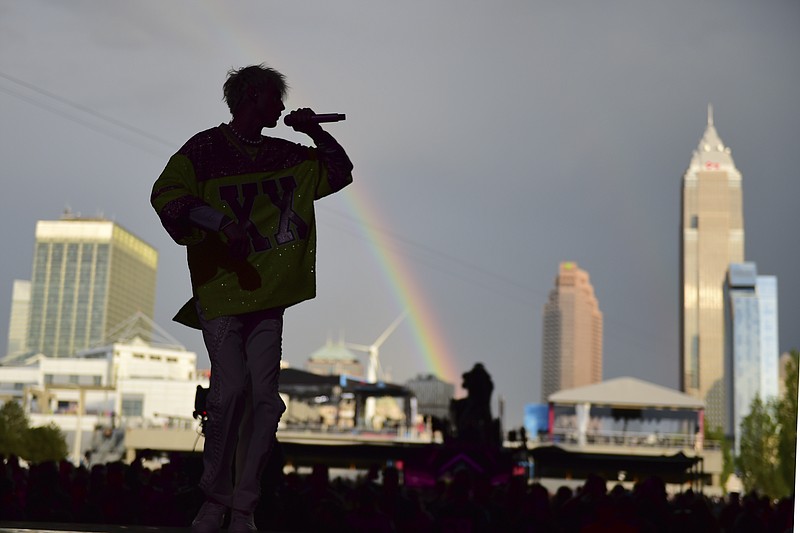 Given that the nation remains in a pandemic, the NFL is more than satisfied with being able to attract 160,000 fans to the draft in Cleveland last week.

While those numbers pale in comparison to what the three-day draft drew in previous years in Nashville and Philadelphia, they also reflect the necessary health and safety protocols the league observed.

"We hit some rough weather on Thursday night but the crowd experience built. It's a testament to Browns fans and Cleveland overall. Of course the numbers are less than if we were fully beyond the pandemic, but to put it in context, it's more than in year one [2015, when the draft was moved from New York] in Grant Park in Chicago.

"This was certainly a hybrid draft as we transition out the other side of the pandemic. Last year was about representing where we all were, which was literally in our basements. This was pointing to brighter days and how you can do things together outdoors in a safe way."

Just as in Chicago, Philadelphia and Nashville, the NFL used an iconic locale within the city, building a stage and fan complex along the shore of Lake Erie and next to the Browns' stadium and the Rock & Roll Hall of Fame.

The views provided on television gave this draft the feel of a big event, something Americans covet as the covid-19 threat remains.

Indeed, many sports and other entertainment genres were watching the NFL to see how things went. There was a large presence of vaccinated fans on hand -- a requirement near the stage -- and mandatory mask wearing elsewhere across what O'Reilly called "the broader campus."

"We are in a very different place from last year," O'Reilly noted, "and it was one where people are so eager to be out and together. And we needed to do that while working with the CDC and local health officials to strike that right balance with fans in attendance, and do it safely. And so many of those fans ... were vaccinated and they were proud to be vaccinated and thrilled to be back out at an event like that.

"We took the striking of that balance really seriously as we rolled out our plan and executed."

The next planned major event with large crowds will be the Pro Football Hall of Fame enshrinements in early August in Canton, Ohio. Two classes will be inducted: 2021's eight selectees; five modern-day players from the 2020 group; and a 15-member centennial class from 2020. Last year's inductions were postponed because of the pandemic.

"We're working very closely with David Baker and the Hall of Fame on both the enshrinements and the game, which was postponed last year and features the Dallas Cowboys and Pittsburgh Steelers," O'Reilly said. "And we are looking forward to starting in a big way and hopefully to have fans on hand at training camps."

O'Reilly and the league also are hopeful the conclusion of the draft was a harbinger. Following the announcement of the final pick, a rainbow appeared over the Cleveland skyline. 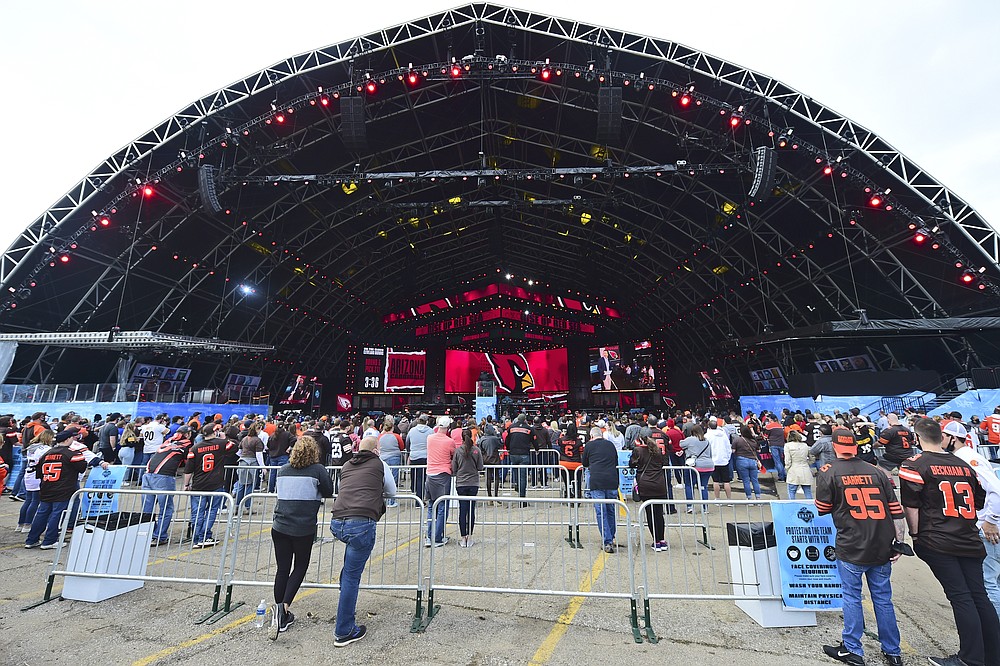 Football fans watch from outside The Draft Theatre during the sixth round of the NFL football draft, Saturday, May 1, 2021, in Cleveland. (AP Photo/David Dermer)
ADVERTISEMENT