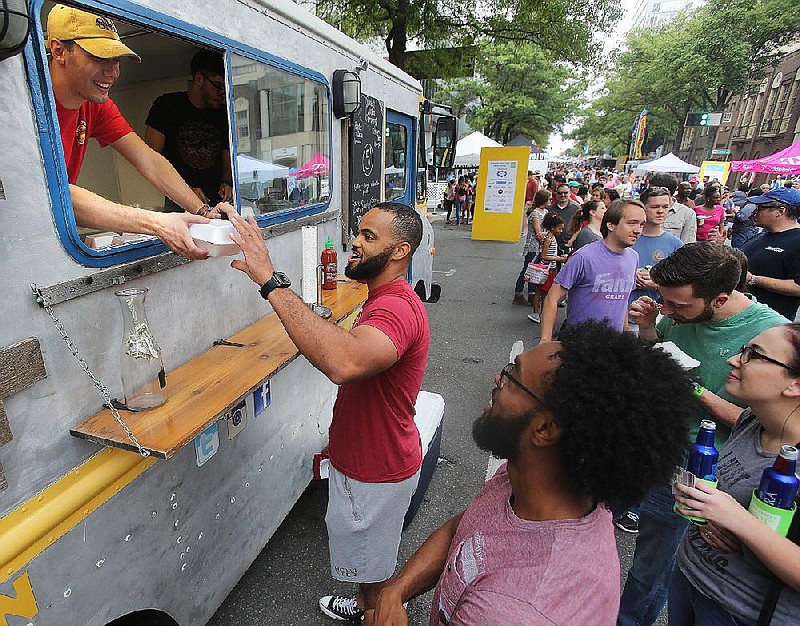 Arkansas Democrat-Gazette/THOMAS METTHE -- 9/9/2018 -- Xavia Denson gets his order from Austin Wade in the Slader's Alaskan Dumpling truck from Searcy during the 2018 Main Street Food Truck Festival on Sunday, Sept. 9, 2018, in downtown Little Rock.

The event was canceled due to covid-19 in 2020, which would have been the anniversary, according to a news release issued Wednesday by the organization.

This year, the event will take place on Saturday, Oct. 2 with extended hours from 10 a.m. to 8 p.m., the release states.

“Since we didn’t get to have it last year, we’re using this year as an opportunity to finally celebrate the ‘10 years of yum’ this festival has brought to downtown,” Gabe Holmstrom, executive director of the Downtown Little Rock Partnership said in the release.

The event will feature food trucks offering myriad types of food, as well as vendors, artists, musicians, makers and entertainers, the release states.