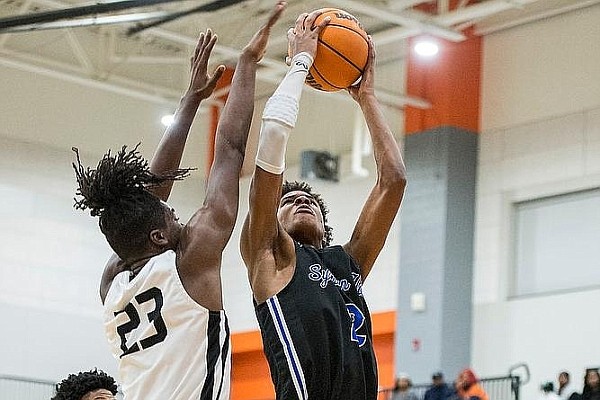 On Wednesdays, we feature an in-state prospect who could be flying under the radar of college coaches. This week's UTR prospect Sylvan Hills’ Corey Washington.

Stats: As a junior, he averaged 13 points, 7 rebounds, 2 blocks, 2 steals and 1.5 assists while shooting 71%. Washington led team in charges taken.

“Since he’s been on the high school campus his freshman year on he’s really come on. I don’t know if we’ve had a kid emerge like Corey has. We had Nick (Smith), he was playing in tandem with Corey. Just has raw athleticism and his gifts in the field of athleticism is just something special. He led us this year and shot over 70% from he field. That's probably the best I’ve had. He played around he basket a lot for us. Being so athletic he’s able to do a lot of things in and around the basket. He gets to the midrange and to the basket so well. Of course that’s going to help your percentages, but I don’t know I’ve had a kid shoot over 70% from the field. Corey is a guy that can play with his back to the basket, but really prefers facing the basket. I think that’s another statement to what he can do”

“We wanted to shoot the ball more from the perimeter last season, but like I said, he felt more comfortable being able to get to the rim. He finishes well all around the basket. This spring and summer he’s really been working on his perimeter game.”