UCA has it together on and off diamond 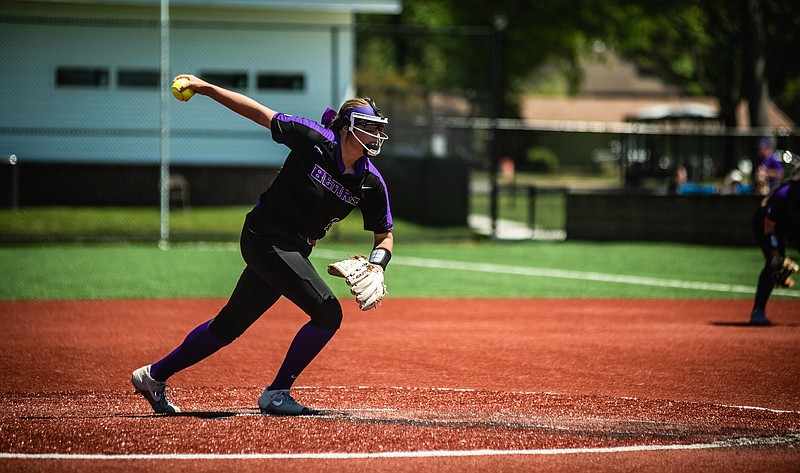 Central Arkansas pitcher Kayla Beaver is 17-6 this season with a 1.32 earned-run average entering this weekend’s three-game series against Lamar. (Photo courtesy of the University of Central Arkansas)

The 2021 iteration of the University of Central Arkansas softball team is built on trust.

Right-hander Kayla Beaver is certain of the defense behind her, which has committed the fourth fewest errors in the Southland Conference. Beaver's teammates know they can lean on her and her 1.32 ERA that ranks third-best among starters in the league. And when the Bears come to the plate, everyone is confident in an offense that leads the Southland with 323 hits.

It's a self-belief forged on the field and also off of it.

"After last year was cut short and we all went home, we've hung out and bonded as a team away from softball," Beaver said. "That's where that trust comes from and it carries onto the field."

That trust fueled the Bears (31-17, 18-6) to a nine-game winning streak from March 19-April 3, and has UCA in second place of the Southland Conference entering the final weekend of the regular season with them set to host Lamar (8-40, 4-20) for games Friday (doubleheader) and Saturday.

UCA trails only Stephen F. Austin (32-9, 23-1) in the league, and ranks top three in the conference across a number of offensive categories, including RBI (186), doubles (62), and slugging percentage (.417) while boasting a 2.04 team ERA on a pitching staff led by Beaver and her 17 victories.

With a pair of victories over Lamar, the Bears will secure the No. 2 seed and a two-game bye in next week's conference tournament which begins Tuesday, where they will chase their first Southland title since 2015.

"We've got a really good team," said Coach David Kuhn, who is in his 12th season at UCA. "Really good pitching and we swing the bats well."

Approaching the 2021 postseason near the top of the Southland feels to the Bears like the deserved ending the 2020 season never got. UCA was 18-9 and off to an 11-3 start at home last March when covid-19 canceled the season, sending a promising team home following under .500 finishes in two of the previous three years.

"We felt like there was going to be something big for us at the end of the season," Beaver said. "It was hard for all of us."

The pandemic split up a group growing into itself, and when they returned in 2021, the players had relished time together after being apart for so long.

Away from softball, they've hiked and met up for group meals. They've become consistent fixtures at UCA baseball and basketball games, and when a text message goes out for an impromptu hacky sack session on the outfield grass of Farris Field, half the team shows up.

"We've brought everyone together," said freshman outfielder Jenna Wildeman said. "Some teams are very, very cliquey. If somebody is going out to eat, everyone is invited."

In chasing last season's missed opportunity, UCA has relied on a trio of pitchers who have tossed 308 of the Bears' 308 2/3 innings pitched and are limiting opposing hitters to a league-best .209 batting average led by Beaver, the 17-game winner.

Beaver has thrown 16 complete games in 20 starts, and proven herself as a weapon out of the bullpen, earning conference pitcher of the week honors for a series of performances than included 3 2/3 scoreless innings in relief in Saturday's 7-6 win over Southeastern Louisiana. Behind her, Jordan Johnson holds a 10-7 record and a 2.21 ERA, and Rio Sanchez has proven steady in her 10 appearances.

"Bottom line, our success starts in the circle," Kuhn said. "Rio and Jordan and Kayla. We've got three, quality No. 1 starters on the mound any given day."

Wildeman's 62 hits and .411 batting average pace a UCA offense that's scored 214 runs, third-most in the league. She is one of batters hitting above .300 along with Mary Kate Brown and Tremere Harris in a lineup that also features home run threat Cylla Hills, whose seven blasts rank seventh in the Southland.

With the most hits in the league and 103 stolen bases as a team, it's on the base paths where the Bears find their runs.

"We've been really good at passing the bat," Wildeman, who leads the nation with 51 stolen bases, said. "We find ways to get on base and we have speed which keeps teams off balance and that leads to good things on the scoreboard."

With a stellar combination of pitching and hitting, Kuhn believes this UCA team has the talent and depth to replicate the 2015 title win, and to achieve what last season's team never got the chance to try for.