Prosecutor cites history of missed court appearances in urging confinement by Tracy Neal | May 7, 2021 at 2:55 a.m. 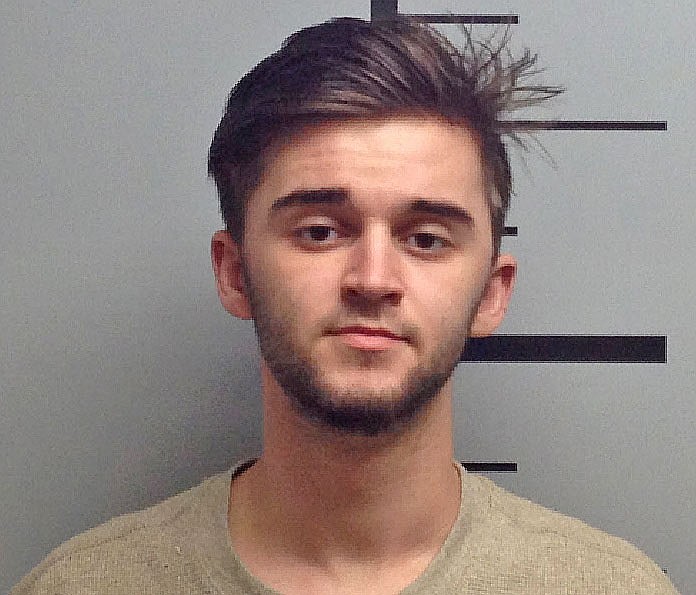 BENTONVILLE -- A circuit judge ordered a Bella Vista man charged in the fatal shooting of another man to be held without bail in the Benton County jail.

Zachary Avans, 22, appeared in court Thursday morning for a bond hearing. He was arrested last week in Mississippi in connection with the killing of Bryon Keith Blackmon and booked into the jail.

Prosecutors haven't filed formal charges against Avans. His arraignment is set for June 10.

Scott Parks, Avans' attorney, didn't contest probable cause existed to hold his client on the charges.

Parks urged the judge to set some kind of bail for his client. Parks conceded Avans has a history of failing to appear in court. Parks said Avans has lived in Northwest Arkansas since he was 11 years old. He described Avans' criminal history as one of drug issues, not violence.

Parks said it's his understanding Avans was on a planned trip in Mississippi, and it wasn't an attempt to flee the jurisdiction.

Green noted Avans failed to appear in her court in December and February in a drug case. She set bail at $20,000 in that case.

Avans was arrested April 29 in Mendenhall, Miss., by members of the Simpson County sheriff's office and U.S. Marshals, according to an affidavit of probable cause. He was traveling with two other people on a vacation to Florida, according to the affidavit.

Shannon Schmidt told police he and Avans are friends, and he had been trying to help Avans obtain his identification, including his power of attorney to cash checks, according to the affidavit.

Schmidt said Avans asked him to drive him April 27 to a Bentonville address to visit a friend about a stimulus check. Avans was having financial troubles after giving a friend power of attorney in order for the friend to collect bail money and get Avans out of jail, according to the affidavit.

The friend obtained Avans' stimulus check but failed to bail him out of jail, according to the affidavit.

Schmidt told police Avans burned the shirt he had been wearing in a fire pit when they returned to Schmidt's home, according to the affidavit.

A neighbor of Blackmon's heard Blackmon yelling for help. The neighbor ran to Blackmon, who was lying in the street, and removed his shirt to apply pressure to Blackmon's wound, according to the affidavit.

Police also found a spent shell casing to a revolver or semi-automatic pistol, according to the affidavit.