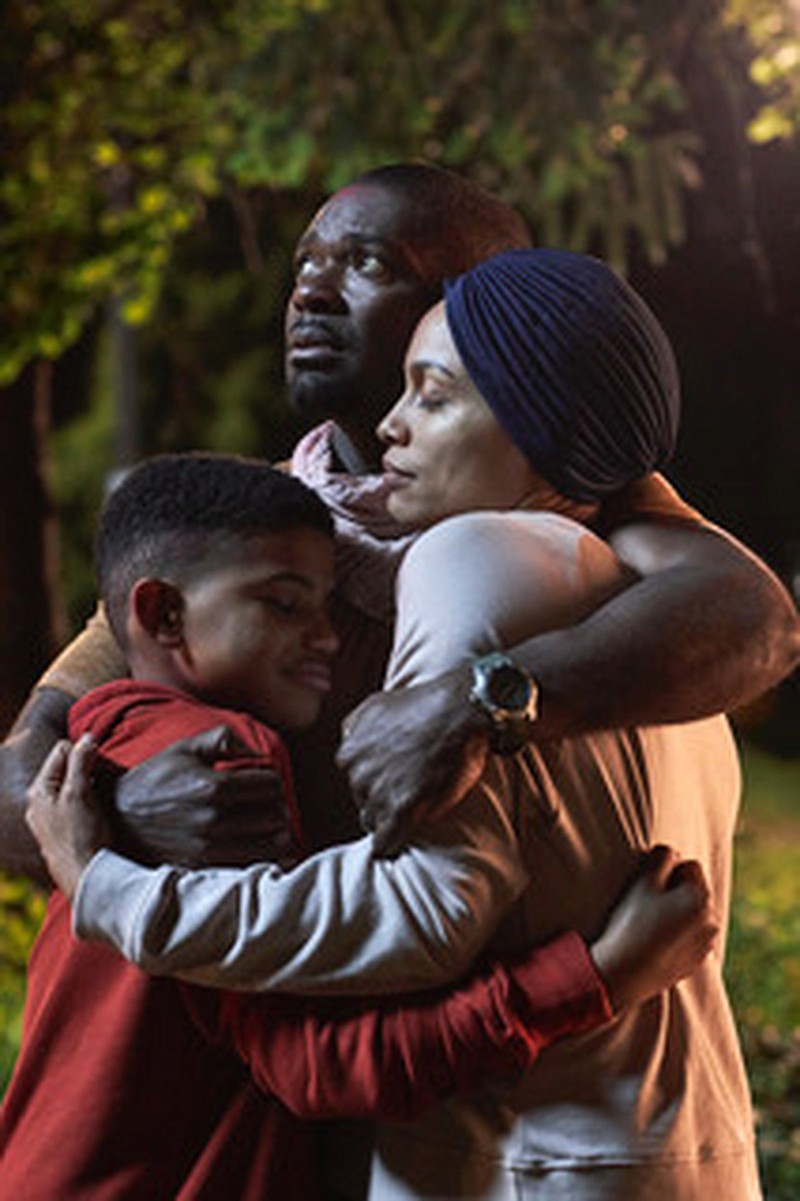 Young Gunner Boone (Lonnie Chavis) sets out on a magical quest to save his parents Amos (David Oyelowo) and as Mary (Rosario Dawson) in “The Water Man,” a family adventure film that marks Oyelowo’s directorial debut.

Ah, the coming of age movie. Every few years we get one of these films about kids going on an adventure to solve some mystery or find a bit of magic. Millennials like me grew up with films like "The Goonies." "The Water Man" definitely fits into that same mold.

It runs in the same vein as movies like "Super 8" and "E.T.", though it certainly doesn't fly as high as either of those films. With that said, this movie is far superior to "Rim of the World."

The story follows a boy named Gunner (Lonnie Chavis) who has recently moved to a rural town in Oregon called Pine Mills. Gunner's mother (Rosario Dawson) is sick with leukemia, and his father (David Oyelowo) is a stressed dad doing his best to care for a dying wife and pre-teen son.

Gunner eventually starts looking for a way to cure his mother's illness and comes across the story of the Water Man, a supposedly immortal miner who died in a flood and mysteriously came back to life. He hopes the Water Man will be able to help cure his mother.

His quest leads him to a runaway girl named Jo (Amiah Miller), and she claims to have seen the Water Man, promising to lead Gunner to him in the woods in exchange for what little cash he's saved up.

"The Water Man" opens with a cool overhead shot of Gunner riding through a cemetery on his electric scooter as he spies a funeral. The film is filled with creative cinematography and beautiful shots of Oregon forests. Having worked in Portland for a little bit, I can tell you Oregon is one of the most gorgeous states, and I'm glad this movie showcased some of its beauty.

Gunner is a strange kid, but I liked that about him. Upon learning his mother has leukemia, he immediately goes to the bookstore and gets every title on the disease he can get, trying to learn how to beat it.

There's even a scene where he tries to tell a home care nurse what medicine he thinks his mother should be taking. I don't know what kid (I think Gunner is around 11) hears about cancer and immediately goes, "I know, I'll go to the bookstore and get everything I can on it." But it shows how much he loves her.

One of my favorite parts of the movie is this graphic novel Gunner is drawing (the kid's actually a really great artist) about a detective who is trying to solve his own murder. The film shows different panels moving and animated on the paper as Gunner looks over his art.

Chavis is a natural lead in this movie, and I'm happy to watch his adventure. He feels like a missing character from "Stranger Things," and it's refreshing to see a Black leading actor in a movie filled with magical realism.

"The Water Man" has some solid scene transitions. There's a great one of Oyelowo burning dinner, and then the film immediately cuts to the family eating cereal for supper. Jerry Seinfeld would have been proud.

Another aspect of "The Water Man" I enjoyed was the movie having an original story, which, I know, sounds like a low bar. But this wasn't a sequel or a reboot or a remake. It was a new screenplay written by Emma A. Needell and directed by Oyelowo. Hollywood needs more of this. Invest in screenplays from women. Put more Black men behind the camera. More. More. More.

I have mixed feelings on the performance of Alfred Molina. I know he's a great actor. It took my brain a second to realize Doc Ock was in "The Water Man." But I question the necessity of his character. He plays a random townsperson Gunner seeks out for information on the Water Man myth.

And while he's on the screen, I felt like Molina was playing a caricature of a bigfoot-hunting wannabe instead of an actual real human being. Things change when he pulls out this scrapbook of photos and drawings to tell the story of the Water Man, though. The movie switches to a sketch-like animated sequence to give the myth its origin story, and I really enjoyed that.

That's all Molina really does in the film, though. It seems like that role could have been better played by this charming bookstore owner Gunner was already friends with. "The Water Man" could have just had her reveal the back story. And it would have made more sense since she owned a bookstore and could have stories about local myths.

There's other questionable moments in "The Water Man," too. For some reason, the movie saw fit to equip Gunner with a sword his father brought back to the U.S. while he was stationed in Japan. The katana doesn't really add much to the story. It looks cool, I guess. But it's not like Gunner knows how to use it. It's a bit baffling.

It does lead to one funny scene of Jo using the sword to open a can of peaches in the woods once both kids realize they bought a bunch of canned goods but no can opener.

Jo and Gunner make a good team, and they have fun together, as long as they don't take things too seriously. When they fight or the movie gives them a dramatic moment, the kids have some trouble making it believable. I'm not sure whose shoulders that falls on, but thankfully there aren't too many of those moments.

I like the magical aspects of things these kids run into while on their quest through the Oregon forest to find the Water Man. There are some nonsensical moments, like when Jo pulls out her phone and complains about not even having one bar of service. Did she forget they'd been hiking in the woods for three days?

Then I got really confused when the kids ran away from some bugs. I understand being disgusted by bugs, but the next morning they make a big deal about leaving their supplies behind and losing all their food. I didn't understand what kept them from walking back to get their supplies, which couldn't have been more than 50-100 feet away.

Sure, bugs are gross, but that's all the food you have to live on, and you're in the middle of a forest with no survival skills. Brave the bugs, and get your backpack, kids.

To add tension to the film "The Water Man" throws in a forest fire that threatens Jo and Gunner (ironic since I'm hoping to review an Angelina Jolie flick about a forest fire next week). To deliver news about the forest fire, the movie relies on, you guessed it, news footage on a conveniently-placed television.

I complain a lot about films using TV news to deliver exposition. Hell, I whined about that trope in my review of "Without Remorse" last week. But it's tiresome and low-effort. Stop doing this, screenwriters. People don't watch the news as often as movies portray them doing it. And the news footage didn't even have any logos, a crawl, or lower thirds on the screen.

It was just footage of the fire with narration from what I assume is a news anchor. No TV news footage ever airs without a logo or lower thirds somewhere on the screen; Branding is too important to TV stations.

The conclusion to "The Water Man" left me frustrated. It borrows from "Bridge to Terabithia" in the worst way. I won't spoil it, but I wish the movie had gone in a different direction. The story resolves rather effortlessly and with little payoff.

But the final moments are touching, and I will frustratingly admit the theme of "every day is special and filled with love" does shine through. The film's credits are animated comic panels from Gunner's graphic novel, and that was neat. I'd buy his graphic novel if it existed.

"The Water Man" is a safe little adventure. It doesn't take massive risks, and audiences can follow along like a gentle river ride at a theme park. I take issue with the conclusion, but the rest of the film is fine. This movie won't have as wide a release as others, but some Arkansas theaters have picked it up if you're interested.