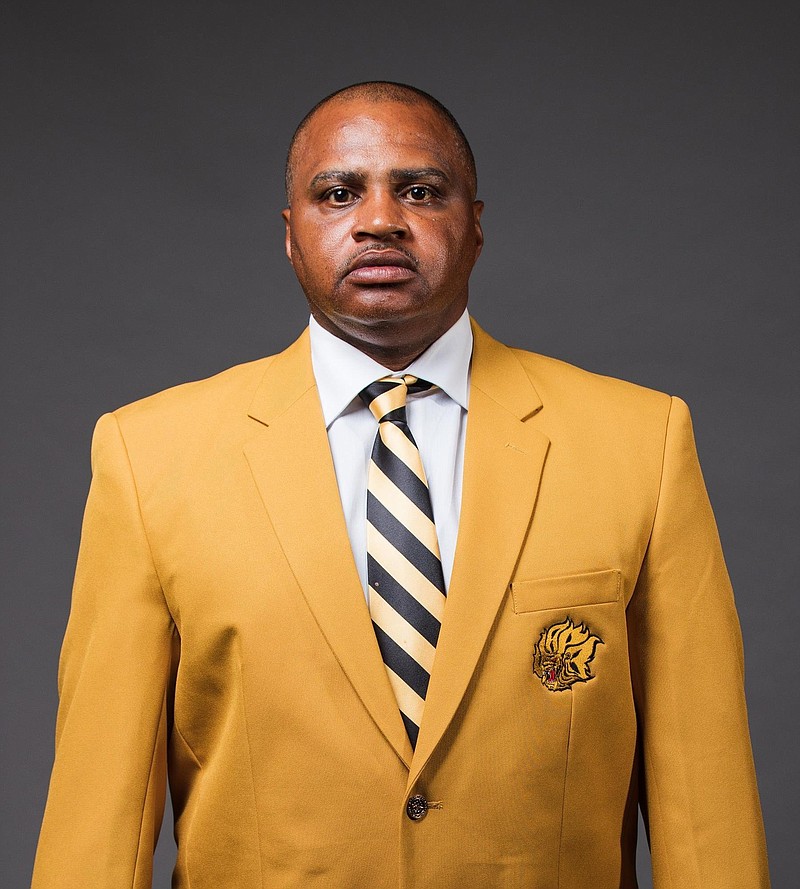 It's been six days since the University of Arkansas at Pine Bluff lost in the Southwestern Athletic Conference title game, and Doc Gamble is still having a hard time dealing with it.

He's done a lot since UAPB dropped a 40-33 decision to Alabama A&M last Saturday afternoon in Jackson, Miss., but the UAPB head coach has found himself occasionally replaying all the things that went wrong for the Golden Lions in a game they seemingly had in control for the first 30 minutes of play.

He's scrutinized how his team blew scoring opportunities late in the first half that might have given them a double-digit lead at halftime. He's examined what UAPB did defensively in the second half that allowed the Bulldogs to score 22 unanswered points after being down 26-18. He's even assessed everything the Golden Lions could've done differently in the final minutes of the fourth quarter when they were trying to rally from 14 points down.

"But I'm finally starting to get that nasty taste out of my mouth now," Gamble said with a laugh. "I told the guys jokingly on Monday, that I'm a sore loser. It was all good, though. It's getting better."

Everything was better for UAPB in 2021 than it had been in any of the previous seven years that yielded just one winning season. The Golden Lions won all four of its regular-season games in a shortened, yet unprecedented spring campaign, cracked the FCS top-25 rankings for the first time ever and played in the league's championship game for the first time since 2012.

UAPB also had nine players named to All-SWAC teams while Gamble was chosen as the conference's coach of the year. So there were an abundant of positives the first-year coach can take away from his debut season at the helm.

Still, he'd be feeling much happier about this past year had the Golden Lions not punished themselves in the season finale. UAPB was flagged 13 times for 139 yards -- both of which were season highs -- compared to Alabama A&M's 6 penalties for 55 yards.

For Gamble, it wasn't necessarily the discrepancy in the calls that he had the biggest issue with. It was the timing of the infractions that cost the Golden Lions more than anything else, and that includes the four turnovers they committed.

"Those penalties did us in," he explained. "Those were self-inflicted. We turned the ball over, but we withstood that defensively. They handled sudden change really well, and we scored off one of [Alabama A&M] two turnovers, so that kind of balanced that out some.

"But when you look under the hood, it was the penalties. It kept their drives alive, and that had our defense on the field too long. And those penalties that we had were the ones that take the wind out of your sails. ... It took the momentum away."

The momentum might have been snatched away against Alabama A&M, but the Gamble is intent on the Golden Lions building off the force they generated over the past 2 1/2 months that got them to the title game.

Gamble said he liked the fight his team showed when they fell behind 40-26 in the fourth quarter last week. UAPB got a touchdown with 2:30 left in the game, got the ball back with less than 40 seconds to go and had a shot to either tie it or win it from the Bulldogs' 22 before an Alabama A&M interception sealed the outcome.

UAPB is expected to return many of its regulars from this year's roster in the fall, including some seniors that were granted an extra year of eligibility because of the coronavirus pandemic. Gamble revealed that he'll have several players graduate Saturday and may have a few others transfer out, one of whom will also graduate. Senior Harry Ballard, who caught 23 passes for 313 yards and 3 touchdowns this season, announced Tuesday on Twitter that he'd be entering the transfer portal as a graduate transfer.

"It's great for our program," Gamble said about his guys' obtaining their diplomas. "I told these guys back in January that I didn't care if they ever played football again for us, just as long as they get their degree from here. So that's a great thing because they'll have that with them for the rest of their lives."

According to Gamble, the next step for the Golden Lions is one that he believes will happen much sooner rather than later.

"We've got to play with more discipline and be smart about how we do things out there on the field. We're going to add more pieces to the puzzle, though, and I'm looking forward to the 15 guys we've got signed that'll join us. We've got some other scholarship guys that'll be joining us to help shore up some holes, too. But we're going to be back, and we're going to go win [SWAC championship] later on in the year."