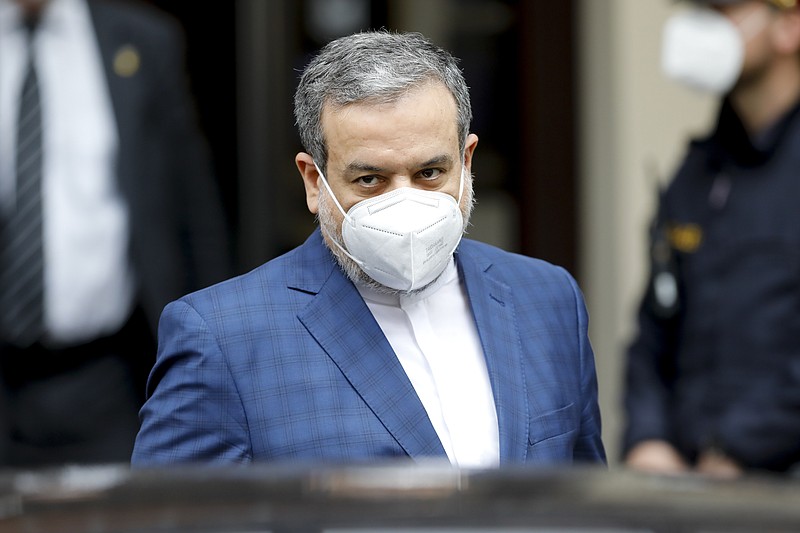 VIENNA -- World powers held a fourth round of high-level talks Friday aimed at getting the United States back into the nuclear deal with Iran, with both sides signaling a willingness to work out the stumbling blocks.

The talks began in Austria in early April. Russian delegate Mikhail Ulyanov tweeted after Friday's meeting that "the participants agreed on the need to intensify the process."

"The delegations seem to be ready to stay in Vienna as long as necessary to achieve the goal," he wrote.

The deal could be revived in the next few weeks if Iran agrees to rein in atomic activities that have begun "galloping forward," said a senior State Department official who asked not to be identified in exchange for discussing the negotiations.

Reactivating the accord between world powers and Iran would rein in the Persian Gulf country's rapidly expanding nuclear program in return for sanctions relief, substantially lowering tensions across the Middle East. Iran's currency has strengthened on the back of rising expectations that the country could soon be able to resume international trade, including the export of oil.

The U.S. pulled out of the 2015 deal unilaterally in 2018 after then-President Donald Trump said it needed to be renegotiated.

The deal had promised Iran economic incentives in exchange for curbs on its nuclear program, and the Trump administration reimposed strict sanctions on the Islamic republic in an unsuccessful attempt to force Tehran into new talks.

Iran reacted by steadily increasing its violations of the deal by enriching uranium to a greater purity than permitted, stockpiling more enriched uranium than allowed and using more advanced centrifuges, among other moves to try to pressure the powers remaining in the deal -- Germany, France, Britain, Russia and China -- for economic relief.

President Joe Biden says he wants to rejoin the deal, known as the Joint Comprehensive Plan of Action, but that Iran needs to return to compliance.

Speaking to reporters Friday at the White House, Biden said he believed the Iranians were approaching the talks seriously.

"But how serious and what they're prepared to do is a different story," Biden said. "We're still talking."

The pact is meant to prevent Iran from obtaining a nuclear bomb, something the country insists it does not want to do, and the government in Tehran has said it is prepared to reverse all its violations but that Washington must remove all sanctions imposed under Trump.

Still unresolved is what Iran's return to compliance would look like.

Delegates to the Vienna talks concede, for example, that Iranian nuclear scientists cannot unlearn the knowledge they acquired in the past three years, but it is not clear whether Iran's new centrifuges would need to be destroyed, mothballed and locked away, or simply taken offline.

Because the U.S. is currently out of the deal, there were no American representatives at the talks. Diplomats involved are shuttling between the Iranian side and a delegation from Washington elsewhere in Vienna.

Iran's delegate to the talks, Deputy Foreign Minister Abbas Araghchi, told Iranian state television after the meeting that his impression was that all sides were committed to finding a solution.

"The reports that are being conveyed to us from Americans is that they are also serious about returning to JCPOA [Joint Comprehensive Plan of Action]. So far, they have announced that they are ready to lift most of their sanctions, but we do not think it is enough," Araghchi said.

"That is why the negotiations will continue until we reach all our demands in this regard," he added. "If our demands are met, Iran will be quite serious about returning to its obligations in the full implementation of JCPOA."

Between the high-level meetings in Vienna of the so-called Joint Commission, expert groups have been meeting to try to come up with solutions to the outstanding issues.

Alain Matton, a spokesperson for the European Union delegation, which is chairing the meetings, said the expert discussions will continue in the days ahead.

"And the EU as a coordinator and facilitator of the JCPOA talks will continue with separate talks with all participants and with the U.S.," Matton told reporters.

The participants are continuing with discussions, which are held on various levels and which have as their objective the full and effective implementation of the deal by all sides and the U.S. return to the JCPOA."

Ahead of the talks, a senior U.S. official, speaking on condition of anonymity, said Washington has laid out the concessions it's prepared to make and that success or failure now depends on Iran making the political decision to accept those concessions and to return to compliance with the accord.

The official said it remains possible to reach an agreement before Iran's June presidential election, which some believe is a complicating factor in the discussions.

The May 22 expiration of a provisional atomic monitoring arrangement between Iran and the International Atomic Energy Agency has also infused the negotiations with a sense of urgency.

A decision to rejoin the deal would arguably be Biden's most consequential foreign policy move a little more than 100 days into office. The agreement with Iran has riven the U.S. from some Middle East allies and deeply divided domestic politics.

After entering the 2015 deal, then-President Barack Obama said the alternative might have been a military conflict with major disruptions to the global economy.

The warning still hangs over negotiators as negotiators try to defuse tensions that have threatened to tip the region into war and led to attacks on shipping in waters critical for oil shipments. Iran responded by ramping up its uranium enrichment, reaching levels near what's needed for a nuclear weapon.

Information for this article was contributed by David Rising, Philipp Jenne, Matthew Lee and Amir Vahdat of The Associated Press; and by Jonathan Tirone of Bloomberg News (TNS). 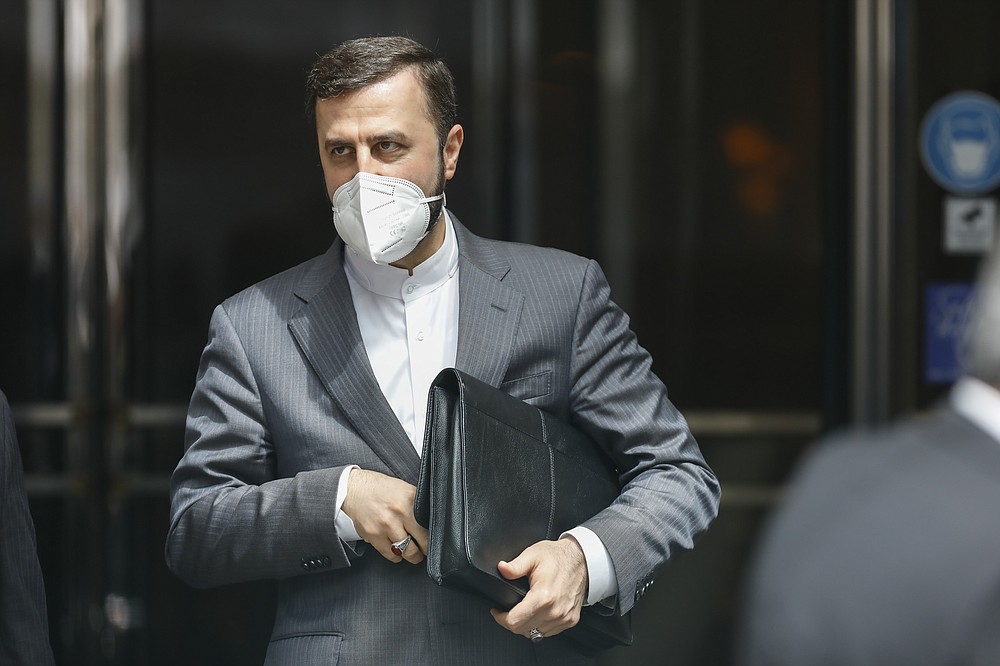 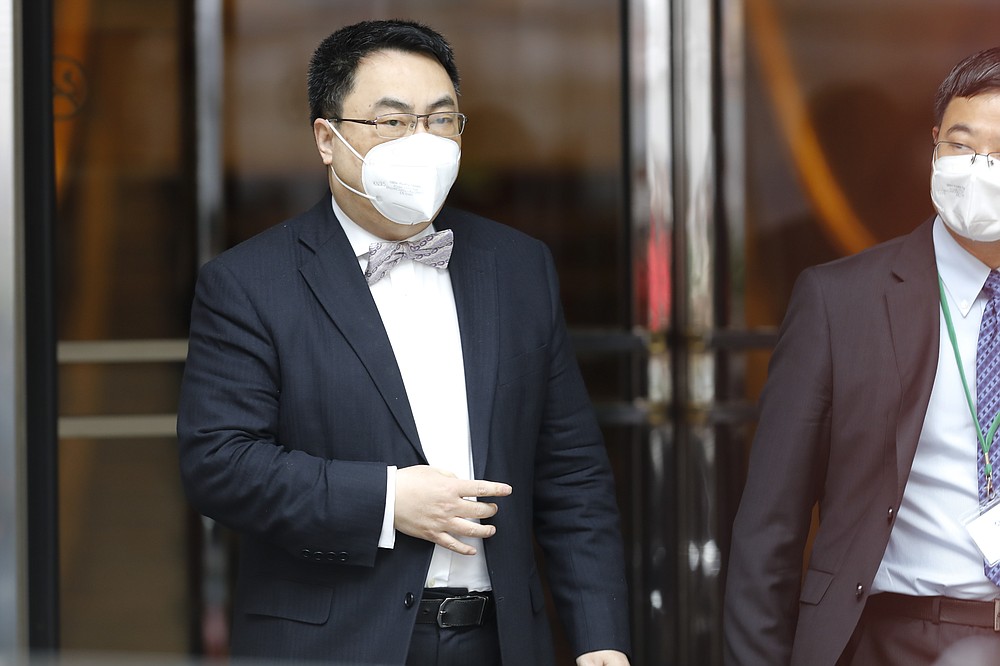 The ambassador of the Permanent Mission of the People's Republic of China to the United Nations, Wang Qun, leaves the 'Grand Hotel Wien' where closed-door nuclear talks with Iran take place in Vienna, Austria, Friday, May 7, 2021. (AP Photo/Lisa Leutner) 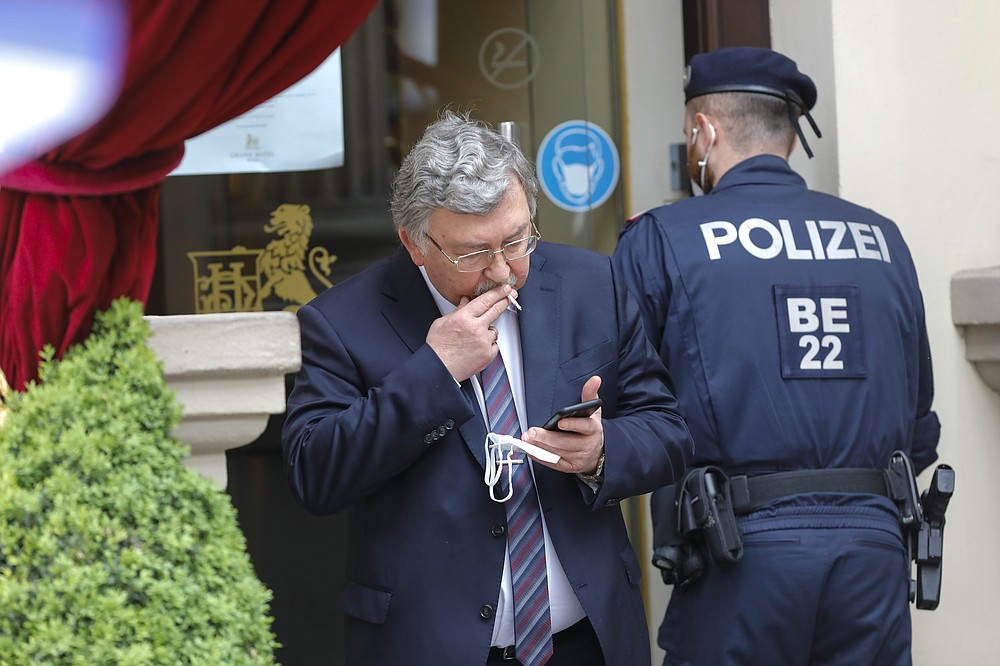